Vsevolod Shepelev, a first-year Bachelor’s student at ITMO’s Faculty of Secure Information Technologies, recently took first place in the Russian Sports and Athletic Contest. ITMO.NEWS talked to the student about how long he has been into sports, why he chose ITMO, and how he plans to juggle his hobby and student life. 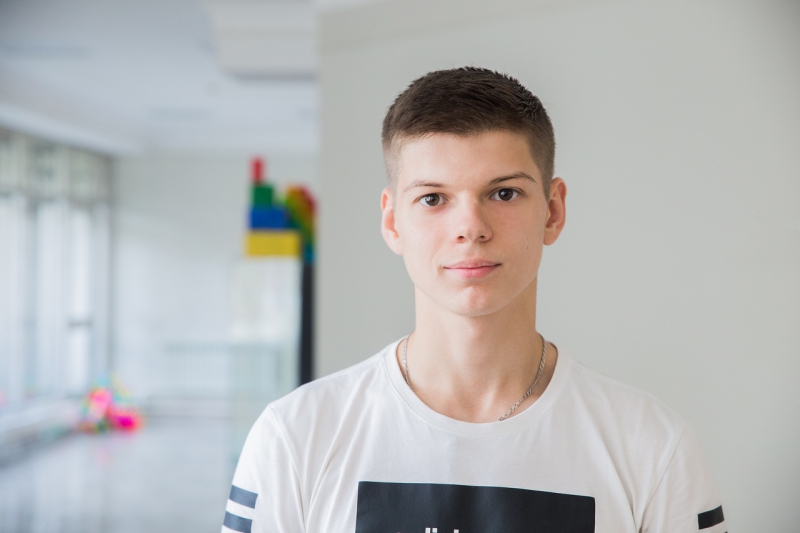 Congratulations on joining ITMO! How do you like your first couple of weeks here?

Thanks! I really like it here. When looking for an educational program, I was choosing between robotics and information security technologies. It was hard to make a decision, as I only had a very basic understanding of both and I also wasn’t sure if my score would be enough for this faculty. I’m now starting to learn what information security specialists do and I like it immensely. So I think that I made the right choice after all.

I’m from the Russian city of Tolyatti, and already in my high school years, I realized that I wanted to study in another city. I was choosing between Moscow and St. Petersburg. Two factors affected my decision: first, I have a brother who studies here, at ITMO, and over the years, I’d heard a lot of positive things about the university and its educational programs; and second, St. Petersburg is much smaller than Moscow, and I think that it’s easier here to combine university studies with sports. That’s how I ended up at ITMO.

For quite a long time. My sister introduced me to it when I was ten years old. I started as an amateur, but it soon became obvious that I was doing pretty well, so I started paying more attention to it and participating in various competitions.

This August, you participated in the Russian Sports and Athletics Contest. Tell us a bit about it.

This was the Russian Sports and Athletics Contest for school students born between 2000 and 2002. My team took first place in the team relay. I have not yet participated in international competitions but have already attended lots of Russian ones.

How often do you train to stay in good shape?

Aren’t you afraid that it will be difficult to combine sports with studies?

No, I’m not. I just plan to do all the assignments on time. But of course, it’s not going to be easy as I already know what it’s like, juggling studies and athletics.

Do you have a sports goal or dream in mind?

Yes, I would like to participate in the Olympics one day.

What needs to be done to become an Olympic athlete?

To put it simply, one has to join some institution, which sends them to the Olympics selection. For example, a sports school or a university sports club. And then you have to pass a selection process.

Have you already joined a sports club at ITMO University?

Almost. The selection hasn’t started yet, but I have already set my mind on what I want to do.

Don’t you think that your student life with its parties and snacks can pose a threat to your athletic goals?

I don’t think so. I’m very serious about sports: I’m going to cook my own food and train a lot and avoid alcohol.

What are your career ambitions?

It’s hard to say yet, as I have just started my studies and don’t know much about information security. However, regardless of my future specialization, I want to be a person who loves their job and does it well. This is my goal for now.