The competition is held annually by the Association of Student Sports Clubs of Russia (ASSC) with the support of the Russian Ministry of Science and Higher Education, as well as the Ministry of Sports. 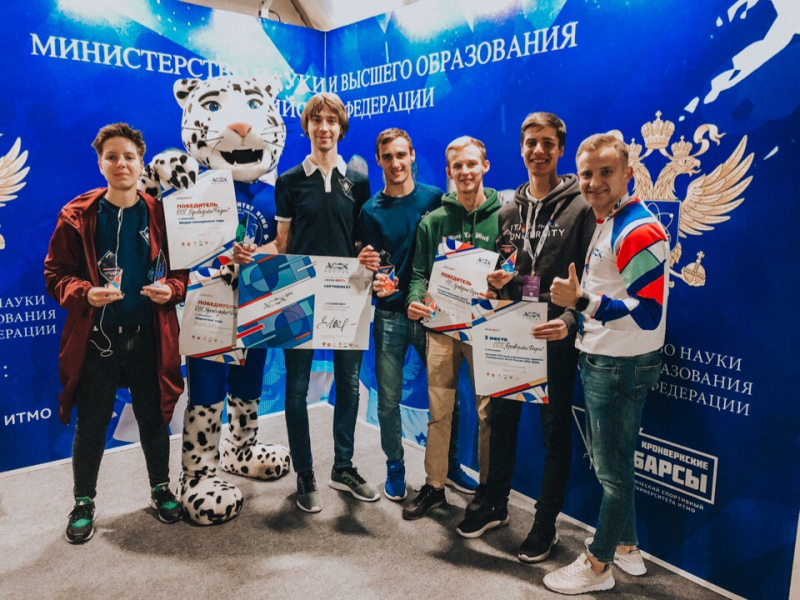 The winners were announced at the National Student Sports Festival ASSC.Fest, which took place in Kazan from September 30 to October 4 and brought together more than two thousand students from 185 Russian universities. By points total, ITMO University's KronBars sports club once again became the Best Student Sports Club.

The jury members, including Yelena Isinbayeva, the Olympic champion and the chair of the ASSC, Olympic champions Tatyana Lebedeva and Alexander Legkov, footballer Alexey Smertin, and basketball player Victor Keyru, evaluated not only the clubs’ outstanding achievements but also the quality of preparation and presentation. The final standings included unique practices and projects implemented by each of the clubs, their educational and corporate events, the quality of organization of the intra-university stages of the ASSC championship, and the club's participation in the Association's projects throughout the season.

The jury members commended how the club leaders navigated the lockdown situation: the KRONBARS.ONLINE project included nine interaction formats – a video training set, chess and poker tournaments, a running club and fitness challenges, as well as theme tests, webinars, and theoretical courses. It should be noted that the KronBars Online project was shortlisted for the professional MarSpo Awards 2020 in the nomination Best Anti-Crisis Solution in Sports Marketing. 3,800 students participated in KRONBARS.ONLINE

Media management and marketing of the club were assessed separately – with their distinctive features and best practices. According to these two parameters, the KronBars club especially attracted the attention of the jury – thanks to partnership campaigns with the Zenit football club and the ZigZag sailing school, and the company for the production of popular skins for CS:GO CS Money, as well as the unprecedented Cyberphysical Culture project. This project allowed students to take a PE test playing CS:GO and Dota 2 and it was widely covered in the media (over 130 mentions).

“Every day our team strives to be even better than yesterday. I think that the victory was ensured by our attention to detail and understanding that we are in the process of making a competitive product. We not only implement the Physical Education discipline at the university but also hold sports and educational events, help organize ASSC events, and come up with unique projects (for example, the KRONBARS.ATHLETES project, a program to support ITMO's athletes in extreme sports). In the future, we want to compete with professional sports clubs in the field of media and marketing,” says Angelina Shulyakovskaya, the club's PR manager.

KronBars received first places in the nominations “Best Marketing” and “Best Media Management”. The judges were greatly impressed with the curatorial work on social media groups and the number of SMM managers (there are more than 40 of them and each of them supervises one of the 44 sports section groups). The general manager of the club, Dmitry Rusanov, was named the Best Student Sports Marketer.

“The competition for the best student sports clubs has been held for several years already. It is not so difficult to win as to defend the title, because the club has become the winner for the fourth time. This is the achievement of a large team of athletes, student managers, coaches, and professors. We really stand out from other sports clubs, we experiment in our activities, come up with new formats for working with students, and make sports at the university popular, interesting, and convenient. We will keep on setting trends not only in student sports but also in mass and professional sports in general,” comments Evgeny Raskin, chair of the KronBars student sports club and head of ITMO's Department of Youth Policy.