For some years now, ITMO students have been regular participants of Google internships. To them, it is an opportunity to experience for themselves how it feels to work for one of the world’s most recognizable corporations. We got in touch with ITMO students and Google interns Vadim Brilyantov, Ilya Bizyaev, Viktoria Erokhina and Anastasia Postnikova to ask them about how to land a dream internship and how the time they spent at Google changed them. 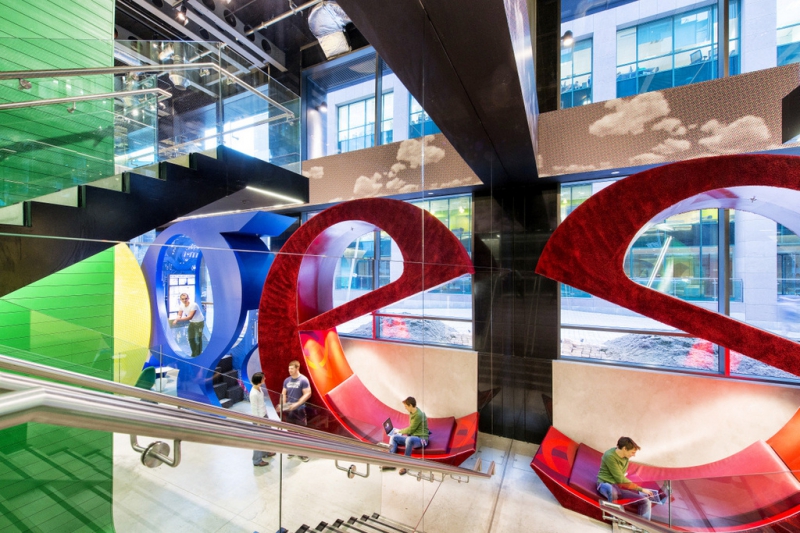 If you want something, have no doubt  - keep trying!

After passing my first summer exams at ITMO, I started thinking about where I could apply next year. I went around asking where the older students work or get internships at. Someone told me that Google was accepting first and second-year interns for the STEP (Student Training in Engineering Program) project. To get in, you needed to be not only a professional, but, more importantly, eager to learn. I didn’t really believe I could get it, but I was really passionate about the idea, so I started getting ready for interviews, and solving problems on algorithms and data structures.

I had two interviews, 45 minutes each, in November, and I was in two minds about them: on the one hand, it was an interesting experience and the interviewers were nice; but on the other, I was not pleased with my performance, as I was nervous and didn’t do as well as I knew I could.I spent the next three weeks wondering whether or not I had disappointed them over those 90 minutes. It turned out that I hadn’t and I was offered a position with a great team in Zurich, so by New Year I knew what I would be doing over the summer.

STEP is different from other internships because you have a teammate, an intern like yourself, and two project managers that can rescue you at any moment. My team was very kind and welcoming, and I never felt as if I was an intern that came there just to see the office. Each day over those 12 weeks, I was actually a member of staff. I also acquired the priceless skill of digging through someone else’s code and managing to understand it; my English reached a new level and I tried my hand at the different aspects of software development. The office was open over the weekends, but our managers insisted that we got some rest and used our opportunity to see the beautiful Swiss landscapes. And there was a lot to see, to be honest: that summer I went on several hikes in the mountains, visited a couple of nearby cities, swam with the swans in the Lake Zurich and got used to being surrounded by cyclists.

At the end of the internship, we received feedback from our managers that determined whether or not you get invited to another internship next summer. If your feedback is good, you skip interviews and go straight to host matching. This internship was my chance to have a great summer, meet new people and see new places, and to sum this all up, I want to say the following: if you have a dream, don’t give in to doubts and fears, you should try and never lose hope, and in the end, it might unexpectedly turn out just the way you wanted it to!

I spent my summer at an office, but it was worth it!

Like many other students, I landed a Google internship after sending in my CV, solving problems and passing several interviews. I didn’t think it difficult, although the process required patience. It was harder to sort out everything after I received the offer: getting all the papers right, renting a flat, and getting a visa.

All the Google interns are treated like any other newcomer. I discussed the project with my team and spent the next three months working on it, asking tons of questions in the process. The working hours are flexible, but you are encouraged to coordinate them with those of your other teammates. There is a lot happening at the office, there are regular lectures and talks, and also practical classes for interns. My calendar was soon filled with various events, apart from our usual team meetings.

I spent most of my summer at the office, but it was definitely worth it: it was my first experience of industrial development with a big code base; an opportunity to work on a significant project from its design to its completion and apply the knowledge that I acquired at the university; I also traveled around Europe and got to know a lot of great people. The managers were pleased with my performance, and I was offered another internship the following year.
This summer was a completely new experience for me that will come in handy in the future, I hope. To all those in doubt I say: do it, the application period for next summer is still open!

CV is your face for a company

I first got acquainted with Google back in my first year when a Google employee I knew offered to recommend me as an intern. I had been dreaming about working on their world-renowned products since I was at school, so I said yes. You can divide the application process into several key parts. One of the most important and significant actions is making a CV. CV is your face for a company; it is your CV that creates the first impression that is enough for a recruiter to decide whether or not they should start considering your application. In my CV, I included some key life and career steps (studying at ITMO, my victories in various contests), my work experience (at that time, it was working as a tutor and writing tasks for a school programming competition), and information on a couple of projects I participated in at ITMO.

I sent in my CV and after a couple of weeks, received a letter from a recruiter inviting me for two interviews. The majority of tasks required you to create an optimal algorithm that would solve a problem connected with data structure or mathematical objects. I had solved similar problems at programming competitions.

After the interviews comes host matching. That is done based on your knowledge and experience as well as your personal preferences, which you state beforehand in a special form. There, you can indicate your desirable programming language, city, and product that you wish to work on. With these details in mind, every mentor picks several interns and sets up a conversation with each, then choosing only one of them to fit their team. If the intern ends up liking the project and the mentor, it’s a match and everyone is satisfied. (Unfortunately, it also happens that an intern cannot find a suitable project and doesn’t go for an internship, even though they went through all the previous steps). Finally, you receive an offer from the recruiter and try to mentally prepare yourself for spending your whole summer in a new country.

This year, I did an internship in magnificent Switzerland, in the city of Zurich. It was a full-time job, meaning that I spent five 8-hour days at the office each week. And at the end of the week you have two whole days that you can spend hiking in the mountains or visiting other countries. My team was Product Search Quality, the core of the Google Shopping project, that works with the way goods are presented during a Google search and product recommendation algorithms. As a member of the team, I was developing a system that would automatically locate similar products in any country.

To me, an internship at Google was not only a valuable experience of industrial development at a large company, but also a great opportunity to broaden my mind as I got to socialize with people from all around the world.

People at Google like it when you come up with ideas

At school, when I was in the 9th or 10th grade, I started getting involved in programming contests: I went to special events, some were organized by ITMO lecturers; I took part in the Summer School of IT, one of the most famous IT summer camps in Russia that produces winners of many programming contests, including ICPC, and interns or employees of major companies. A lot of the teachers at the camp are employees at Google, Facebook, Yandex, JetBrains, VK and also are professors at the country’s best universities (ITMO, St. Petersburg State University, Lomonosov Moscow State University, Moscow Institute of Physics and Technology, etc.). I learned about the Google internship from one of the teachers when I was in the 11th grade. He himself was an IOI gold medalist and an ACM gold medal winner, had an internship at Facebook and now works at Google in Zurich. His stories (about the city and the company) had a big impact on me, finally helping me to determine one of my life goals.

I didn’t risk applying to Google in my first year, because it seemed to be unattainable for someone who had just entered university. I was also rather late, as it turned out you had to apply to Google almost a year in advance, in September-October, as opposed to Russian companies that open the application period in April.

In the beginning of my second year I applied to Google. The interviews were easy, as the problems were similar to those I used to solve in programming contests. I had to first discuss each task with my interviewer, then write the code in Google Docs and solve a modified problem if I still had the time. They were looking at my ability to talk my way through the process, think out loud, come up with hypotheses and apply different approaches. It is much better to demonstrate your ability to think, even if you don’t completely solve the problem, than to just say ‘The answer is 42’ without any explanations. The interviewers are always nice and try to help you, fixing some of your mistakes. After that I was invited to the final stage, host matching.
I got into the team developing search infrastructure at the Zurich office. We were working on one of the key features of this tool. It was fantastic, and, most importantly, I had a wonderful host. That is how they refer to superiors at Google. They try to avoid words like “director” or “boss”, opting for something less formal and more welcoming.

After my first successful internship, I was immediately invited to the next one. Most of all I wanted to go to London or Munich, but I happened to receive a very interesting offer in Dublin that I couldn’t turn down. It had to do with my favourite field (distributed systems) and networks that I’d long wanted to study. I got on very well with the team and found many new friends there, who I still keep in touch with, and the office itself was cool – there was even a swimming pool! Although, I should say ‘offices’, as there were a lot of them: Dublin is sort of like a European Silicon Valley. All of the major companies like Facebook, Google and Twitter have their European headquarters there. There is a drawback to that, of course, and that is exorbitant rent in areas near the office.

Ireland is a unique place, there is a lot to see: from the famous Cliffs of Moher that showed up in the fifth Harry Potter film to Riverdance, the breathtaking Irish dance show, which cannot be compared to anything. To cut a long story short, it was a great office and a great project, but, as we agreed with other interns, Dublin is a nice place for 3 months, with emphasis on the last words.