This year, SPIE Photonics Europe, one of the oldest and largest in scope conferences by the international society for optics and photonics SPIE, was decided to be held online. In this article, Antonina Dadadzhanova, ITMO University student and participant of the event, talks about its new format and how this experience can come in handy. 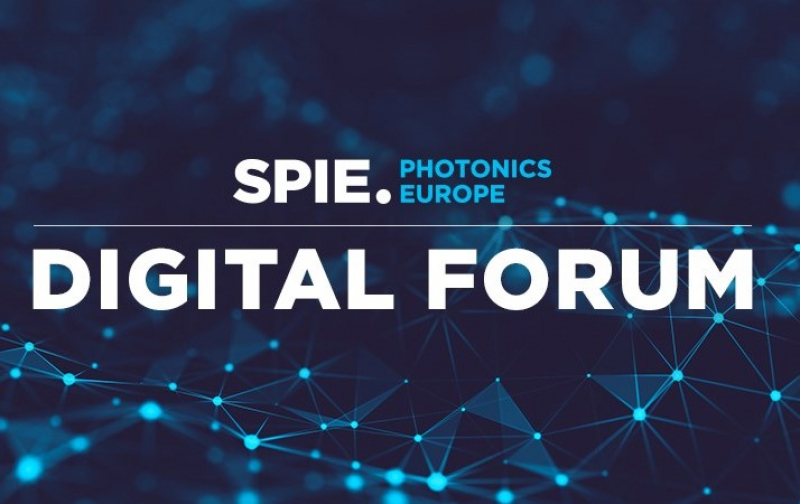 The pandemic left a major impact on scientific activity, a significant part of which is participating in conferences, symposiums, exhibitions, and summer schools. Many Russian and international organizations cancelled all their events, while others decided to accept the challenge, trying to adapt to the online format as much as possible.

The latter ranks included one of the oldest scientific events – the conference SPIE Photonics Europe, which was to be held in the beginning of April in Strasbourg.

Participating in the conference was Antonina Dadadzhanova, a student at ITMO University’s Faculty of Photonics and Optical Information. Her report was singled out by the members of the event’s committee to be presented at the conference and be further published in the scientific journal Proceedings of SPIE.

We’ll add that after the conference was moved to the online, its organizers revoked the registration fee. But to participate in many other international events held in the online format this year, the registration fee still stands. ITMO can help you pay it – the university supports its students’ participation in online events financially on competitive terms. Apart from online conferences, partial funding is also offered for participation in online schools, competitions, tournaments and other short-term educational events that can be monitored in ISU’s educational calendar.

ITMO.NEWS already wrote about summer schools you can still apply for, and this time, we spoke with Antonina Dadadzhanova to find out how unusual it was to present a report online, and how the experience of participating in online conferences can come in handy.

What was your first reaction when you found out you wouldn’t be able to attend the conference?

The SPIE Photonics Europe 2020 conference was supposed to be my first international conference held outside of Russia. After I was granted financial support by ITMO’s Academic Mobility Support Office, I was very much looking forward to the event, preparing my presentation and speech, choosing tickets to France. But the COVID-19 pandemic changed the plans of pretty much everyone working in science. Less than a month before the start of the conference, I’d been choosing tickets when an announcement was published on the conference’s website indicating that it was to be postponed indefinitely.

Of course, the announcement left me really upset, as I’d been preparing for the conference since September and writing an article to be published in Proceedings of SPIE. Fortunately, by mid-March the organizers agreed to accommodate everyone who had applied, deciding to hold the conference remotely, in the online format.

It scared me a little at first, because there wasn’t any general understanding of how it all would take place, whether the articles would be published, what would happen if the internet connection was unstable and I couldn’t fully deliver my presentation. To cut a long story short, it was hugely stressful for me.

But the organizers thought of and suggested to the participants an interesting format for organizing the conference: you had to prepare the presentation in advance and record the screen sharing bit with a voiceover for each slide. Finished videos were uploaded into the digital library on the event’s website – and for the entire duration of the conference, spectators could leave their comments and questions right underneath the recordings.

It’s worth noting that the conference’s online format didn’t impact my article being published in the journal Proceedings of SPIE, which is indexed in Scopus and Web of Science.

What was your report about?

My report focused on the study of the optical properties of chlorin e6 in melanoma cancer cells. I work at the international laboratory “Hybrid Structures for Biomedicine”, which is part of the International Research and Educational Center for Physics of Nanostructures. My work revolves around photosensitizers – special molecules which, when interacting with light and oxygen, are capable of generating a special type of oxygen, namely singlet oxygen. The appearance of singlet oxygen inside cancer cells leads to their destruction. One of the positive qualities of a photosensitizer such as chlorin e6 is its ability to accumulate exclusively in cancer cells. Thus, the combined effect of light and chlorin e6 leads to the generation of singlet oxygen, which causes the degradation of cancer cells.

One of the significant differences is the low pH of cancer cells, which can impact the physicochemical properties of any molecules or nanoparticles that are introduced into affected tissues. Guided by the fact that cancer cells have a low pH level, when working with such molecules scientists think about how to prevent photosensitizers from changing their properties – one way is to modify them by turning them into hybrid nanostructures.

What was important for us specifically was to study exactly how chlorin e6’s characteristics change in cancer cells – and we managed to register the spectra of molecules in cells and gage how the optical properties of molecules change in affected cells. The results were submitted to the SPIE conference in the Spectroscopy section of the Biophotonics track. Of course, I would’ve liked to discuss these results with colleagues from other countries and universities at the conference, as only a few research groups currently study photosensitizers’ properties.

And how would you rate the conference’s online format? To what degree does it substitute for face-to-face communication?

I believe that you shouldn’t be afraid of online conferences. If in the future, for some indefinite period of time, all scientific events are to be hosted in this format, I won’t mind participating in them. Of course, this doesn’t allow you to communicate with your colleagues face-to-face, but even in this case there are a couple of advantages.

Firstly, this isn’t at all taxing financially – for example, the organizers of SPIE Photonics Europe 2020 even decided to revoke the registration fee, despite the opportunity for publishing your paper. Secondly, this is quite convenient, because you can stay at home and simultaneously communicate with other speakers – via email, comments and in other ways.

In my opinion, there is also another advantage in regard to those people who want to deliver a public report for the first time but are a little afraid to do that. It’s not a secret that public presentations sometimes are very stressful for some people, scientists included. I think that online conferences are a great opportunity to get some public speaking practice and tackle your fears.

How did you get ITMO’s financial support?

To obtain this kind of funding, you have to pass an English language test with a level of B2 and above, and submit your invitation from the event’s organizers. As I already have an English language certificate from ITMO University, I don’t think it will be hard to apply for partial funding support in the future if some new conference comes up. ITMO’s always willing to help out financially so that we are able to present our works and the university at the international level.

Before this, for example, I went on a two-month internship to the Ben-Gurion University of the Negev, Israel – in this I was helped by the International Research and Educational Center for Physics of Nanostructures and my scientific advisor Prof. Anna Orlova.