From April 22 to 26, SPIE Photonics Europe 2018 international conference in the field of photonics and nanotechnology took place in Strasbourg (France). ITMO University was represented by a Master’s student Yulia Raxumova and a PhD student Aysylu Kamalieva from the Department of Optical Physics and Modern Natural Science. Read more about the conference’s procedure and the research presented by ITMO University. 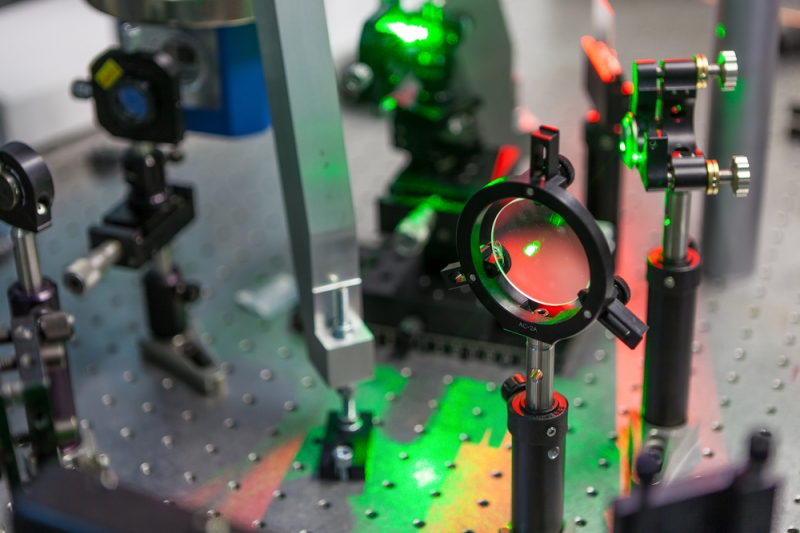 SPIE Photonics Europe takes place in some European city every two years. For one, SPIE Photonics Europe 2016 took place in Brussels, Belgium, and the next conference will also take place in Strasbourg in 2020. The conference is dedicated to scientific issues in the field of photonics and optoinformatics and consists of several sections: biophotonics, nonlinear optics, quantum technologies, and other. The event features poster sessions, oral presentations, and an exhibition of novel photonics equipment which is organized by Europe’s leading scientific centers. The conference’s organizer is SPIE Europe Ltd. international society, which manages internationally recognized conferences, educational programs and exhibitions of new technologies in the field of optics and photonics, such as SPIE Photonics Europe, SPIE Remote Sensing, SPIE Security+Defence, SPIE Optics+Photonics, and others.

ITMO’s representatives took part in the Nanophotonics section. For Aysylu Kamalieva, this was the second time she took part in SPIE Photonics Europe’s poster session. Last time, as a Master’s student, she presented a research dedicated to the effect of plasmonic nanostructures on organic molecules’ self-organization. This year, her research was dedicated to the development of a new type of a plasmonic laser - the spaser.

“A common laser consists of three elements - the active medium, the excitation source and the resonator, which is usually executed as a system of two or more mirrors. For the purposes of miniaturization, we propose a new design of the resonator, more specifically - using a metal nanoparticle that sustains plasmonic oscillations (collective movement of electrons). Thanks to that, the resonator can be surrounded by an active media, as opposed to classical lasers where the media is placed between the mirrors. For the media, it is possible to use both traditional organic dyes and semiconductor quantum dots. The main achievement of our work is that we have succeeded in creating nanolasers executed as a dry thin-film structure, which is very relevant for creating new electronic devices, while our colleagues from other research teams develop lasers in colloidal solutions”, explains the PhD student.

In the future, it will become possible to use plasers for creating an entirely new type of miniature electronic devices, as well as in flexible electronics. Thanks to the small size of the composite structures and the velocity of processes occuring in them, as well as their compatibility with existing technologies, it won’t take long to introduce them into the hardware components of optical computers and other data processing devices.

Yulia Razumova, another representative of the Department of Optical Physics and Modern Natural Science presented a joint project by ITMO’s International Research and Education Center for Physics of Nanostructures and Pskov State University.

“Our colleagues from Pskov have a technology for creating alumina hosts with ordered arrays of cylindrical nanopores produced by means of self-organization in process of aluminium coating in electrolyte (i.e. oxidation). Such hosts are almost transparent in the visual band and have high photo- and chemical stability. As for us, we synthesize molecular nanoclusters from radiative-responsive dyes which have a wide range of applications in different fields of nanophotonics. We’ve developed a technology for introducing nanoclusters into the hosts’ nanopores, and then researched the optical properties of such a material. As a result, we discovered a peculiar effect - the transition of optical excitation energy from the host to the nanoclusters. It turned out that by modulating the conditions of the aluminium coating process, we can produce nanopores with oxygen vacancies in their walls (defects in the structure of aluminium oxide) that are luminant in blue spectral band. This optical excitation is transferred to the molecules inside the pores, and thus the nanoclusters start to luminesce even though they are generally not excited by blue light,” comments the student.

According to Yulia Razumova, the scientists now face a global task - to come up with possible applications of these new composite materials, so the work they’ve conducted until now, important as it is, is just a foundation for future research. Nevertheless, the program committee of SPIE Photonics Europe, one of the most prestigious international conferences, held it in high regard and accepted Yulia’s report for oral presentation, even though students are generally only invited to do poster sessions.

The new composite has quite a wide range of potential applications. For one, they can be used in developing optical sensors for detecting various molecules that can be present in the environment in miniscule amounts. The porous structure provides for easy access of compounds to the molecular nanoclusters which can change their luminescence due to such interaction. What is more, activated nanoporous hosts can be used as lasers’ active media.

Yulia’s other project was presented as part of the poster section and dedicated to developing a method for synthesizing ellipsoidal silver nanoparticles, the so-called nanorods. Such particles exhibit plasmonic resonances associated with the oscillations of free electrons. The oscillations’ frequency depends on their material, geometry, and dielectric permittivity of the surrounding compound. In most cases of synthesis, spherical particles are formed, as they are more stable from the thermodynamics point of view. Nevertheless, a range of synthetic approaches makes it possible to produce non-spherical particles; the plasmonic resonances of those are shifted towards longer wavelengths in comparison with the resonances of spherical particles in watery medium. Consequently, for directed synthesis of elongated particles it is necessary to sustain artificially anisotropic growth conditions. In her work, Yulia presented a method for mediated nuclei growth - the synthesis of metal nanorods on micellar hosts of surface-active agents.

“Formation of nanorods is a nonstandard process. In the course of our research, we’ve studied the influence of different components of the synthesis on the formation and future growth of silver nanoparticles, as well as choosed the optimal amounts of additional agents that contribute to producing the longest nanorods. This way, we’ve succeeded in producing 300 nanometer-long silver nanoparticles with plasmonic resonances shifted towards the infrared area in comparison with relatively small (10-50 nanometer) spherical particles. We’ve also discovered that under the effect of external disturbances, an electric field, for instance, such particles can organize themselves into ordered arrays. The presence of a dipolar moment in nanorods and exposure to an electrical field contributes to attaining a particular orientation of these particles. This is why in future, we plan to start developing a method for creating ordered arrays of silver nanoparticles by using the effect of an electric field,” explains Ms. Razumova.

The profound interest in the near infrared region can be explained by not just the opportunity to observe certain fundamental regularities, but also possible practical applications. First of all, the main telecommunication wavelengths lie in the near infrared region of the spectrum, which is associated with the low losses in quartz fiber-optic communication lines. Secondly, nanoparticles of noble metals can be efficiently applied in solving particular tasks of biomedicine. For one, nanorods have been used as drug carriers for targeted delivery in tuberculosis treatment. Certain biological tissues and fluids are transparent in the near infrared spectral band, which is why nanoparticles synthesized from noble metals can be successfully used for diagnostics and photoradiation therapy; what is more, it has been proved that such particles are innoxious to living organisms.