Winners of the I am a Professional Contest Share Their Experience

The final results of the fourth I am a Professional contest were announced last month. Five of the contest tracks were hosted by ITMO University together with Sberbank. We asked some of these tracks’ prize winners and ITMO students who participated in the event to share their thoughts on this year’s contest. 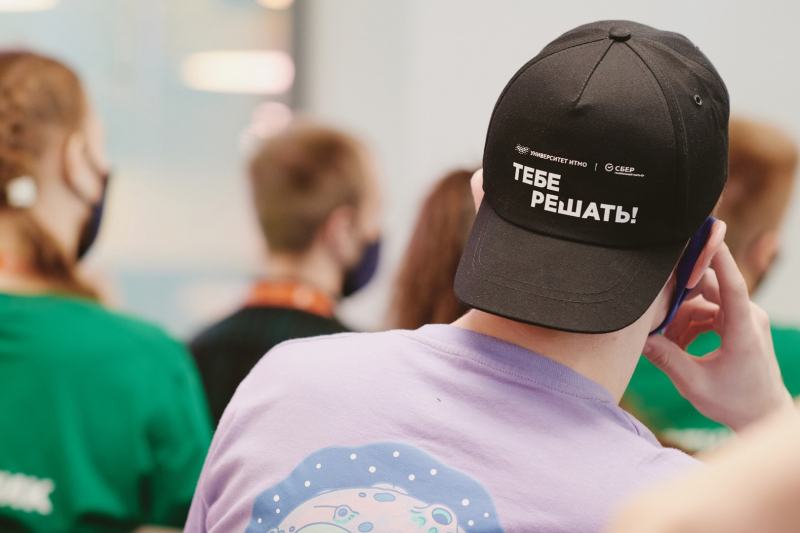 I’m a second-year student at ITMO University, majoring in control in technical systems. I love solving tasks so I try to participate in several contests each year. This helps gain bonuses such as an enhanced stipend and free trips to other cities that host contests. These competitions have also helped me enroll in my Bachelor’s program more easily and might do the same for my Master’s studies, too.

I decided to take part in the I am a Professional contest because I’ve participated before and knew it’s going to be interesting. Back then, I had a great experience with programming drones, so I bought myself one. I set it up in the dormitory and then let it fly to test controllers.

I code a lot, but at the time I had little theoretical knowledge, so I prepared for the first stage by solving the previous year’s tasks and studying the theory behind them. My efforts paid off and I ended up with a good result. The second stage was about programming the drone’s motion and computer vision. I had some expertise in both these fields so I didn’t need a lot of preparation to complete this stage successfully. Before the finals, everyone had to spend a lot of time writing a defense of their solution to the final task. It was my pleasure to present it, so I wouldn’t say it was hard. It was harder to wait for the results to be announced.

This year, the contest was less fascinating because it mainly took place online. Instead of real drones, we programmed virtual ones. There weren’t as many memorable moments as last year, when you had to dodge to avoid hitting a drone, see them come apart when they crashed, and watch them act as if on their own in the testing room. This year’s tasks were interesting, too, but I’ve received fewer emotions from the process because the drone I controlled wasn’t real. The best moment was the announcement of the results. I dreamed about winning this contest last year. I admired last year’s winners and suddenly, I became one, too. It was nice to realize that.

This year, the contest made me more confident. That means a lot. I got into robotics and programming two years ago and even though I’ve won team tournaments in robotics, that was a group effort. This contest is the first one in this field that I’ve won personally. That’s how I proved to myself that I’m able to win a robotics contest on my own.

I decided to participate in the I am a Professional contest because I absolutely admire such events. They take you out of everyday life and plunge you into a completely different atmosphere. For me, this was a unique opportunity to make many acquaintances from different parts of Russia, learn something new, and just spend time pleasantly and productively while surrounded by like-minded people.

I decided to participate in several tracks at once. After all, such subjects as physics and mathematics are always studied together. In addition, most of my work in the lab is about coding, so I had no doubt about my desire to participate in the information technology track. Having chosen these fields – physics, mathematics, and programming – it was difficult to say no to other, related ones. In total, I entered the qualifying stage of 13 tracks and took part in seven finals.

The fact that I’ve participated in various contests before and had some experience in tutoring students has played an important role. The easiest way to memorize and understand something is to explain it to someone else. Plus, my knowledge in particle physics that I’ve obtained while working at a lab helped me solve the tasks of the megascience projects track. The same goes for the track in nuclear physics: that’s where I had to train in order to solve tasks quickly because I knew that 10 tasks will have to be solved in only three hours, 20 minutes of which are for scanning and uploading your solutions.

However, I wouldn’t say that the tasks were the hardest part. It was harder to manage time during the preparation: find some free time, see what aspects should be worked on, and distribute your resources between them.

I’m quite satisfied with this year’s results, but there’s still room for improvement. I will analyze my mistakes and prepare for the next contest – this time, as a Master’s student.

I learned about this competition in my fourth year of Bachelor's studies when I accidentally saw an ad for it and decided to take part just for fun. This was only the second season, and I, without really counting on anything, was able to win the silver medal in Software Engineering thanks to the skills received during lab work. Thanks to this medal, I was able to enroll in a Master’s program at ITMO University, where I’m now completing my second year and plan to apply for PhD studies.

Last year, in the third season of the contest, I took part in four tracks instead of one and also invited my university friends to enter, too. They’ve also won medals in Software Engineering. This year we participated together and as a result, more than half of the medals in our track went to ITMO Master’s students.

When it comes to the Internet of Things and Cyber-Physical Systems track, I discovered it for myself last year thanks to my interest in electronics and robotics and decided to test my knowledge. This helped me win a bronze medal last year and a gold medal this time. Unlike Software Engineering, there are no courses related to programming of microcontrollers or robotics in my program, so I could only count on my own skills. I also took part in the Programming and Informational Cybersecurity tracks, but didn’t win in the finals.

I didn’t spend too much time preparing for the contest since it wasn’t my first time and I more or less understood what to expect. In addition, the tracks are well spaced in time, which allows you to take a break between stages. This year, due to the remote format, the final stages of both the Software Engineering and the Internet of Things tracks were changed and became much more creative, which, on the one hand, gave the participants more freedom in solving tasks, and, on the other hand, shifted the focus from theory to practice. For example, in Internet of Things, it was necessary to design and implement a “smart mine” system with practically no restrictions related to technologies, and in Software Engineering we had to come up with a “smart fish farm” management system, paying special attention to the economics of the project. Such tasks allow you to apply your practical knowledge and skills, and not just dry theory, which in IT often quickly becomes irrelevant. For this reason, I liked the finals of this year much more than the previous ones, although I had to spend quite a lot of time due to the increased complexity of the tasks.

For me, the contest was an opportunity to test myself and have my skills validated by industry experts, as well as receive benefits when entering the next stages of studying at ITMO. And, of course, to add something to the list of achievements that may be of interest to employers. Unfortunately, I couldn’t take part in educational forums as I couldn’t combine them with studies and work, but I am sure that participation in them would have given me a lot of new and interesting experiences.

I’m in my first year of Master’s studies at ITMO University. After acquiring my Bachelor’s degree, I changed my field of studies and now I’m in the Big Data and Machine Learning program. I’m engaged in machine learning and data analysis.

Last year, I was a medalist of one of the tracks so this time, I wanted to repeat or improve my results but only managed to become a prize winner again. I didn’t purposefully prepare for the contest: I used knowledge and skills acquired during work and study. Plus, most tasks were similar to last year’s so I was less nervous than back then.

It was, however, hard to find time for participation. I applied for eight tracks (twice as many as last year) and in most of them, I made it through two or three stages. Overall, I loved it. Some tracks had fascinating tasks, while others were more conventional. I didn’t manage to exceed last year’s result, so now I know there’s a lot of room for improvement. Plus, I will receive a money prize, which is also very nice.

My major isn’t connected with IT at all, but I do a lot of supplementary studying in the fields of product management and technological entrepreneurship. Now I have several projects: one is related to commodities trading and another – the one I presented at the contest – is a flat-sharing service that we’ve been working on since November.

In my third year of studies, I participated in the I am a Professional contest and won the management track. This year, I took third place in technological entrepreneurship and only lacked five points to take it in management, too.

It wasn’t hard to present, as I’m used to public talking – I often do pitches and participate in conferences, so I don’t feel awkward and nervous. But at the presentation, my microphone stopped working and there was lagging, so I was worried if I’d be able to carry on. However, the jury realized that overall, I’m well-versed, and rated me highly.

Unfortunately, I’m the only girl among the prize winners of my track. I don’t find it surprising because there are more men in entrepreneurship. I think it’s caused by social and cultural inertia: it’s assumed that girls shouldn’t do business or study math. However, it’s just a stereotype; anyone can be into anything and succeed in any field.

That’s why it was so nice to become a prize winner: I’m proof that girls are not worse than guys when it comes to intelligence or entrepreneurial skills. If I would’ve spent more time on preparation and finished on time, I might’ve won gold, too.

I’ve also met many cool people at the contest and received funding for my project. Moreover, I confirmed to myself that the practices I employ are functional and efficient in the field of technological entrepreneurship. It’s also great that there’s a program in this field at ITMO. I’m glad that universities are starting to work in this direction.