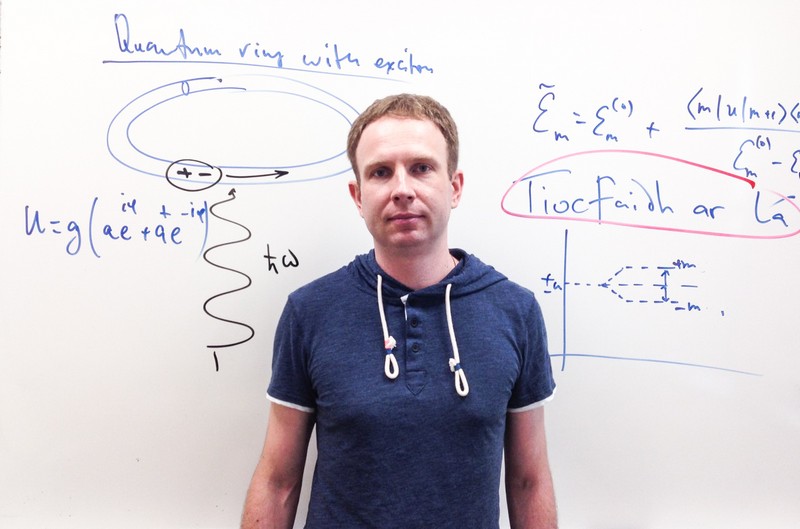 Why did you choose ITMO University to work at?

I was born in St. Petersburg. I graduated from Peter the Great St. Petersburg Polytechnic University. Having defended my PhD thesis in 2001 I left Russia. I worked in France, the UK, and Brazil as a professor. Seven years ago I emigrated to Iceland. However I wanted to come back to St. Petersburg that is why I started to work here. Moreover, it is a reputable university, where I can focus on my field. I research condensed-matter physics, solid-state optics and many other fields. Apart from participating in ITMO Fellowship program I head Laboratory of Light-Matter Coupling in Nanostructures. My colleagues and I research quantum microresonators and quantum transport.

Please tell of your field in details.

My field is light-matter interactions. The phenomenon called weak interaction is well-researched issue connected with such processes as emission and absorption of photons. That is why we focus on another way of electromagnetic interaction, which is called strong coupling. It causes inseparability of photons and electrons leading to their hybridization. It results in appearance of polaritons.

How does this research can be applied?

It may help to develop a new type of laser called polariton laser, which has improved characteristics. It will be applied for optical computations that are faster than computations based on electric signals that are used in common computers. Furthermore this low-power device will consume less energy than modern lasers.

Apart from that we work on a pioneering research connected with quantum transport in strong coupling regime. Our project is centered around conductivity of mesoscopic structures. Despite of the fact that we started this theoretical research only a year ago we have got some interesting and unexpected results. For instance, electrons` transport properties and spin relaxation properties of 2-d systems can be managed by irradiating them with high-frequency field. It allows to suppress photon scattering. According to preliminary estimates, the indexes have increased by several times. These results are very important for developing new micro devices.

What do you thing about the gap between theoretical science and empirical research in Russia?

Unlike the European researchers Russian scientists face this problem more often because it is very difficult to buy something for scientific needs. Being theorists we don`t undergo such difficulties because the only equipment we need is a computer. I know that those who provide empirical research feel the lack of equipment.

Furthermore Russian scientists have too much paperwork. It distracts them from their projects. European researchers also present the reports however it is easier because they are not so detailed. For example, after completing one of my full-fledged projects in Iceland I presented a five-page report.

What European practices may be adopted by Russian experts?

First of all I think that post-doc positions should be implemented. Thanks to short-term contracts this system is more flexible; it will give Russian researchers an opportunity to move up the academic ladder. Fortunately ITMO University uses this experience: it has already hired two post-doc fellows.

What should be done to attract more international researchers?

To make Russia more attractive for researchers from all over the world one has to increase salaries. I also suppose that it is necessary to implement courses taught in English because international professors cannot give their lectures in Russian. We also have the following problem: international PhD students cannot enter ITMO University it is prohibited to defend their papers in English and other languages. Attracting of top-level professors can be provided by so-called tenure. It is a professor`s permanent job contract, which forbids to discharge them. Thus they will be confident in the future.