ScienceFest, Day 2: Phygital Technologies And The New Approach To Museums

The second day of ScienceFest was mostly dedicated to such subjects as space and robots. Among other topics, the public especially enjoyed the Teslatoriumtheater, the lecture by Oleg Yusupov and Ivan Unitskiy on phygital interfaces, as well as the presentation by Sergei Stafeev who gave a review on modern museums' new features from quite an original point of view. 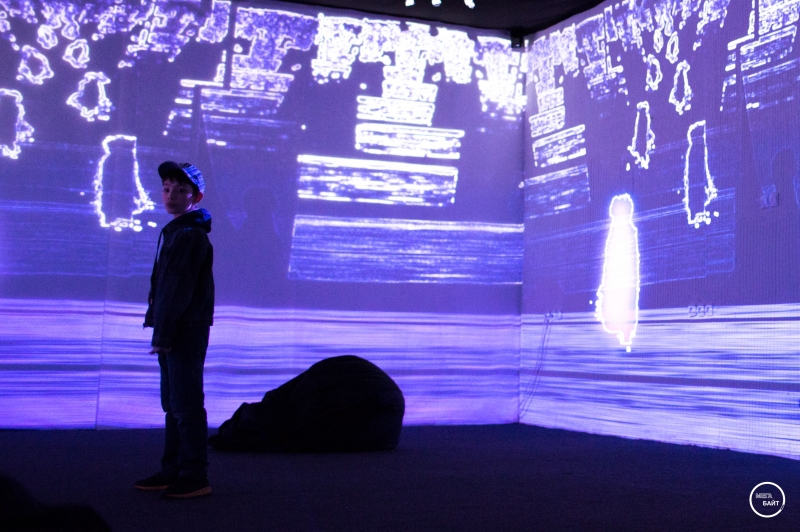 Oleg Yusupov and Ivan Unitskiy, founders of the MIXAR conference, the VAMP community and the MAAS advertising agency that makes use of VR and AR solutions shared about the new field of technology that has recently come to be. According to the lecturers, we will soon have to deal with many new phenomena that exist at the confluence of things physical and digital.

The classical interfaces are now implemented with many new variations -in a sense, we enter a new stage of human-computer interaction. With time, human-computer interaction constantly transformed. The Apple Company has already revolutionized interfaces twice. The first time was when they foresaw that there will soon be a computer in every house, and created a graphical user interface, so that humans would interact with computers by using the desktop and similar instruments. Then, about 10 years ago, they've developed smartphones that didn’t use a keyboard and used the Multi-touch technology, the DigitalUserInterface; in essence, people started to interact with computers by simply pressing icons, and no longer needed to use the mouse. Now, developers search for new ways of human-computer interaction. The new NaturalUserEnvironment implies interacting with the device without having to touch it.  So, what is that about? As we now have many new sensors, such things as gestures or sounds can be used to track one's position in space.

A good example of that can be the interactive sandbox that uses common sand, position sensors and a Kinect controller. Depending on the surface pattern, the program projects different realistic textures of mountains, volcanoes, flora and fauna, etc. on the 3D model of the sandbox. Thus, by changing the real object, the person can see how its digital interpretation changes. Interfaces based on such sensors aim to be almost invisible, as they aim to makehuman-computer interaction more natural. Sergei Stafeev, D.Sc. in Engineering and curator of ITMO's Museum of Optics, shared about how modern museums cease to be just safekeepers of memories of the past, but start shaping future as well.

The scientist decided to focus the audience’s attention on science museums as opposed to classical ones.  It all began with the House of Popular Science which was opened in 1935 in Leningrad at the initiative of Yakov Perelman.  The idea of promoting science to the public spread throughout the world, and now one can even create an ontology on establishments that cultivated this idea. For instance, there are now 19 centers in Portugal that promote science to children.  There're even traffic routes for buses between these centers - the organizers use a complex approach to popularizing science. Now, museum curators from all around the world are beginning to understand that traditional exhibits like XIX century microscopes or first model railway layouts are no longer enough to impress the public. This is why they are set on using new approaches that have to do with combining art and science. In terms of the museums' outer appearances, a great example would be Calatrava's City of Arts and Sciences in Valencia, Spain. According to its staff, 70% of maintenance expenses go to cleaning its windows. The facade of another project - the Swiss Technorama center - is constructed from several thousands of mirror plates that oscillate depending on the air flow so one can observe the wind’s dynamics.

To combine both history and modernity - this is what museums aspire to achieve, and this has to do with not just their outer appearances. Today, along with classical exhibits, hi-end technologies are also used in exhibitions. At ITMO's Museum of Optics, they use optical effects, optoclones and holograms. Two years ago, 13 optical clones of exhibits from the Faberge Museum were presented at the museum. Advanced optical technologies were used for making these clones, and one would find it hard to discern such clones from the real item. Optical technologies can even become true saviors for museums, like when an exhibit was lost or transferred to another institution, an optoclone can replace the original. Holographic copies are also great for solving certain tasks. Such images are most realistic - they portray not only the form and the material of an item, but even the smallest details, including shadows and shades. Also, notes Sergei Stafeev, holographic technologies have many applications in other fields: for instance, holographic cartography is used by the military, as holographic maps are non-susceptible to network attacks.