Why is taking online courses usually not so effective; is there such a thing as mosaic thinking - and can AI radically change the age-old system of education? EdTech Space, an online-conference devoted to new technologies in teaching, was held at the Webinar studio yesterday. Participants of the discussion spoke about brain science, AI and new approaches to education. More on how taking into account cognitive characteristics can improve an educational course, whether AI stands a chance to change the entire paradigm of the modern education system founded 1000 years ago - in this ITMO.NEWS material. 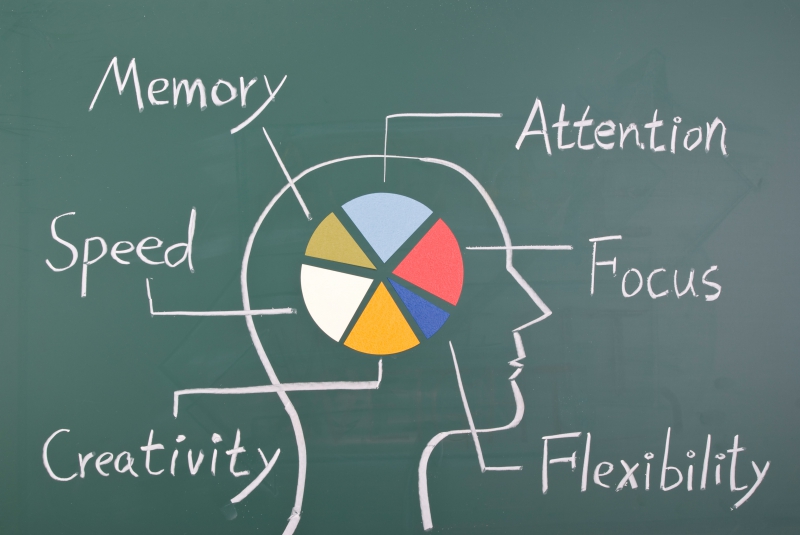 Evgeny Buyanov, co-founder and CEO of 4brain.ru (an online-training project developing soft skills), research fellow at the Department of Economics of Innovation at MSU, spoke about cognitive models and cognitive features of online education in the context of 4brain.ru.

When a person is studying something, there are two systems at work: system 1 and system 2. According to Daniel Kahneman, these two systems are fast and slow thinking. The scientist won a Nobel Prize for this research. When people apply for an online course, they often take it lightly. After all, they are using only simple cognitive abilities to process this information. However, when they are facing more complex tasks, they don’t want to turn on their slow analytical thinking. But in fact, it should also be trained. "Internet is abuzz discussing how mosaic thinking works: namely, that people seem to perceive information quite quickly, but in reality they do not. People have always perceived information this way. It’s simply a feature of human psyche. However, people tend to exclude their slow thinking if their fast thinking can cope with a task. 99% of the time we are using our fast thinking system. So, people who follow our online courses have difficulties when they are facing more complex tasks that can’t  be solved so quickly. They are challenged to use the resources which they normally don’t use. Therefore, some difficulties may arise and people may give up on their training," - explains Evgeny Buyanov.

Other two cognitive processes are the so-called layers of reading and peripheral vision. In fact, people are not reading, but watching nowadays. People start reading any text with a quick scanning of its headings. It allows them to grasp the material quickly. After that they look at illustrations. And only if something resonates with them, they start reading and researching the text in detail.

Reading layers have many features. So, people often tend to use peripheral vision more than the central one in order to catch the essence of what they see. There are several rules which are legitimate almost in every case: people subconsciously connect the objects located next to each other; colors have an irritating effect on the eyesight; font size of a text plays an important role; people give preference to short lines despite the fact that they read longer ones quicker.

Cognitive dissonance is another cognitive feature that can be used when designing a course. It was discovered by Leon Festinger in 1957. The scientist found out that people get uncomfortable when facing a certain logical contradiction. So, people have the need to justify information they get at a course if it was different from their preconceived notion of it. Let’s say, a user buys a course and then discovers a lack of interest in it. However, that user subconsciously turns on a psychological mechanism which allows finding positive features in that course ("I bought this course and thus can not be deceived"). So, how does one work with a cognitive dissonance in education? Due to it people speculate and fantasize more - and adding different metaphors can be a plus for an educator. There is even a "Socratic Dialogue" trend: when a person, instead of receiving information from the outer source, comes up with answers themselves - and thus, internalizes the knowledge and ascribes a higher value to it later on.

Fear is another factor. Many people are afraid of online education and new knowledge. We observe it on a regular basis during our courses. Not all people complete the tasks given to them. Many of them are reluctant. Some have a feeling that they are doing something wrong and are afraid of looking stupid and being judged by their peers. Systematic desensitization can help fight these fears. It’s a system where a person is gradually getting involved in facing the objects of their fears. "Let's say we have a course in storytelling. First, every student has to answer five questions and test their knowledge. Usually, everyone can pass this test. Then this user receives a case. They are expected to read a few questions concerning this case and answer them. The test ends with a mutual evaluation: the user has to write a story and get some feedback from their co-students. And this is usually the most difficult part because it involves social fears," - says Evgeny Buyanov.

The Parkinson’s Law (system of deadlines)

Setting a deadline for a task is an effective time distribution tool. Earlier, courses had no time limit: one could take the purchased course anytime. This system proved to be ineffective, - Evgeny Buyanov explains, - people usually dropped such courses. However, if a course has a preset deadline, it works differently. Students then start distributing their time more evenly and logically in order to meet the deadline. We know that people’s emotions have an influence on their motives. Our motivation depends on our expectations and needs. So, if expectations were overstated and the need was serious enough, then as soon as expectations are not justified the emotion becomes sharply negative - which affects student’s motivation greatly - and they can abandon training. Our body’s natural reaction to frequent negative emotions is apathy. People try to avoid negative emotions. So, it is easier for them to drop the course altogether. Therefore, I advise you not to give users high expectations from the beginning. If the need is high, then the student will advance by taking small steps and will work on self-discipline better.

This law states that high motivation may even be harmful. Most people are good students when they have an average or even low motivation. In this case, they face any failures - and there can be many of them in the course of their training - calmly. And they can also study much longer and more efficiently. We often notice: people who are very enthusiastic at the beginning of the training often drop the course - sometimes, even during the first week.

So, in order to create an effective course, one needs to build a proper timetable, set deadlines for passing certain modules, consider the forgetting curve and provide material for repetition in time, as well as use tasks that would turn on one's slow thinking, - suggests Evgeny Buyanov. AI in Education: will computers ever teach humans?

Taras Zagibalov, founder of SmallStep service, spoke about whether AI is needed in education and what it can radically change.

The modern paradigm of education was developed approximately 1000 years ago with the emergence of the first universities in Europe. One-fit-all approach was developed at the same time. It’s an approach to education when the system is designed for the average student. And modern electronic means of teaching can’t change this paradigm radically. So, MOOC (massive open online course - Ed.) is the same old classroom in a digital format. Students are still studying the same content, regardless of what their individual interests, inclinations, abilities or goals are.

There is a great number of fields in education where AI can change a lot. A change in the economics of education becomes inevitable. If we can create tools that will simplify preparational routine work and will aid the organization of individual learning processes, this will bring down most costs in the educational system dramatically.

However, if we have an individual training track for each person from the very beginning, then probably other players of the education market will be ready to pay for it. Companies often retrain young professionals nowadays. It means that they have courses for retraining young specialists in their structures. Then why not make a training track that will suit the employer and include these costs in the period when a future employee is still studying? While interactive education is not a novelty, it can be reformed.

"Interactive education exists now in the form of drop-down windows and engages fairly primitive operations with the given elements. However, if we turn it into exposure training where VR is involved, it will entail interaction with an actual object. Thus, we will let our trainees have a proper hands-on experience and may see the result no one has ever expected," - says Taras Zagibalov. "AI can impose a change of the whole educational paradigm. We are talking about personalization of training here," - the speaker continues.

Currently, there is a concept of differentiation in education. The teacher determines what different groups of students there are in their class (weaker and stronger students, those more interested in chemistry and those interested in physics) and then tries to adapt one course for all of them. Personalization is generally the same process: however, it is aimed at a particular student and not to the whole group.

Student (and not the teacher) becomes a focal point in the process of personalization. So, the entire educational process is built around them, their abilities and needs, - comments Taras Zagibalov. This also solves the problem of mastery learning, which implies not skipping any stages of the learning process. "You may be satisfied with getting a C to complete a class in a modern school. However, this approach compromises the foundation for the subsequent stages of training. If a student doesn’t master the fundamental things at the beginning of the course, then they will constantly stumble upon them and will be haunted by this painful feeling. According to the Mastery learning concept, everyone should master at least 90% of the material that was taught," - the speaker explains.

The changing role of a teacher

Teachers once played the main role in the differentiation and individualization processes, but now, with the change in the educational paradigm towards personalization, their role changes. So now, teacher becomes a partner and maybe even a resource which helps organize the All-fit-one and not One-fit-all educational process. In this case, the students won’t have to gather around the teacher, take one common course, or go to the same school or university. On the contrary, the whole learning process will be organized and adapted to particular needs of each student. While all of the above is still a rather distant future for our educational system, it indicates the vector of its development, believes the speaker.