With more than 16,000 members around the world, the VR/AR Association is the world’s largest community of developers and entrepreneurs in the field of VR and AR. Last week, ITMO University hosted this year’s third VR/AR Association meetup, dubbed the Japan AR/VR Day. Among the event’s speakers were representatives of major Japanese companies in the field of innovative technologies. They spoke about the varied applications of virtual, augmented and mixed reality technologies, as well as their potential when combined with technologies such as artificial intelligence. The meeting was organized in collaboration with ITMO University’s Educational Center of Graphic Technologies and Center of Usability and Mixed Reality. 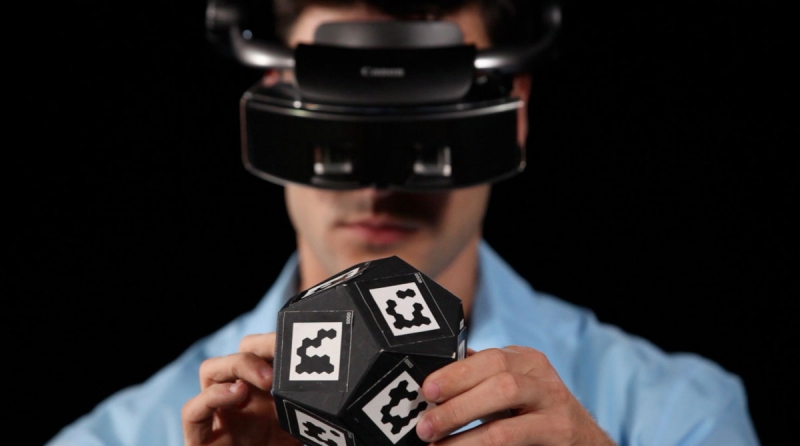 Takehi Wataru, CEO of Synamon, on VR in human-computer and human-human communication

Synamon grew out of a startup launched in 2015. The company’s mission is to create optimal communications solutions using VR. We believe that virtual reality is the future of communication. If we look at the history of industrial revolutions, we’ll notice that each one changed the format of global communication. An important element of the fourth industrial revolution is the concept of cyber-physical systems (CPS), which are based on the digitalization and virtualization of production and sales alike. Virtual reality is a part of that.

The main goal of the fourth industrial revolution and Industry 4.0 is to establish communication between humans and machines using the Internet of Things and artificial intelligence. When we talk about communication, we think of the human-to-human kind, but in fact, human-object and human-machine communication is evident even at the earliest stages of human life, like when a child talks to their toys. Virtual reality technologies are used, to a large extent, for communication. Take, for example, VR chatrooms.

Our company’s motto is “Virtual reality is communication”. We’re currently developing an application called Neutrans, which provides access to a virtual world where you can communicate with others, as well as create your own virtual realities. There are three main features: first, it provides a platform for communication. Secondly, it can be used for working side-by-side with others. And finally, it can handle a large number of users simultaneously.

The three key advantages of VR is that it lets you work with others remotely, share 3D objects with each other, and to also exchange experience. The application will be available as a subscription service, as well as a tool for R&D centers that work directly with clients.

Our clients today are international production companies who use the application to train their staff or teach them English. Our goal as a company is to make VR as accessible and commonplace as the internet.

Hisato Matsuo, CEO & President of Team AIBOD, on integration of AI and AR.

Our company was founded three years ago by members of the scientific community and focuses on AI technologies. Our current project combines the functionality of AI and an appraiser. The iPad app MEKIKI can be used if you want to, say, sell a brand bag or wristwatch that you no longer need. Usually, you’d have to take this kind of item to a pawnshop and have someone appraise it. We, however, want to teach an AI to do the same.

First, the system takes pictures of the item and evaluates it based on several parameters. It identifies the object, its quality, confirms that it’s not a fake, and then moves on to the assessment. There are three functions: the app identifies items, assesses their quality, and then collects this knowledge to then provide a final appraisal. Items are sorted by brand, make, design, material, color, item number, and more.

We use augmented reality to make the interface more comfortable. We aren’t experts on VR, and chose that tool only because it allowed us to make using the app as easy as possible.

Kabuto Masayuki, Deputy Head of Engineering Solutions Department at Canon IT Solutions, on the MREAL technology

Canon IT Solutions creates technologies for businesses and the industry. We use a technology that combines three types of reality – virtual, augmented and mixed. We call it hybrid reality. Hybrid reality allows you to see “through” objects. ​We’ve worked with this technology since 2012, when we launched commercial production; in 2018, we also began developing business solutions.

When we say hybrid reality, we mean a combination of actual reality with a virtual world. What makes the technology special is that the camera axis and the real axis are in the same plane, which removes the unpleasant sense of discrepancy, because the real and virtual fields of view are aligned. The difference between virtual and hybrid reality is that in the case of the former, if you’re not holding a controller but simply reaching out with your hand, you won’t feel anything. In addition, virtual reality doesn’t let you look at your feet or from side to side, which gives many a claustrophobic feel.

So what is the technology for? It can be used in production: before work starts, a simulation can be run to prevent possible errors in the placement of equipment or the like. The ability to sense things is important, because it lets us understand the distance between us and an object.

You can also use it to showcase products. For instance, the technology is used by car dealers. Another possible application is for analysis and testing of designs for new products, or in training staff before sending them to the assembly line. Finally, you can test out various equipment placement layouts in production spaces. We get a lot of feedback from clients who used our system to reduce the number of test and prototype items they produced.