Arizona University Expert: Pros and Cons of English as a Global Language

In our global world, English is being increasingly regarded as an inevitable necessity, the common global language that everyone has to learn. The main problem with that is that native English speakers have an advantage over non-native speakers, and it feels like a new round of colonialism, noted Karen Barto, a teacher of English as a Second Language from the University of Arizona, who came to ITMO University to the More than ESP conference. Ms. Barto also told ITMO.NEWS about why you can’t judge people by how they speak English and why the most important thing is to be open-minded. 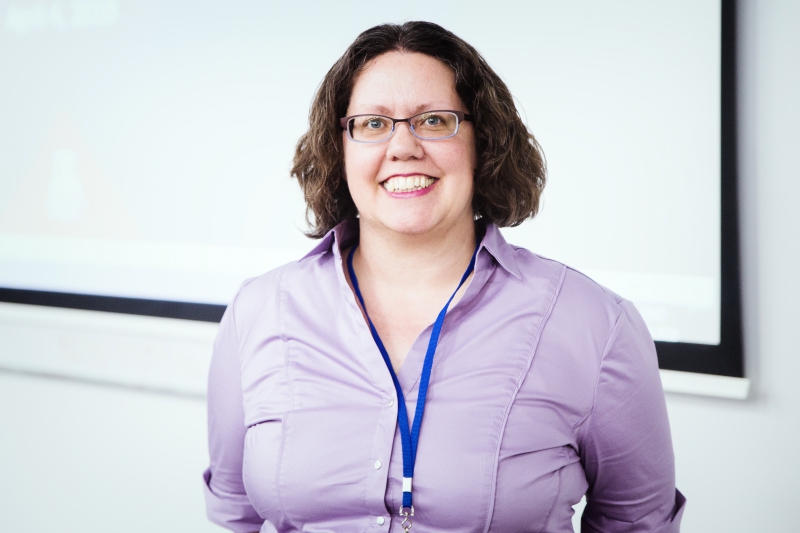 What do you think are the biggest challenges that English language teachers face?

The most important thing when teaching English is to motivate students to learn. You have to explain to them why it matters, otherwise it doesn't work, especially in non-linguistic universities such as ITMO. Students think that they don’t need English to succeed in their field, and so they often regard it as an unnecessary subject. Or they may be resentful that they do need English, and be reluctant to learn for that reason.

We had a panel discussion at the ESP Conference, in which three students took part. Each of them had their own reason to learn English. For example, one student said that learning it would help them build a more successful career, while for another it is just a way to hone their skill and learn new things. Turns out that students from the same university might often have different attitudes towards learning English, and teachers have to take it into account when developing educational programs. This is a huge challenge.

But isn't it their choice whether to learn English or not?

Yes, sure. But it’s not that simple. One student told me, for example, that he has all his classes in Russian, while all the articles in his field of science are written in English. There are many students who may not need the language in their everyday life, but they have to learn it to graduate from the university.

What do you think of online learning? There are many distance learning technologies today that allow students to learn a language without a teacher. In your opinion, will teaching English offline still be popular in the future?

Online learning is very popular, as it provides flexibility for students who can now form their own individual education plan. Another reason why it is so popular is because it is affordable, both for students and teachers. So it can be a very effective tool, indeed. But I believe that online learning should not be seen as a substitute for face-to-face interaction, but rather a complimentary aid; it is easier to share knowledge and experience, and build a learning community with each other face-to-face. It is still true today that online learning can lack the immediacy of face-to-face communication and feels unnatural. However, it also gives opportunities for many who could not manage face-to-face classes, and online learning and teaching is being studied and improved all the time.

The Internet has made the world more global, and we can now communicate in real-time with people from all over the world. How does globalization affect English learners?

I think that there is a relationship between globalization and the English language; they definitely affect each other. English plays a major role in the progress of globalization, which, in turn, increases the popularity of the English language. It has become a part of the global economic system, fostering closer partnership between universities or corporations. On the one hand, the language opens up new opportunities for people all over the globe. But on the other hand, it feels like a new round of colonialism, which poses many challenges for non-native English speakers. As a native speaker and an English teacher myself, I think a lot about this situation and try to be attentive when speaking to foreign students, because I know that some of them don’t want to learn English, but have no choice, while others might want to learn it and face cultural barriers.

Do you think that English might become a global language, one that would bring people closer together?

Had we lived in a perfect world, that would have been possible. Have you heard of Esperanto? It is a constructed language created in the late 19th century to facilitate communication among people from different countries. It was very simple and easy to learn for speakers of many other languages and was made to be “fair” so that everyone would have to learn, and no-one would have more power just because of their native language. But it never became popular as a global language, probably because it did not have power behind it like English. The main problem with that is that native English speakers have the advantage over non-native speakers who have to work really hard to learn a new language. So I’m not sure if we need to have such a thing as a global language.

But even native English speakers have to learn how to communicate with non-natives, e.g. speak more slowly or avoid using slang or idiomatic expressions when talking to foreigners. Do you think that everyone will have to learn this global language?

Yes, non-native speakers outnumber native speakers, and that’s why it is so important to know how to communicate with people from different cultures. This skill is not something you can learn overnight, you have to practice it. Sometimes representatives of a dominant culture don’t understand the way people from other cultures communicate. That’s why I often suggest my American colleagues to visit other countries even if they don’t even know how to say “please” in the local language. This experience helps to broaden horizons and communicate more easily. Don’t just say “This person doesn't speak English. What a shame!” English speakers must recognize their privilege, and their own lack of knowledge of other languages, and try to communicate better. We meet people with different language levels, but this is not an indicator of their intelligence, upbringing or openness. You can’t judge people by how they speak your language.

I used to feel ashamed of my English, but now I understand that the most important thing is that people understand each other. But still, what would you recommend others do to understand the culture and the way the language works?

That is a good question. I understand why people want to learn more about the cultures of English-speaking nations: these countries became the most dominant forces in politics, culture and global economy. More and more non-native speakers are writing their academic works in English, entering the international academic system. For a long time, any published English was grammatically correct and rather formal. But about three years ago I started distinguishing between articles written by native and non-native speakers. Now some articles are published in English that does not seem like a native speaker wrote it, but it doesn’t make these articles worse. They are still relevant and this is what is important.

So I wouldn’t recommend focusing on cultural aspects too much, but rather understanding your needs and thinking of English as a tool to achieve your personal goals. For example, my students are now learning how the educational system works in the US because they want to go there. But when they actually go there, they will learn as much about the American culture as they choose to, it’s completely up to them. It’s a whole other thing if a person learns, say, French to travel and get to know other cultures. In this case, it makes sense to tell them more about the culture of French-speaking countries. If I were to teach a group of Russian students, I would, first of all, ask them what they need English for: studying, working abroad, working in their own country, communicating with Americans or, say, Singaporeans? The answers to these questions show to what extent you should concentrate on cultural aspects.

I think that the most important thing is to be open-minded.When talking to foreigners, just remember that they are also trying to communicate. Even if something seems weird to you, it doesn’t mean that they are aggressive, it’s just that they have their own cultural background. For example, my Russian colleagues said: “Don’t think that Russians hate you, it’s just that they smile far less than Americans”. It’s the same here, in Russia: my Russian students sometimes ask me “Why do Americans smile so much? Are they stupid?” And I’ll explain to them that it’s just a social norm and nothing more. So instead of learning foreign cultures, I would rather try to be open-minded. I think that when talking to someone from a different culture, the most important thing is to remain aware and try to understand them in spite of all the differences.