Occupational work doesn’t necessarily mean working in the very field the student has been trained for. Today, showing graduates how to apply their competencies is amongst the most important tasks for every university. Graduates Alexey and Andrei Kiselev believe that this is especially relevant in case of ITMO University, which trains its students to be able to apply their knowledge in practically any field. The two of them didn’t build their careers in the field they’ve been trained for in a traditional sense, but rather made the most of the skills they got at the university. In an interview for ITMO.NEWS, they shared their opinion on the widespread cliche of “occupational work”, and how quality education can help you build a unique career path. 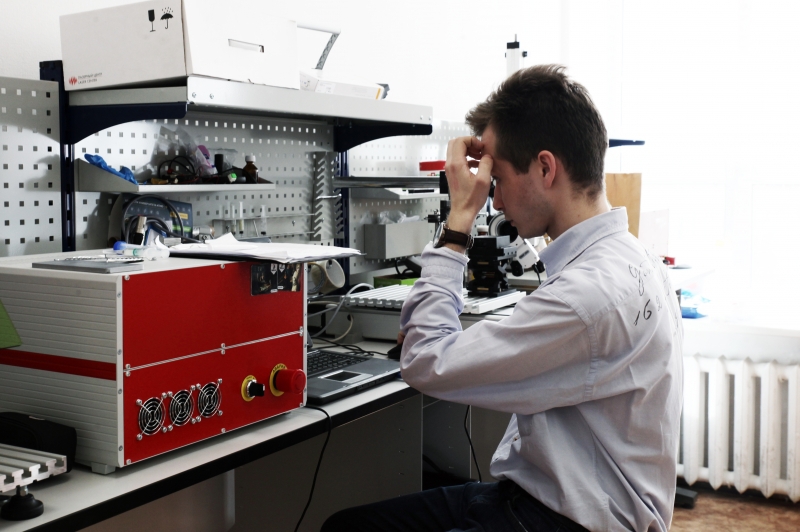 What was most important for you when you studied at the university?

Alexey: Having studied for about two years, we saw the announcement about a community of young scientists at our department, - I don’t really remember what it was called. We got interested and went to the head of our department, Sergei Kozlov (who was recently awarded the title "Honored Science Worker of the Russian Federation" -- Ed.), and told him that we want to do science. At that point, we knew nothing about science and how it’s done. Still, Sergei Arkadyevich was quite favorable to us, and we started to cooperate with the department and the Vavilov State Optical Institute, where we became immersed in the world of science. It was then that we understood what real physics is like, met classical Soviet scientists. We participated in research projects, communicated with people who dedicated most of their lives to research, picked up programming and maths, as any theoretical study is impossible in absence of computations and modeling.

Why was it so important for you to do something other than study?

Andrei: Though the university offered a high level of knowledge and trained strong professional competencies, just studying seemed too boring to us. We wanted something bigger. This is why starting in the second year, studying had become sort of a background for our research activities. It also happened that after our fourth year, we no longer wanted to study at the department we initially joined, and preferred working with Sergei Kozlov. We knew that he planned to create the Faculty of Photonics and Optical Information, and we asked to join this yet nonexistent faculty. We were basically the first senior students to ever study there. Alexey: The two years spent at the Faculty were the most important and productive for us as students. We got great support from the faculty, as Sergei Arkadievich and other staff members encouraged us to learn via participation in research activities, so we did that a lot. Thanks to that, we got to work on real projects, communicate with world-level scientists and attend conferences. We also joined such organizations as SPIE, OSA, D.S. Rozhdestvensky Optical Society. We published articles in research journals, including international ones. We attended certain lectures with other students, but for the most part, we had our personalized educational paths with a focus on independent activities.

But you left science after you graduated from the university?

Alexey: After graduation came the most difficult period of our lives in sense of professional activity. We moved to Moscow, and for me, that was the wrong decision - I regret not staying at ITMO University. In Moscow, I became engaged in business that had to do with programming. I learned a lot about doing business, learned to process Big Data, and created a project from scratch - I am still participating in it. Then I got the position of a leading developer at the Kaspersky Lab. In five months, I was offered a job in Hamburg as an engineer on machine learning at the OttoGroup company - a major German company that I still work for.

Andrei: When I graduated, I so didn’t want to find out that my education is not relevant on the market. So, we started to search for our own path. I was attracted to the field of project implementation, which has to do with deep analysis and financial management. At first, I managed marketing strategies in construction, built up my strategic thinking. Now, I am a CEO and executive partner of an investment company. I’ve completed more than 30 projects on implementation of strategies of enterprises and holding companies. Amongst the projects I’ve participated and participate still are the Moscow International Medical Cluster, which makes me part of the workgroup on launching Russia’s biggest medical project; Luzhniki Olympic Complex, the medical cluster of Southern Federal District, and others.

And how did those skills you acquired as researchers help your career?

Andrei: All the knowledge I got at ITMO University I use every day, it is just that I use them in different types of activities. You won’t believe me, but I actually developed a business strategy based on the impulse law. What is most important is that at the university, they taught me to use my head: model and analyze situations, predict events, go about different scenarios. All of that improved my strategic thinking.

Alexey: As students, we solved tasks no one had ever solved before, something you won’t find in textbooks. At our Faculty, we were expected to bring real results, and not just attend lectures. There was also a competition among us, because if you didn’t actively participate in research work and monitor the new trends in your field, you would’ve fallen behind. We spent time of world-renowned professors, so we just couldn’t afford to do that without a particular goal. All of that motivated us greatly. We learned to focus and aim for particular results. I succeeded in commercializing my knowledge, and I returned to doing something related to my initial field. Still, without the skills I got at the university, I wouldn’t have become what I am now. It was there that they taught us to fear no task, and do what others can not. They showed us that there are no boundaries, only illusions.

There’s this cliche assumption that if you’re not working in the field you studied for, you’re a loser.

Alexey: The problem is that students don’t see a real application for the skills they got while doing science. And that is an invaluable experience that helped me and my brother get high-quality, relevant knowledge. Still, much as most graduates, we didn’t understand what to do with it. This is why it’s important to invite graduates and have them tell the students about their work, show them alternative ways to commercialize their competencies.

How do you think this issue can be solved?

Andrei: There are two levels to this problem: one has to do with the administration, and the other - with students. The administration’s goal is to increase a university’s attractiveness; successful graduates play a major role here. Still, the students themselves aren’t good with commercializing their knowledge, they just don’t know much about it. Everyone knows that there is R&D, but they seldom think about the commercial part of these projects - the end product. And students have to learn to recognize it. This calls for some sort of workshops, for instance, when speaking about generating laser beams, they also have to explain what products one can get from that. The administration has to create such conditions that the students would understand the value of their skills, even if they won’t get an opportunity to apply them directly.

Alexey: In this respect, it is not just communication between students and successful graduates or representatives of the industry that we lack, but also communication between students. I mean, students should form some sort of community where they would share ideas, innovations. For instance, Facebook was originally being created as a social network for Harvard. In case of ITMO University, they won’t even have to come up with something new: there already are platforms there that can maintain such communication, the web-portal, for instance.

In fact, we already have such forms of communication between students from different program tracks that have to do with interdisciplinary research: like when someone who’s studying programming analyses databases on molecular research.

Andrei: Yes, and this is what’s important. The university has to establish such interdisciplinary communications. When we graduated, it was really hard for us to change our mindset to the one appropriate for a different field. This is why I think that a good idea is to organize career guidance events where students would get to learn about education and activities at different faculties. This will let them be more confident about applying their skills in different fields, be more business-savvy and understand that the knowledge in photonics has wider applications than just lasers and microscopes.

Alexey: Doing science gives you an invaluable experience; as we’ve already said, it helped us greatly. Still, not everyone stays in science. This is why it is important to remember that when students face the real world, they find it very hard. This is why it is necessary to help them prepare for it.