Making the Workspace Safer With VR

Last week at the Tochka Kipenia event space was marked by the Majorov International Conference on Software Engineering and Computer Systems, a part of ITMO University’s 120th anniversary celebrations. The topics of the conference included software engineering development, computer systems and cyber-physical systems. One of the key presentations on the first day of the conference was given by Dmitry Kirillov, the president of VR solution company Modum Lab. He described the potential application of VR to educate children and adults alike. Read on for the highlights of his talk. 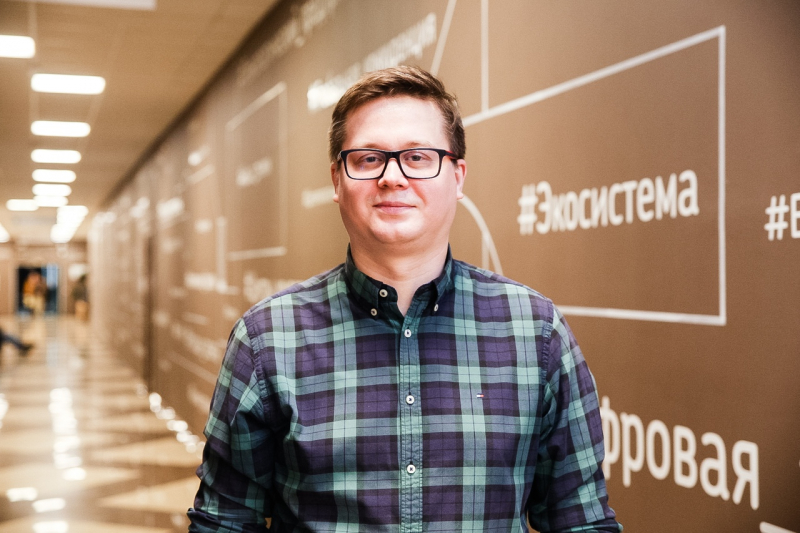 It was the ninth time that the Majorov International Conference on Software Engineering and Computer Systems brought together numerous IT professionals to discuss the crucial issues in the field of multimedia development, cyber-physical systems and VR/AR technologies. This year the conference was held at the Tochka Kipenia coworking and event space, where a special platform was set up for the participants to present their projects to complement the event’s usual lectures and seminars.

“It was my second time at the conference, which was held at ITMO last year,” shares Artem Smolin, associate professor at the Faculty of Software Engineering and Computer Systems and head of the Design and Multimedia Center. “I am glad to see the event evolve. This year, we tried to invite as many people from outside the university as possible and we also implemented a product demonstration zone. I hope that the conference will grow year by year and will become a brand in itself, attracting even more colleagues from the industry. It will stir up the interest in ITMO and our research projects.”

At the start of the conference, participants discussed software engineering, computer and cyber-physical systems, as well as various VR/AR devices. Dmitry Kirillov’s presentation fit in the latter category as it covered the application of VR in corporate and children’s education.

Dmitry began with a controversial and rather unexpected point: VR and AR technologies cannot fully substitute for the traditional educational formats like lectures, books, online courses or coaching. Moreover, it is not why they are being developed. These technologies present a new tool that can speed up the learning process and improve it, but cannot reject the already established training methods.

“If we want to give someone a comprehensive preparation for a certain process, we have to provide them with lectures and papers, with courses, books and slides,” says Kirillov. “If we want to equip them with certain abilities, we have to show them how things work in a video or with an interactive system. But if we need them to learn a skill, we have to provide them with an opportunity to practice this scenario again and again; then, all of the above will work together. It is impossible, however, to create a magical simulator, a solution to every problem a company might face. VR/AR is just another tool in the training system and we have to learn to use it correctly.”

In the meantime, VR is excellent at helping to refine a skill. First of all, it aids interns and young employees at high-tech enterprises, where the cost of error is too high to let them get involved in the actual production process without making sure they can actually do it first. Without VR, this adaptation typically takes months.

“Novices usually don’t really have access to complicated equipment. They are introduced to videos first, they read manuals; then they are shown around the production site, they watch experienced employees at work; then they might do a little here and there – all of that takes around six months. VR simulators allow them to learn how to use this complicated and high-risk equipment on their own. The simulator we developed for BIOCAD gives the user instructions at first, explaining in detail how to work with a bioreactor with extremely valuable cultures. Over this process, our “student” learns the key units of the reactor and how it should be plugged in, then the simulator gives various tasks and pinpoints the possible mistakes,” explains Kirillov.

Sometimes we not only need to teach the employee how to manage a piece of equipment, but also have to get them used to following the safety regulations. Here, VR can also come in handy, because it demonstrates what happens if the employee treats the rules lightly.

“We created a work at height simulator for an industrial construction company. This type of work involves a lot of safety measures: a special uniform, slings, straps, and carabiners. So, if you, say, dropped a carabiner during while working or while you were changing, you must take a new one even if the one you dropped seems to be intact. We accounted for this rule in the simulation: if a trainee drops a carabiner and forgets to replace it, the carabiner will break during the next training session, causing the trainee to fall down. It is made to draw attention, because often we have the skills and knowledge but we don’t apply them. With VR, we can paint a realistic picture of how this may end,” continues Dmitry.

Moreover, VR can assist in improving the so-called soft skills like public speaking.

“You can learn your speech and perform brilliantly in front of a mirror, but if it is your first time speaking to an audience, your legs give way, your arms start shaking, and your throat goes dry. It happens because you have never experienced anything like it before. VR simulators allow you to go through this and hyperventilate in the headset so that you are not so nervous in reality. The simulator can also analyze your speech and give feedback on how you performed. For instance, it can point out filler words or inappropriate expressions,” expounds Kirillov.

Another hot topic these days is the potential application of VR and AR in the school curricula to improve the quality of education and interest young children in science and technology.

“We are currently working on several projects for schools,” elaborates Kirillov. “One of them has to do with cell biology: it “brings alive” cells in biology textbooks. An interesting mechanic we use is providing children with a “virtual microscope” in their smartphones. They can focus their cameras on cards with specimens and then their phone turns into a microscope, magnifying the presented material. Thus, children are more involved in the learning process and they get an opportunity to see hidden aspects of things they study in class in more detail.”

Apart from the various applications of brand new devices and VR/AR technologies, the experts also discussed the marketing aspect of IT. One other topic of the conference was the philosophy behind turning to high-tech solutions: the dangers of rapid technological development and the possibilities it opens for humanity.

“We have to understand that these technologies have a massive interdisciplinary background with research conducted not only in the field of technologies, but also in philosophy, cultural and social studies, as well as many other disciplines. Only if we take this background into account can we consciously evolve, creating new technologies even faster than before without shooting ourselves in the foot or reinventing the wheel,” concludes Artem Smolin.