The Work of a Lighting Designer: Creating Magic on Concerts and Fashion Shows

Marina Lavrikova, a lighting designer with 20 years of professional experience under her belt, has recently given an open lecture in St. Petersburg. She talked about the specifics of her work, the process of getting ready for an event and the most popular equipment in the field. The lecture was held at Yasnaya Polyana coworking space. 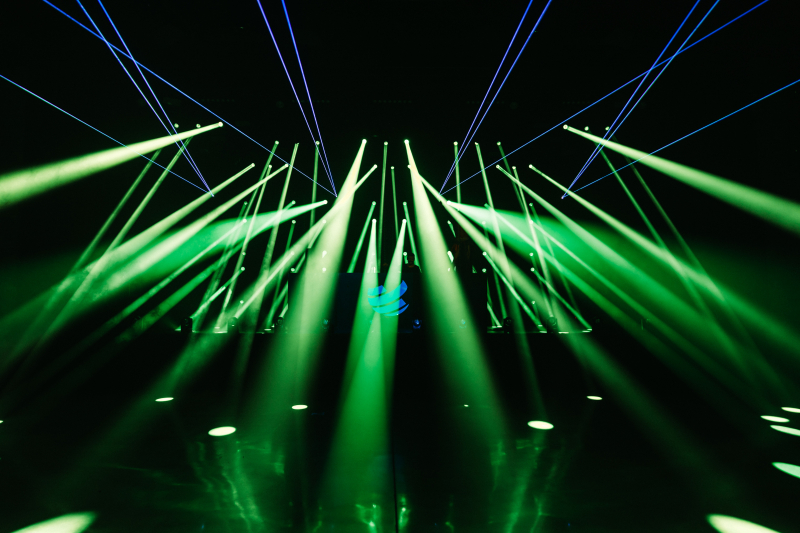 Lighting at a concert. Credit: unsplash.com

An artist and a technician all in one

People get easily confused trying to tell apart a lighting technician, a stage light director and a lighting designer. But if we take a closer look, it becomes clear that they are actually responsible for different things. A lighting technician is a professional dealing with lighting setup and managing the equipment. Stage light directors can sometimes take on the job of a lighting designer, but mostly they are responsible for programming the lighting control panel, creating a lighting score and controlling the setup.

Lighting designers need to look deeper, because they create lighting compositions keeping in mind the visions of both the director and stage designer while also working with color, light and shade balance as well as the electronic and technical aspects of lighting so that eventually they come up with a mockup which can be brought to life.

Talking light and color with a client

Théodore Jung, a French painter, used to say, “Only my neighbor couldn’t set the light – he was blind.” What this quote tells us is that everyone naturally knows a thing or two about lighting, because it’s a rather subjective field. There are still, however, certain professional skills that set a lighting designer apart from a layperson. For instance, the Young–Helmholtz theory of color perception, color temperature, and an object’s natural luminescence.

This knowledge is meant to help you find a common ground with a client and understand what they want in terms of brightness, face tone in pictures, light in the audience and so on. You would also resort to these skills for your argumentation in case of any misunderstanding that might occur due to the already mentioned subjectivity of lighting at an event.

Marina Lavrikova also shared the algorithm she follows in her work. She considers it a good way to save a project from becoming a financial failure due to any details that were unaccounted for.

You have to ask exact questions on every step of the algorithm, specifying the timing or expectations. But first of all you need to determine the kind of event you are working on. There are many possibilities: theater performances, fashion shows, arena performances, boxing fights, ice shows, concerts, conferences, meetings, exhibitions, grand corporate events, TV shoots or open air events.

Different event types have different technical requirements, budgets, goals and deadlines. For instance, you can create a complex setup for a one-time conference, but you wouldn’t do it for a band on tour. No, the latter needs to have something easy both to set up and take down. If it’s an open air festival we are talking about then you have to think about protecting your equipment from the weather and keeping the wires and cables out of the way of the audience, so that no one can hurt themselves or damage the equipment.

The power of LED

One of the current trends is Table LEDs (wireless table lamps). They are reasonably bright and can illuminate tables without stirring the guests, while still giving enough light to the food and table layout for good quality pictures.

Another trend is LED bracelets, shoelaces or entire suits controlled by a lighting designer. They allow the audience to take part in creating a lighting scheme for an event. If you hand out bracelets, scarfs or any other accessory at the entrance and then control their glow to match what is happening onstage, you can create a truly unique show.