Why is Quantum Physics so Hard to Understand?

Quantum mechanics is deemed the hardest part of physics. Systems with quantum behavior don’t follow the rules that we are used to, they are hard to see and hard to “feel”, can have controversial features, exist in several different states at the same time - and even change depending on whether they are observed or not. Valerii Kozin, PhD student at the Faculty of Physics and Engineering and researcher at the International Laboratory of Light-Matter Coupling in Nanostructures, talks about the ways of researching such unpredictable phenomena, and why study quantum mechanics in the first place. 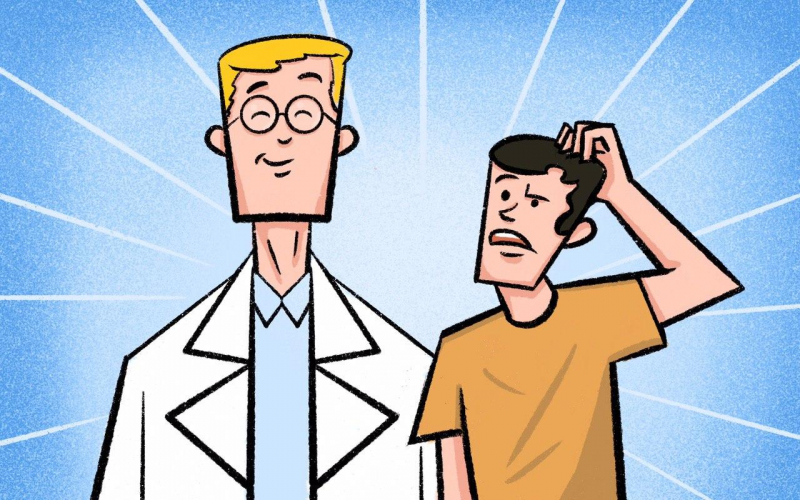 1. Why is quantum physics so hard to explain? What are the main differences from physics of micro- and macroworld?

2. Can you give an example?

3. If quantum mechanics perfectly describes the world as a whole, why don't we observe its principles in our regular lives?

4. How difficult is quantum physics, if all of its processes follow counter-intuitive and unpredictable rules?

5. What exactly do scientists who focus on quantum physics do?

6. What about the application of such research? Can their results be turned into technologies, products or materials?

7. Which discoveries made in the last 20-30 years are the most important?

8. Which discoveries may await us in the future?

9. And what about quantum computers?

Why is quantum physics so hard to explain? What are the main differences from physics of micro- and macroworld?

One of the key postulates of quantum mechanics is that if a system can exist in states A and B, it can also exist in any intermediate states that are combinations of states A and B. In the everyday world that we live in, however, we observe a picture where every object is characterized by some state, and if it’s in this state, it can't be in another.

Can you give an example?

A smartphone can’t lie on a table and somewhere else at the same time, and a plane can’t simultaneously fly at 450 and 800 kilometers per hour. But extrapolating these worldviews that are so obvious to us in the microworld showed that on a deeper level, these basic rules don’t work, and can’t be used to explain experimental data. If we try to describe atoms within the framework of classical electrodynamics, it will turn out that they can’t exist. If you have two charged particles, they will rotate around their common mass center, much like the Earth revolves around the Sun. But the problem is that an electron that revolves around the core would’ve fallen on it quite fast, having spent all of its energy. The way to solve this issue lies in renouncing some of the ideas that seem obvious to us.

If quantum mechanics perfectly describes the world as a whole, why don't we observe its principles in our regular lives?

The answer to this lies with the term decoherence. Decoherence emerges at the interaction of a quantum system with the environment, and at this moment, the chaos of the uncertainty of the environment’s state uncontrollably changes the state of a quantum system. A good example of this is the well-known observer effect: even passive observation of quantum reactions can in fact affect the measurement’s results. It is this very concept that explains why an electron can simultaneously exist in two points in space and a human can’t: a human is constantly in contact with the environment.

How difficult is quantum physics, if all of its processes follow counter-intuitive and unpredictable rules?

Studying quantum physics is much the same as studying classical physics. For example, depending on their wavelength, electromagnetic waves can behave so differently that the fact that all of those are aspects of the same physical phenomenon that differ in one parameter only may seem strange to a non-physicist. Radio waves that we use for radio communication, microwaves that we use in cellular networks and for heating food in microwave ovens, IR radiation, X-rays and gamma rays - all of these are forms of electromagnetic emission, even though they can appear very different at first. However, if you monitor these phenomena for quite some time and work with them closely enough, you start to look at the whole range of these phenomena as a part of a common and clear picture.

What exactly do scientists who focus on quantum physics do?

As a rule, the work of theoretical and experimental physicists is very different. Theoreticians may never enter a laboratory their whole life, never see even one experiment, and still make breakthrough discoveries in the field of quantum mechanics. For example, in the early 20th century, at the dawn of quantum mechanics, theoretical physicists came up with many great experiments that couldn’t be done at that time. But decades later, it turned out that their predictions were right. Theoretical physicists know all about the systems used in experiments and how they operate. They also work closely with data, graphs, and images produced at laboratories, and come up with theories that can explain the results of various experiments.

What about the application of such research? Can their results be turned into technologies, products or materials?

Physics doesn’t have a goal of creating something for our everyday use. But when something like that happens, it really hits the spot. For example, computers, the devices that allow us to communicate from various parts of the world, are based on complex physical principles. So even the 0.1% of discoveries that make its way into our lives changes them drastically, so that we can’t even imagine living without them.

Which discoveries made in the last 20-30 years are the most important?

First of all, there’s the discovery of the Higgs boson that was made on the Large hadron collider. Despite some reservations, it made it possible to complete the Standard Model of elementary physics that explains the properties of our world at the minimal possible scale. This was the last brick into this model that had been predicted before the experimental discovery took place. Secondly, there are the inventions that have to do with the development of quantum computers and crossing the quantum supremacy limit. Finally, a very important discovery is the development of quantum communication technologies. This technology has already made its way into our lives, and is applied in various fields, for example at banks and government facilities.

Which discoveries may await us in the future?

It took 50-70 years to validate the Standard model, and many years were spent on building the huge and expensive hadron collider. The next validation point calls for such energies that a particle accelerator the size of a planet won’t be enough. So, we can expect a stall in what has to do with experimental proof of existing theories (then again, scientists are currently searching for superpartners and the axion, as well as dark matter particles). On the other hand, there is still a lot to discover on the level of theory. For example, the string theory and the loop quantum gravity, as candidates for the “theory of everything”, are still relatively underdeveloped due to their mathematical complexity. So, it may well be that soon, a new approach will emerge that will be even better. Also, there are hopes for new discoveries that will have to do with the nature of dark matter and dark energy.

And what about quantum computers?

By all means, the development of a quantum computer will have a great effect on our lives. First of all, scientists will have to rewrite many existing cryptographic algorithms, and hence redevelop all associated programs, applications, websites and means of communication. Secondly, apart from great decryption capabilities, quantum computers will have other uses: for example, describing the properties of materials that specialists can’t compute using regular equipment, or searching for new drugs. The capabilities of a quantum computer will prompt a breakthrough in all fields of technology, as well as in the understanding of those aspects of theoretical physics that scientists can’t yet solve due to limitations in computational resources.