Nuclear Physics in Popular Movies: How Real Is That?

Does Tony Stark have a heart? How did Doc manage to send DeLorean into the future? Why was Homer Simpson allowed to work at a nuclear plant? Sergey Pravosud, a graduate of the National Research Nuclear University MEPhI, discussed the most popular myths from the world of cinema at an open lecture arranged by the Atomic Energy Information Center in Tomsk. We summarized it for you. 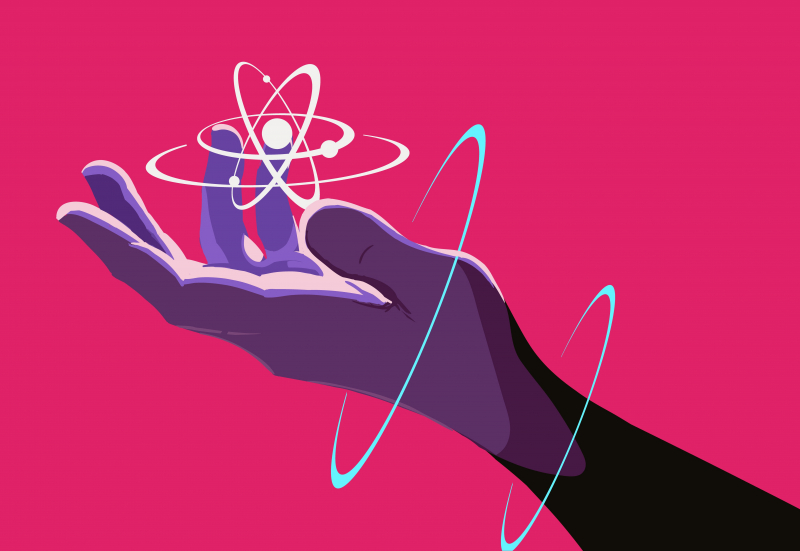 Does Tony Stark have a heart? Can you live with a thermonuclear reactor in your chest?

For starters, Tony Stark has designed not just a reactor, but a thermonuclear reactor. His father, Howard Stark, at some point was engaged in designing its prototype. The question is, how did he manage to create such a compact and powerful thermonuclear reactor? Can reactors like this exist nowadays?

Here you can see the reactor from Iron Man and the real International Thermonuclear Experimental Reactor (ITER) that scientists from 40 countries work with. If Tony Stark was real, he would have been awarded with a Nobel Prize in 2008 for creating a miniature reactor, as the main issue with thermonuclear reactors is their size. For example, ITER is several floors high and a house wide. It weighs thousands of tons. You can’t just put it in your chest.

However, scientists have been trying to create a mini reactor for many years: in the ‘50s, the USA and the Soviet Union designed cardiac pacemakers that activated heart functions of people with a weak heartbeat and ischemia. Each device contained two grams of plutonium. If Tony Stark used an artificial pacemaker, then sure, it could’ve been located in his chest, but powerful reactors of such small size simply don’t exist.

Back to the Future

Nuclear power and the DeLorean DMC-12 time machine. How do you put a power station in a car?

Let’s discuss the sizes. A time machine’s engine power is 1.2 gigawatt (1,200 megawatt). Today, in the Russian energy industry, there actually is a promising nuclear reactor called VVER 1200 (the 1200 stands for the amount of megawatts). However, the sizes of the reactor and the time machine are incompatible: even the active zone of VVER is 3.8 meters high and has a two-meter diameter.

Another problem time travellers would face is the need to constantly vent heat from the nuclear plant with the help of water. Plus, reactors always work at full capacity. You can’t just stop a car that works on a nuclear reactor, go out to get a cup of coffee, and then start the engine again.

To be fair, atomic energy is sometimes used in transport. For example, in nuclear icebreakers and submarines. However, it’s only possible because they are constantly in contact with water that helps to vent extra heat. Plus, let’s not forget the size of these vehicles.

CERN is real and they do study particles there, but some aspects of the movie are misleading. Let’s start with the fact that in order to get particles to collide with each other, they must be first put through several circles of accelerators (electromagnets) – that’s how they gain speed. Only then they collide at the near-light-speed.

In the movie, we can see that experimental data is being stored on one computer, but in reality, it’s distributed among several laboratories and research centers, where it gets processed and analyzed. You can’t determine that something is antimatter in an instant, as it happens in the movie.

Now, let’s talk about antimatter a bit more. While watching the movie, you might get the idea that it’s not that hard to detect. However, only nine nanograms of antimatter have been collected since all the accelerators began to function, and it’s considered to be a huge amount.

We can also see a made-up way of containing the antimatter. In reality, in order to contain one nanogram of it, you need to build a magnetic trap the size of a big room, because antimatter can’t touch anything from the outside world – no one even saw it. Although we can consider this scene a cinematic interpretation created in order for viewers to understand what antimatter is and believe that it’s real.

Godzilla: King of the Monsters

Could Godzilla be real?

In this movie, Godzilla feeds on radiation. Are there any other creatures that consume radiation? Surprisingly, there are lots of them – among plants. Photosynthesis means receiving energy from inorganic substances, such as solar energy, and converting it into organic ones. Solar energy, or solar radiation, is energy in the visible range.

The thing Godzilla feeds on is the same electromagnetic energy but in the shortwave range (the shorter the wavelength, the more energy the wave can carry). We can assume that Godzilla, much like plants, feeds on radiation, but in this case it’s gamma radiation we’re talking about. Godzilla’s inner organs should be protected from it by about 10 meters of skin and a layer of protective material.

Moreover, if Godzilla was real, it would have to struggle with gravity. With the weight of 90 thousand tons, Godzilla’s bones should be made out of extra strong materials, so that it would be able to jump or even walk.

Another mistake is the moment when a scientist points his finger at a screen and says that that’s where the source of radiation is located. How would he know that? Radiation has no color, smell, or taste, and you can’t see its source with a naked eye.

Can we trust what we saw on The Simpsons?

Homer Simpson’s job is, most certainly, a parody on all the most popular myths about nuclear physics and nuclear stations. He works at a power plant without a degree, which is impossible: they wouldn’t hire a person without a higher education, checked health, and passed tests of professional competence and safety measures.

One of the myths is the green light around radioactive elements. For example, when Homer brings an uranian tablet home, it emits green light. It’s not realistic. This myth goes back to Pierre and Marie Curie – they  exposed the films with uranium salt. So, people think that if they expose something, then it has to light up.

Another myth is waste disposal. In the show, mutated fish appear in a pond near the nuclear station, whereas actual stations don’t produce any waste and they certainly don’t cause the appearance of monsters in a nearby reservoir. Also, Homer goes to work in casual clothes and eats at his working table, but in reality staff members always wear uniforms and  personal dosimeters on their chest.

The lecture was organized by the Atomic Energy Information Center in Tomsk. You can find the full presentation here (in Russian).