To Fear or Not to Fear: Psychologist Alexander Palin on the Nature of Phobias

The first step to fighting your fear is to learn more about it. In this ITMO.NEWS article, Alexander Palin, a board certified psychiatrist and therapist, explains how phobias work, where they come from, and whether it is possible to battle them. 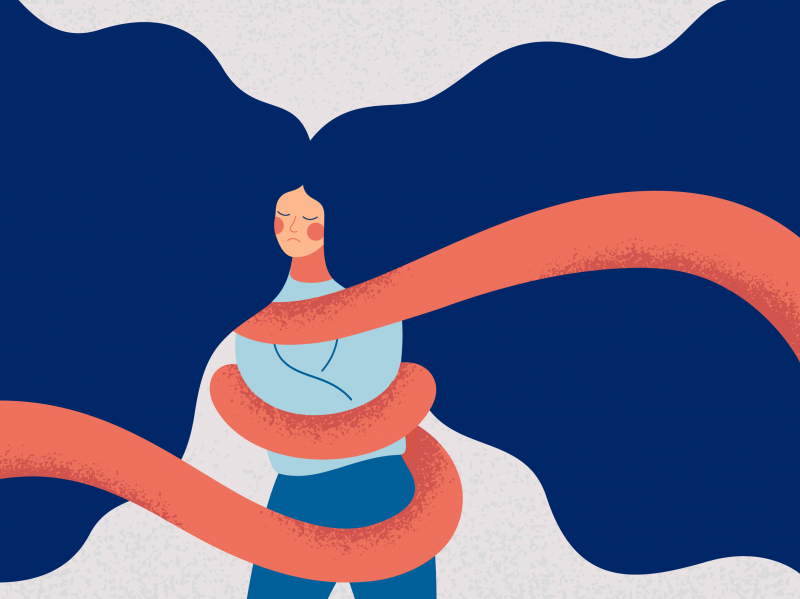 The word phobia comes from Greece, where warriors often depicted Phobos – the god of horror – on their weapons. They believed that he would help them frighten and conquer their enemies.

Specific phobias are associated with an overwhelming and unreasonable fear of objects or situations that provoke anxiety and avoidance. People who suffer from specific phobias have a hard time fighting them on their own. Social phobias are characterized by an intense and persistent fear of being watched and judged by others. These people tend to avoid their relatives, friends, and acquaintances because they fear public humiliation.

The most common specific phobias are environmental (thunderstorms, water, or heights), animal (spiders, snakes, or dogs), bodily (injections, blood, or injuries), situational (planes, cars, elevators, bridges, or enclosed places), and many others. Oftentimes, people tend to have around two subcategories of phobias. It means that they have low resistance to fear.

The roots of phobia

The human psyche goes through numerous stages from the moment when fear affects a person to its consolidation in our memory and its connection to suffering.

Some phobias, for instance, animal phobia can appear at the age of four. But up until 15 years, when kids start to grow up and experience many mental processes and hormonal changes, they don’t have a clear understanding of their fear. At the same time, a specific phobia can develop into a disorder by the age of 22-23 years.

The neurobiology of fear

Fear formation is a complex process that involves the cerebral cortex, the brain's lower-level structures, and the whole body.

Hidden under the cerebral cortex, the amygdala is a cortex that we inherited from animals. It plays a crucial role in emotional processing. When we experience fear, the amygdala is triggered.

It secretes hormones to the hypothalamus, which in turn exerts an effect on the hypophysis. The hypophysis begins to produce special hormones that activate adrenal hormones. Stress response begins. Its main symptoms are the rise in adrenaline level, vasoconstriction, heart palpitations, sleep disturbance, and increased acid secretion. Stressed people are prone to freeze, pale, feel hungry, or have a dry feeling in their mouths.

In a stressful situation, the amygdala becomes even more sensitive to triggers. This affects another organ, the hippocampus, which is responsible for our memory. If our memory focuses only on stress and fear, neural networks do not develop and begin to fade. Thus, anxiety or phobic disorders are formed.

The psychology of fear

Some common psychological factors include genetic predisposition, cultural peculiarities, family and life experiences, traumatic situations, as well as concepts and beliefs that are shaped in childhood.

When such people are triggered, they first acquire disturbing thoughts. Then, their behavior becomes defensive: they try to avoid the situation or perform some rituals. Gradually, they experience physiological symptoms and give up on the idea of overcoming their fear.

Family history also greatly affects our phobias. That’s why parents should talk with children about fear to normalize this feeling and help them ease stress.

Why are phobias dangerous?

Fear often goes hand in hand with other disorders and interferes with their progress and treatment.

Anxious people may begin to avoid things that bother them. After being on high alert for too long, their psyche is not capable of coping with stress anymore and goes into depression. This reaction is triggered precisely by anxiety, worry, and fear.

Also, avoidance behaviors affect our quality of life as people constantly experience anxiety and tension. For example, if they are afraid of dogs, they will think “If I see a dog, it will jump at me and bite” and decide to avoid them.

The good news is that phobias are treatable. All information is processed cognitively, namely, our brain first interprets the event and then forms our emotional response. Therefore, modern clinical psychotherapy works with our thinking patterns. Emotions are important too, but cognitive skills help people manage their fears better.

Let's take a look at some of the approaches used in psychotherapy:

Systematic desensitization is a type of behavior therapy that helps people build persistence. One of its techniques is called exposure therapy and it involves exposing the patient to their object of fear in order to reduce their anxiety level. It can be achieved by describing, picturing, or discussing the patient’s fear. The main mission of therapy is to teach people no to avoid stress and anxiety but to figure out ways to soften its effect.

Psychoeducation is an important aspect of the treatment process. It normalizes fears and reduces anxiety levels.

The cognitive approach includes addressing distortions, automatic negative thoughts about certain objects, and ways of interacting with them.

Relaxation and meditation can also ease your anxiety and fear. For this purpose, specialists also use hypnosis, group psychotherapy, adaptive problem solving, and sometimes drug treatment.

There are ways to fight your fears even during the pandemic. For example, you can highlight the areas that you have little to no control over and accept this fact. The scheme of such zones was developed by the psychologist Yuliya Padun.

Alexander Palin advises seeking professional help if you are physically incapable of overcoming stress and cannot find help in your close circle.

The universal remedy is a consistent sleep, eating, and working out routine. Alexander also notes that people who often travel across different time zones, work night shifts, and also experience anxiety, phobic or depressive reactions, should pay attention to their schedule and consult a specialist

Psychotherapist Alexander Palin gave a talk on fears and phobias at the online science festival called Kstati (“By the way” – Ed.) organized by Nuclear Energy Information Center. This November, the festival was held for the sixth time and was centered around the topic of fear. The event featured talks by Alexander Palin, Alexey Ekaykin, Alexey Reshetun, Anastasia Palamarchuk, Anton Sedov, Ivan Yamshchikov, Ramilya Aksyonova, Sakina Zeynalova, and Sergey Sedykh.