The Diverse and Colorful World of Russia’s Ancient Crafts, Part I: Toys

Did you know that there are over 60 well-known styles of traditional crafts in Russia, each with its unique and recognizable features? 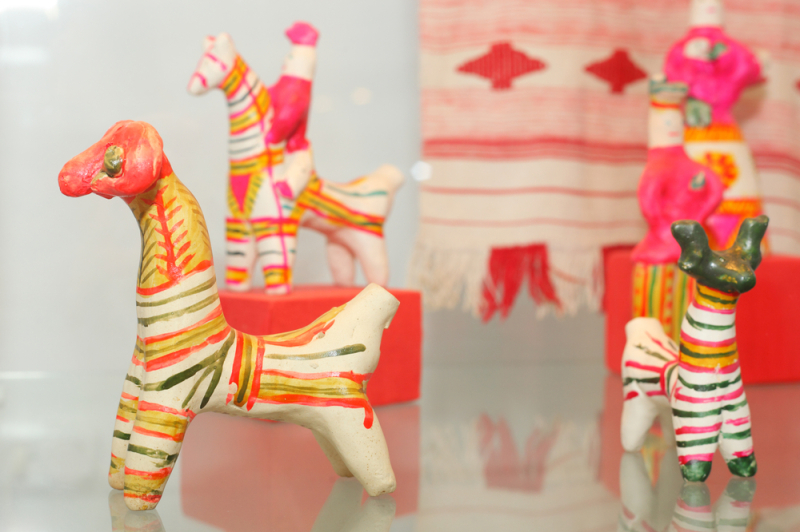 Finift’, veniz, filigran’, skan’... These Russian words may sound as mysterious to native speakers, as they do to those who don’t speak Russian at all. The thing is, these are the names of traditional craft styles, and there are so many of them that not even all locals are able to indicate which is which.

Surely, khokhloma with its gold and red ornaments on a black background and gzhel with blue pictures on white ceramics are recognizable to many. For this or that reason, they became Russian signature crafts. We’ve already covered these and a couple of other popular traditional painting styles here, but there are dozens of other handicrafts that are no less beautiful and intricate. Everyone will find something to their liking.

Today, let’s focus on toys. Among the most famous types of toys are Filimonovskaya and Dymkovskaya. They both have been around for over four centuries and have recognizable sets of features. Filimonovo toys are made in the Tula region and it’s typical for them to look as if they were stretched out – animals and humans have long necks and thin waists. This property appeared due to the material – the local clay is oily and stretchy, so the masters have to constantly stretch the figurines with wet fingers to protect them from crumbling and cracking when they’re getting dry.

The Kirov region is home to Dymkovo toys. In the past, the process of making these toys took up almost the entire year – in summer, they prepared the red clay and chalk, in colder seasons they formed the figurines, dried them, and burned them, and finally, in springtime, the toys were covered with a mixture of milk and chalk and then decorated with gold leaf (susal’noe zoloto).

If we move on to the northern regions, we’ll find more simplistic and less colorful toys, such as the ones carved from wood. They’re more monumental and are similar to pagan idols, only much smaller, and might’ve actually derived from these religious objects to become an everyday object.

Stay tuned for more stories on Russian handicraft – we have a lot to cover, from silverware etching to intricate lace.