You know that horrible, sniffly, snotty and yucky feeling when you’re on the verge of catching a cold but still not quite there yet? When you feel that the virus has already weaseled its way in but is waiting for the worst possible moment to attack you in full? ‘Course you do, because that’s everyone’s default state in the thick of autumn. Instead of prostrating on the sofa downing flu remedies and feeling sorry for ourselves, we’ve scoured the interwebs for some of the most idio… syncratic ways of curing a cold, and then tested them to see who cracks first. Enjoy! 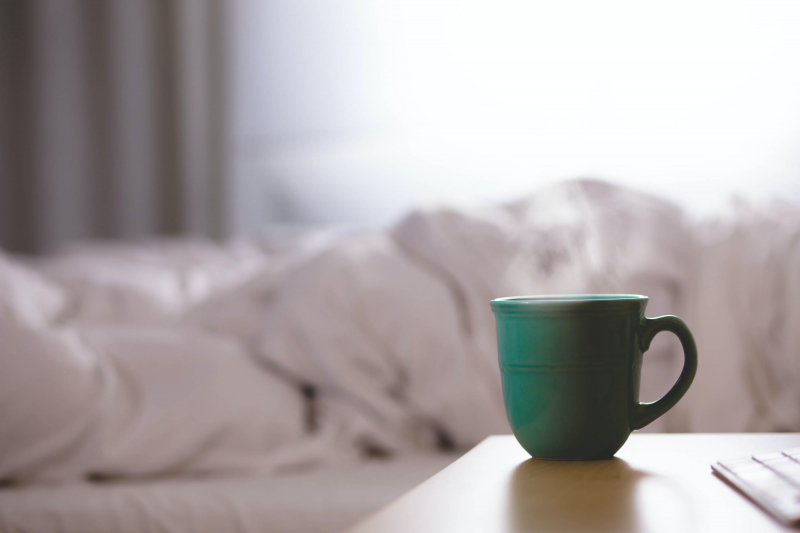 Expectation: The popular opinion in the wellness guru world is that ginger solves all of your problems. All of ‘em. No microbe, ailment, retrograding Mercury or uncleansed chakra stands a chance if there’s this little guy involved. And if it’s joined by black/cayenne pepper, lemons, maple syrup or, God forbid, turmeric, which usually happens as part of a bizarre but divinely revered concoction called “ginger shots” (no doubt to lure us incurable tipplers to get some of our five-a-day in, cheeky!), well then you’ll be floating on air and become immortal in a jiffy. That’s the spirit, anyway.

Reality: Seeing how much I’d spent on the ingredients (I’m looking at you, maple syrup), I bloody well expected the whole thing to at least propel me to the state of enlightenment while curing my cold as a small addition, but I only managed to get it in instead of on me from the third attempt. Part of the problem was that I’d gone too heavy on pepper because I have a long history with hot sauce and thought that I could do with doubling on the spicy factor. I couldn’t. It was disgusting and I gagged all the way through. It did ease the sore throat situation a bit, and I did feel a wee bit more spritely the following day, but it’s nothing that my beloved Lemsip couldn’t do, and I don’t care if it’s full of chemicals and tastes like citrus-infused sludge. Maybe buying the shots pre-cooked if you have the chance or following a normal recipe would be a better idea if you still want to go for this natural nuclear option.

Expectation: An upbeat article in The Healthy features exercise as its eighth magic-bullet option, after cinnamon, garlic and self-heal (that’s a herb if you’re wondering) and before nasal flushes and nature, so naturally I listened. And hey, why not multitask and band it together with another brilliant piece of advice from the no less illustrious publication, Hello!, whose guide on “How to get rid of a cold in 24 hours with these top expert tips” urges you to get some fresh air should you succumb to the cold like a milksop. Go outside and sweat it out – what could possibly go wrong, right?

Reality: I was actually really looking forward to this one, because I knew, I knew in my guts that it wouldn’t work and I’d feel worse but be able to gloat about it after. So I went for a run, seeing that the weather wasn’t too bad. Fat luck it was, because it started raining halfway through and I came home soaking wet, my virus triumphant. I mean, for the sake of others who’re still bravely holding on, don’t go outside when you’re ill. In fact, Mayo Clinic, WebMD, and probably your own GP all advise rest in these cases, so you may as well put your favorite TV show on and dabble in some blissful inactivity while you can get it.

Expectation: This was a suggestion of an otherwise sufficiently sane friend of mine, who started her aromatherapy commendation with “I’m no hippie, but..”, swearing that it does great things for the snuffles, so I decided to tentatively give this a go, dusting off my dirt-cheap aroma lamp and purchasing some tea tree oil, which is purported to have antimicrobial properties, for the occasion. The way it works is that you add the oil into some water which is then heated up by the candle lamp and slowly evaporates, leaving you to breathe in the vapors like some Oracle of Delphi wannabe. Here’s a full guide with all the precautions, of which there are a few.

Reality: Admitting this is difficult, but the aromatherapy thing did work a little. Twenty-odd minutes into my vapor-breathing endeavor, I actually felt the tea tree oil smell (which, granted, was hardly a pleasant sensation), and, having my lunch later, I was able to determine that what I was chewing on was tofu and not Play-Doh (which is a subtle difference in the best of times). I think I’m thumbs-upping a non-scientific option. Welp.

Expectation: Our two final approaches come courtesy of a marketing article for a cough medicine, which I considered too ingenious to pass up on. Sadly, the “Drinking for relief” part actually advocates for drinking warm tea and generally a lot of (uncaffeinated) fluids to alleviate sore throat and flush the virus out of your system (spoilsports), and meditation is invoked here as a way of zapping stress, which is said to be bad for your overall health.

Reality: To make my debunking methods more varied, I decided to take on the proof from contradiction approach, getting tanked up on caffeine and being very stressed out (from watching the latest season of Great British Bake Off and then following the heated discussions thereof on Twitter, in case you want to reproduce the experiment), and then banning these toxic influences from my life for a day. To give the article some credit, both days turned out to be the pits, because caffeine and stress did make me feel rotten, but so did the lack of said toxic influences. Rather brilliantly, the article ends with an optimistic conclusion that “There is no cure for the common cold”, and then pushes you to buy the medicine while you’re at it. Okay, then. Medicine it is.