Instagram can be compared to a very hectic flea market sometimes, with its disorientating abundance of colorful stalls, shouting people and a huge no-go trash area. (Twitter, on the other hand, is more like a fancy social club for wordly-wise wits and raconteurs, with a rampageous madhouse on its ground floor.) But as any flea market, it’s also peppered with little gems finding which makes the whole kerfuffle a little bit more tolerable. So here are some of our picks of Instagram accounts for vegan and green living inspiration! 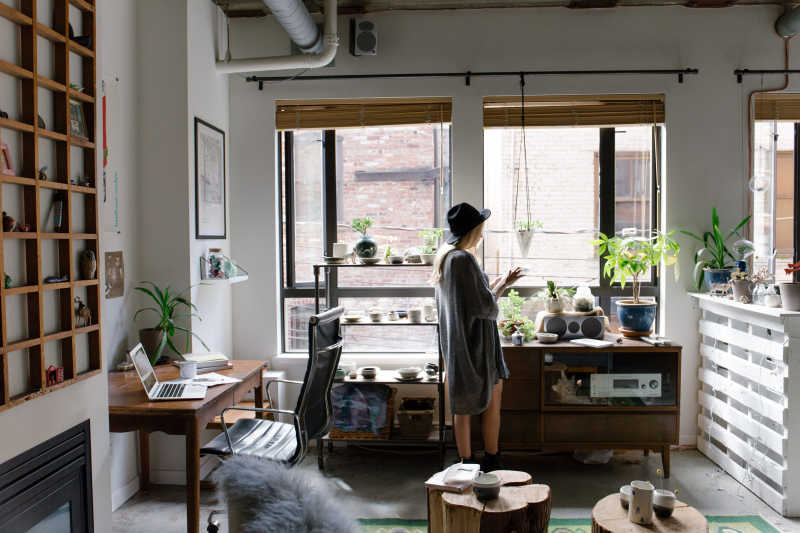 Deliciously Ella // Nikki Vegan // So Vegan // From My Bowl

If you think that vegan food is boring, take a plunge into our three-dimensional world which, believe it or not, isn’t all about lettuce and lentils, salt optional, with these absolute delights of Instagram accounts, which really do put “feed” in (social media) feed, to paraphrase Queen Lizzo. Serving a burst of color, aesthetics and useful tips and tricks, they also provide a (sometimes oh-so-necessary) kick in the rear to lay off Coco Pops and actually get a move on to cobble yourself something vaguely resembling a proper dinner.

Sustainable living can appear as an unattainable, ivory-tower concept; the situation is as murky with slow living, i.e. can I brandish my slow living guru status if I basically live off my couch, giving my cat a run for its money for the number of naps I take? Luckily, there’s an entire squad of Instagram dwellers who are more than happy to dot all the i’s and cross all the t’s by showing how they themselves muddle through these turbid waters with zero preachiness involved.

Fair’s fair: if we identified sustainability as confusing, then the matters of zero waste must be akin to an impenetrable black hole. How to stay sane in a world dominated by plastic, if you know that said plastic, tied to the no less ubiquitous single-use, just-chuck-it mode of consumption, is bulldozing the planet, and hence our species, and hence you yourself, ever closer to going the way of dinosaurs? One would love to see how the Existentialists would have grappled with that, OK boomers. But guess what, some people (including an actual rocket, aka space engineering, scientist, see the aforementioned!) are already living, and seemingly enjoying, that zero waste life, and give out great (and feasible!) advice on how you could do the same.

There are many reasons one would jump on the environmentalism bandwagon, and many ways to peel the activism orange, as PETA’s animal-friendly idioms would have it, and these wonderful people show it on their own example. From nature photographers and travel bloggers aiming to hammer home just how much climate change impacts the Earth in poignant pictures and words (Carmen Huter, Eastern Suns, James Whitlow Delano) to the superheroes kicking the ass of fast fashion (Venetia Falconer), green enthusiasts making an argument for positive, inclusive action (The Green Hub), and vegan warriors (Earthling Ed, whose documentary The Land of Hope and Glory made yours truly, drowsily watching YouTube with a plateful of leftover chocolate cake one New Year’s Day afternoon, go vegan overnight), you’ll certainly find someone whose cause you can relate to and whose spark will keep you going.