ITMO.GREEN: Students Doing Their Best to Save the World

It's up to us to be the change we want to see in the world. The university's eco-club ITMO.GREEN brings together like-minded people who live the reduce-reuse-recycle mantra and are bringing about real, tangible good. You, too, can participate. 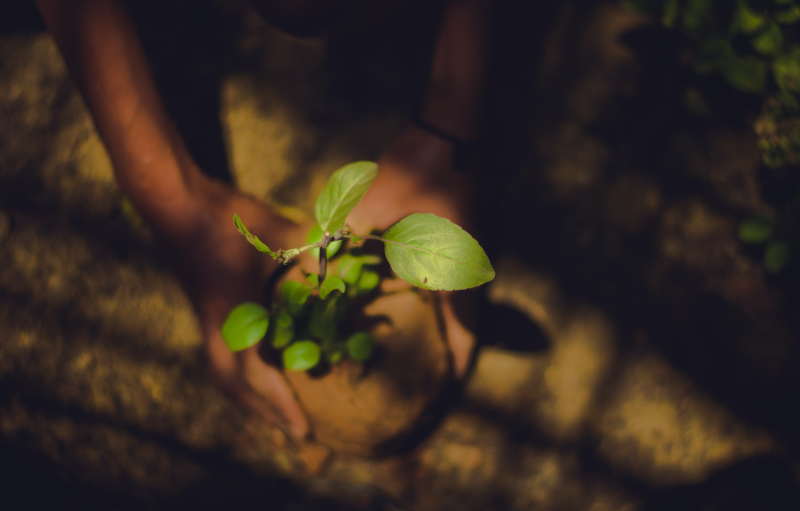 I caught up with Ilya Bokatyi, a PhD student at ITMO’s Faculty of Applied Optics and the founder of ITMO.GREEN, and Ksenia Belkina, a Bachelor’s student at the Faculty of Software Engineering and Computer Systems, the current head of the club, one Friday afternoon for a cup of coffee and a chat about all things eco.

How did you get into environmental activism?

Ilya: When I was younger, I used to spend a lot of time in the forest with my dad and saw how much waste people tend to leave there – entire landfills sometimes. It made an impression on me. I thought that if people had only known the scale of the problem, they’d probably try to prevent it. I believe we are the generation that has to act and show everyone that the amount of waste we produce is not okay, and something needs to be done to change it.

Ksenia: For me, personally, it was hard at the beginning of my eco-friendly journey when I was completely on my own. I was devastated when I saw people dumping their waste after I’d spent months sorting mine. Luckily, my family was and is very supportive, and even my grandparents now sort their waste following my example.

When was ITMO.GREEN founded and why?

Ilya: When I entered university, I got into volunteering and one of the projects I wanted to get involved with was Ecological Raids, which I am now in charge of. Although I didn’t get there as a volunteer at the beginning, I managed to get in as one of the organizers – and I haven’t missed an eco-raid since.

This experience helped me meet a lot of like-minded people, and it was almost inevitable that sooner or later we would stop being just a random group of environmental enthusiasts and form an organization of our own. Originally, I created this club to introduce waste sorting at ITMO. Putting waste bins in strategic places wasn’t enough – it had to be an efficient self-explanatory system so that everyone could use it.

Ksenia: While this is still one of our main goals, nowadays we also focus on the minimalist and zero-waste lifestyles.

You’ve mentioned Ecological Raids – is this project somehow connected to ITMO.GREEN? How did it start?

Ilya: No, Ecological Raids is a separate project that was founded before the club and has been held annually for five years now. I’ve been on and organized four raids, which originally started as an initiative to clean rubbish off the territory of Yagodnoe, ITMO’s sports and leisure camp. After three years of hard work by our international volunteers, we had finally managed to get most of the garbage and had to come up with a new format. Last year’s, for example, was interesting because we got the volunteers to develop their own environmental projects. They also got to share their experiences of living eco-friendly in different parts of the world and talk about their solutions to the problems they face.

Are there any regular events held at ITMO.GREEN?

Ksenia: We usually organize something together with the other student clubs at ITMO or other universities. For instance, we have recently held an eco-debate session with a fellow eco-club and a debate club from the Higher School of Economics. As it usually happens after such events, a number of students joined our club after the debates – and we are always happy to welcome new members and volunteers.

One of our other initiatives is Save the Planet, which is a massive recycling campaign with which we are trying to reach as many students as possible. On our latest campaign, we collected waste paper and batteries from all over ITMO for recycling. It turned out to be some astonishing several tons of paper that we managed to amass. So now we’ve decided to focus on making it mandatory for every office at the university to have a waste paper bin. We are in the process of writing the regulations for the company that will install the bins.

Ilya: I think it is important to mention that not every university is as ready to collaborate with students as ITMO is. Here, students actually have an opportunity to make changes at the university level, our ideas and suggestions are heard and brought to life.

I’ve seen something about swap parties on your VK page. Can you tell us a little more about them?

Ksenia: Our first swap party was held at the From Heart to Heart Festival, where we were invited by our friends from the Paws of Help club. It went amazing: people simply swapped clothes, quite self-explanatory. There were some curious passers-by, but I was also very glad to learn that many people came to the event knowingly, bringing their own clothes to swap. We recently held another party that was attended by 200 people, both from ITMO and elsewhere, which went even better: not only did we exchange clothes and books, but also DIY-ed heaps of eco-bags and tried vegan cookies – it was a heart-warming experience.

What would you say to someone new to swapping?

Ksenia: Don’t think too much about your clothes. If you don’t wear something, why keep it? I would also recommend reading about swapping experiences in other countries: the concept stops being so foreign once you learn a bit more about it. Also, swap parties are actually treasure hunts – just think of the curiosities you can find!

Ilya: That’s true. One of my friends has actually found an authentic Columbia University T-shirt, although that was at a second hand shop, not at a swap party. But it’s almost the same thing, as we give away every item of clothing left un-swapped to a trusty second-hand store not far from ITMO’s Lomonosova 9 campus.

What are your plans for the upcoming months?

Ilya: There is an interesting event coming up as soon as next week.Together with ITMO Case Club we are organizing an eco-hackathon on environmental cases and waste sorting at ITMO. We will be glad to see programmers, designers, engineers or any other eco-enthusiasts willing to wrack their brains for a great cause. The application period is now open.

Ksenia: In general, we try to organize two to three events a month. These can be movie screenings, debates or meetings where we share our eco-lifestyle tips and experiences. In March, we are also hosting an eco-school with workshops, tours and many interesting activities in store. This project is meant to help those who are only at the start of their eco-friendly journey and don't know how to approach it. Naturally, it is also a great chance to find like-minded friends to support you along the way.

In the future, I would like to host more events in collaboration with other clubs and universities. I believe that we need to talk about the problem of landfills and pollution more so that people finally stop and think about it.

What piece of advice would you give anyone new to recycling?

Ilya: I would say, stop putting bananas into plastic bags – you start this small but then you are unstoppable. There was a time when I got raised eyebrows at my eco-bags at supermarkets, yes, but then there was one time when a woman at the cashier smiled at me and said that the young generation will save the world.

Ksenia: I think it is also important to find friends who you can sort your waste and go to swap parties with. Sometimes you want to give up when you see others putting their fruit and vegetables in plastic, but it’s important to remember that even a small step counts. Just see what you do to give back to nature and don’t let anything bring your spirits down.

Want to learn more about being eco-friendly before your first meeting at ITMO.GREEN? Check out our living zero-waste for a week experiment and learn about living vegan in St.Petersburg.