ITMO University has recently hosted its first environmental hackathon. The contest, co-organized by the ITMO.GREEN eco-club and ITMO Case Club, took place at Business Incubator Ingria. The participants had to come up with a way to automatize paper waste collection at ITMO University. Read on to learn more about the outcome of this hackathon and the prospects of the project. 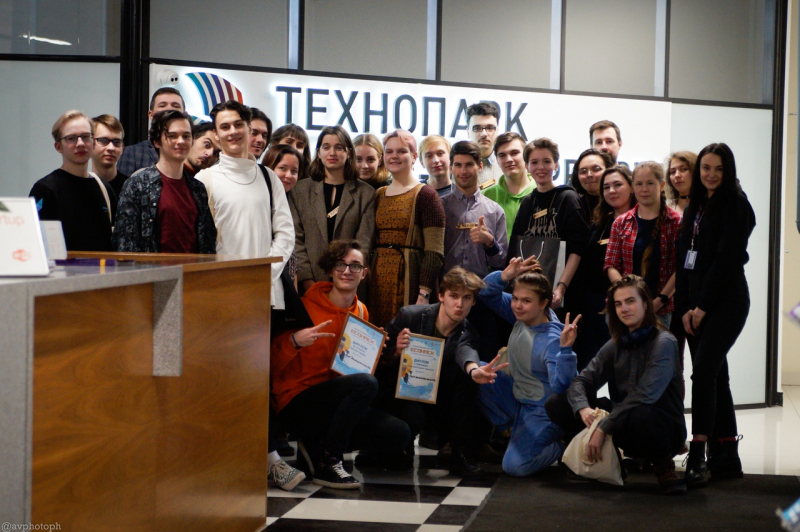 Around 30 students from ITMO and other universities took part in the contest. Any student could apply to participate.

The task the participants had to solve was taken straight from ITMO.GREEN’s actual agenda – creating a service that would monitor and analyse the statistics of waste sorting efficiency. It is planned that the ideas developed over Ecohack will later transform into an actual waste sorting system to be implemented at ITMO.

According to the Ecohack organizers, waste sorting is a complex and multistage process involving a great number of parties, such as ITMO’s students and staff, and a shipping company that will deliver the collected waste to a recycling facility. That is why optimizing this process is crucial.

Thus, the participants had to come up with a service that would not only monitor the amount of waste already in the bin, but would also notify the recycling facility when the bin is ready to be unloaded.

Each project was presented in front of a jury that consisted of Yuri Kuporosov, a manager at ITMO University’s Student Initiatives Support Department, Anna Smirnova, the head of the waste sorting implementation department at RazdelnySbor (Russian for “separate waste collection” – Ed.) Association, and Pavel Lekshin, the organizer of ITMO.KIDS and a mentor of ITMO University’s FabLab.

According to Ilya Bokatyi, the head of ITMO.GREEN’s Ecological Raids project, even though each team had a group of professionals to help them, the participants were mostly working on their own.

“We had four experts from different fields: frontend, backend, design and waste sorting. There was an express-checkpoint at the very beginning of the hackathon for us to make sure that everyone got the task and for teams to ask any possible questions. After that, the experts offered their advice on technical aspects. The winning team had the greatest number of points from the jury. Their product was closest to the task our participants had to solve,” explains Ilya.

The event also included a lecture by Mikhail Kolchanov and Daniil Samoilov, the founders of itis.team and creators of Ecohub, an app to promote waste sorting in Russia, which won the Digital Breakthrough Russian Hackathon in 2019.

It was the first hackathon hosted by ITMO.GREEN, but this initial success opens new prospects for solving pressing environmental problems.

“The hackathon turned out to be a rather complex event to organize. But we now have some priceless experiences, we’ve found new partners who are ready to support us, and, most importantly, we now know what kind of eco-tasks could be solved in a 24-hour hackathon,” adds Ilya Bokatyi.