The founders of ITMO University student club Paws of Help have recently held a festival in St. Petersburg featuring a concert, workshops, lectures and quests. The mission of the event was to draw attention to the problems of animal shelters in the city. ITMO.NEWS talked to the organizers of the event about the idea of the festival, as well as their challenges and plans for the future. 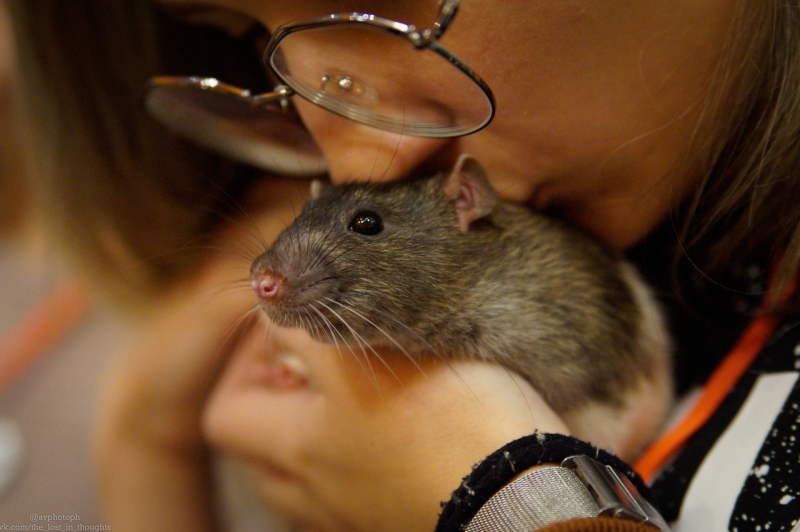 How did you come up with the idea of the festival?

Olesya Alekseeva, head of the Paws of Help club: The From Heart to Heart Festival is held annually in several Russian cities, including St. Petersburg. Initially, its mission was to raise funds for children with various diseases. But last year, St. Petersburg hosted the first festival of this kind aimed at helping animals. We supported this idea and organized our event in the same format.

How much time did it take you to get ready?

Olga Paramonova, member of the Paws of Help club, organizer of the From Heart to Heart Festival: About three months. In June, our mentor Alyona Stepanishcheva came up with this idea. I immediately supported it, developed a concept, made a list of shelters we could invite, thought about who we could invite as partners, as well as what workshops and lectures we could offer. We wrote about all these things in our grant application, received money from the university, and started getting ready.

Is this your first major festival?

Olga: Yes, for all of us, this was our first serious organizational experience. Before that, we had just worked as volunteers at other festivals, so we could learn from other people’s experiences.

What challenges did you face?

Olga: The biggest challenge was finding a platform for the festival. We hesitated for quite a long time and in the middle of August chose the Tochka Kipeniya co-working space. However, our journey didn’t end there. The problem was that the venue’s owners didn’t allow us to collect donations and bring animals, which conflicted with the concept of the festival, so we started looking for another place. Eventually, just three days before the event, we made an arrangement with the Bright World space, where we held our event.

How many people came to your festival?

Veronika Varik, member of the Paws of Help club, one of the festival’s organizers: We were expecting 100 people, and about 300 came.

What kind of audience were you expecting to see?

Olga: We were counting on families with children, those who already have pets. But the program was above all designed for children: in particular, it included workshops on origami and creating fun animals masks to wear.

Did the event pay off?

Olga: But the good thing is that we managed to gather 13,000 rubles for animal shelters.

What special features were there at the festival?

Veronika: A lot of universities partnered with us to make this event a reality, and they were a great help to us, organizing pet food collections and donating it to us. The guys from St. Petersburg Electrotechnical University LETI, for example, helped us in developing a website for our megaquest, the virtual part of our event.

Olesya: The festival also featured a unique project by the vegan community “Through Their Eyes”: guests could put VR glasses on and see what happens in slaughterhouses through the eyes of the animals themselves.

There were many different animals at the festival, apart from just cats and dogs. Is this the idea of your club?

Olesya: Yes. When we were just establishing our club, Olga heard about the fund specializing in rats. That’s how we came up with the idea of a club that would help different animals, not just cats and dogs.

Please tell us more about the Paws of Help.

Olesya: The club turns one year old this October. It was started by us as just a group of friends from the same faculty who got interested in helping animals. We organized a pet food collection activity at the Spring Week of Kindness at the university and realized that students would like to take part in such a movement, and as the niche for it was free – ITMO didn’t have any similar events going on — we decided to take the matter into our own hands. As an additional stimulus, ITMO has everything we need to do it: if we need any materials we can just come in and ask for them, if we need funding we apply for a grant.

How many people are there in your club?

Olesya: Nine, but we’re now attracting new organizers and volunteers for our projects, as we have lots of ideas, but don’t have enough time to bring them all to life.

Will you continue volunteering for the club when you graduate?

Olesya: Yes! We plan to help the project both when we become Master’s students and after we graduate. However, we would like it to remain a student initiative, as students can find everything they need here to make this club work: people, money and support. But we have some ambitious plans too: for example, to create a center which would help other universities and shelters in the organization of events aimed at benefiting animals.