ITMakeup, a student club dedicated to promoting self-acceptance and educating its members on how to use makeup in their everyday life, faced a unique challenge in recent times. As the university went online, it had to figure out how to engage with its members remotely, when everything was already in place for in-person beauty sessions. We caught up with Maria Shvedova, Polina Guseva and Olga Kokorina to talk about how they're finding ways to thrive, their inspiration and future plans. 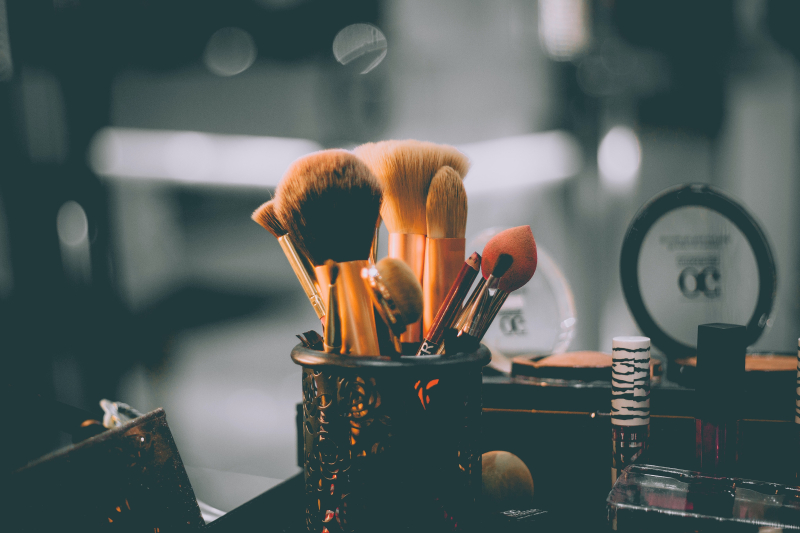 As far as I know, your club is rather young. How did you come with an idea of creating a student club for makeup and self-love?

Maria: During this year’s ITMO Introduction Days, one of our club’s makeup artists, Polina, a first-year Bachelor’s student, was surprised there was no such club on a similar topic, so she became inspired to start her own. The team came together astonishingly quickly, as did the first members of our club. We wanted to create not only a community where people would come to learn something or entertain themselves, but also a place one could come (or log into a livestream) to dive into the atmosphere of accepting one’s own beauty. And I believe we’ve achieved our goal.

How does one become a makeup artist at the club? And what do I do to join as a regular member?

Maria: It’s extremely easy to become a member and attend our in-person makeup classes – you can just send me a message on VK, and I will tell you all the details.

As for our makeup artists, there are currently two, Polina and Polina. Initially, before we switched to studying from home, we were planning to finish our first course and choose someone from among the students who really wanted to become part of the team while also having all the necessary skills. Now, however, we can only hope for some makeup artists to join us because we cannot assess the skills of other candidates online. But as soon as the self-isolation measures are lifted, we will use this opportunity to consider every potential guru.

What kind of events have you organized? Tell us a bit about the first meeting of your club – I saw some pictures from it on your VK page.

Polina: We recently finished our first online course on makeup. It started offline, but then we brought it online and held a number of workshops over at the ITMO.STUDENTS official page. Next week, we’re starting an online challenge. Each week, one of our masters will upload a makeup look, and the participants will have to use it as an inspiration for their own looks.

As for our first offline club meeting, it turned out to be quite warm and cosy – we gathered at ITMO’s Lomonosova campus to get to know our new members, drink tea and talk about their expectations from our courses and play a little Kahoot quiz.

Do you think you’ve managed to effectively transition your club to an online format? Were there any unexpected challenges or pleasant discoveries? And are there any more livestreams on the way?

Olga: I think we’re doing well online. Naturally, it is quite a complicated transition, and we had to reschedule a lot of plans. Our first course, already mentioned above, had started right before the onset of quarantine, and it was meant to be an introduction into makeup for all our members. We were all set and ready to go – we’d planned every class and purchased the necessary products. The idea was that you could come and learn something about makeup even if you didn’t have any of your own – we would still help you learn some basic skills. Unfortunately, there’s no virtual makeup, so we’ve had to adapt to the well-established format of tutorials and challenges for now.

And yes, we are planning to organize more livestreams, and there will soon be a quiz held on our VK page.

Speaking about your page, there’s a post there about your grant from ITMO.STUDENTS. What is it? And how important was it for you to get support from the University?

Polina: The grant is a certain sum of money a student club can win if they have an outstanding idea they want to bring to life but cannot do it on their own. To win this grant, you need to take part in a competition, and first send in your application where you prove that you really are a worthy candidate.

The competition itself included a number of stages: first, you needed to register for it and send in the application, then there was the nervous stage of waiting for the results to be announced – and then for them to take effect. Filling in the application turned out to be quite nerve-wracking: it was the first competition of this kind for us, so we needed help with that, which we eventually were glad to receive from ITMO University staff. It was especially hard for us to compile a budget, as our club is quite specific and it turned out to be quite a long list – each item of makeup had to be written down separately with all of its properties. But we managed to complete it eventually!

We were over the moon to see the club in the list of winners. It would have been almost impossible to run our club otherwise as we needed a lot of makeup for any member who might want to join us. We are very happy that none of our beauty adepts (as we call our club members) have to spend their own money to benefit from our courses.

Did you get the chance to collaborate with other student clubs at ITMO?

Olga: One of our masters hosted a workshop together with the Buddy System club. It’s currently the only collaboration we’ve had. We would like to work more with other clubs, as it’s always an opportunity to create something interesting. For instance, we’re thinking of hosting a couple of workshops with ITMO.GREEN. And maybe collaborate with Hello Soap, ITMO’s soap-making club, though that’s still an idea in development.

What is the first thing you will organize when ITMO opens its doors once again?

Maria: We can’t wait for another club meeting, and we would love to start our offline course as soon as possible. It will be the second version of our course on makeup. We would really love to make this particular dream come true.

What piece of wisdom would you share with someone who wants to take the first step towards self-acceptance?

Maria: It’s a tough question, as some of us are still on this journey, on their way to accepting their beauty and practicing self-love. Personally, I like to write down the things I like about myself. One other thing I like is adding tattoos to my body, which helps me to accept myself and my appearance.

Polina: And I always tell people to not be afraid to be creative.