Musical concerts and art exhibits rain (sic, like me and the majority of people on St. Pete’s metro, thanks weather) supreme in this weekend’s events forecast, with short bouts of sunlit Italian cinema and one space expo brought by the winds of the impending Cosmonautics Day. You could also expand your cultural horizons and go to Pskov, as an example. Or watch a movie. Or luxuriate in the joys of spring, provided it stops snowing. The weekend is basically your oyster. 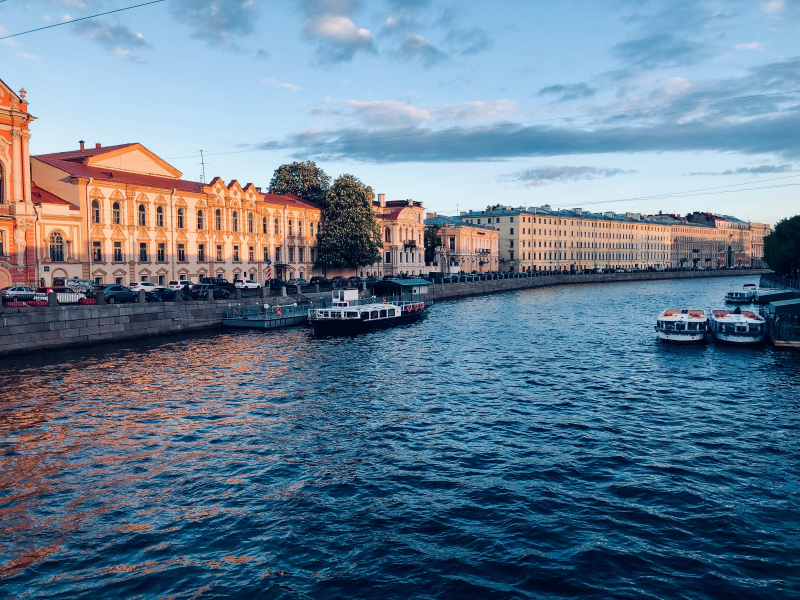 Rhapsodized for his charm and musical inventiveness, in his fifty years in music the US jazz great Edward Kennedy “Duke” Ellington gave over 20,000 concerts, with his eponymous orchestra going down in history as one of the most successful and prolific jazz collectives. In celebration of the musician’s 120th birthday anniversary, his iconic legacy, a sea of jazz compositions punctuated by church concertos and cinema and theater scores, will be once again revisited in a performance by Kirill Bubyakin-led Jazz Philharmonic Orchestra to take place this Saturday, April 13, at the St. Petersburg Philharmonia. Tickets start at 300 rubles, and the concert itself starts at 8pm: be there or be square.

Also taking place on Saturday, April 13, this time in the minimalist interiors of the Jaani Kirik church and music hall, is a concert of French and Russian music of the Romanticism, Impressionism and Art Nouveau eras. Dubbed as “Classique a’la Russe”, the event aims to fulfil its name to the max by also including seminal ballet performances of Sergei Diaghilev’s Ballets Russes. The kick-off is at 7pm, tickets start at 600 rubles.

The musical avalanche continues on April 14 with Russian music seasons, a classical music concert starring the crème de la crème of St. Petersburg music and opera scene. The organizers promise that the bravehearts who decide to dish out 1,600 to 6,000 rubles for a ticket will live it up like the Russian aristocracy back in the day, plied with the works of Tchaikovsky, Vivaldi and Strauss, a glass of champagne and a tour through the majestic Grand Duke Vladimir Palace, also known as the House of Scientists, where the concert is to take place starting at 7.30pm.

Held in the Benois Wing of the Russian Museum, Three Petersburg collections is a brand-new art exhibition bringing together masterpieces by Ilya Repin, Ivan Aivazovsky, Boris Kustodiev, Mikhail Vrubel, Kuzma Petrov-Vodkin, Léon Bakst, Alexandre Benois, Konstantin Korovin, Zinaida Serebriakova, Konstantin Somov and other prominent members of the late-19th-century Russian art community. The majority of works on display, which includes paintings, graphics, sculpture, decorative and applied arts and numismatics, have never been shown to wider public, heretofore existing in private collections of three St. Petersburg families: the Paleevs, the Berezovskys and the Naumovs. Tickets are 250 rubles for students, 500 rubles for everyone else. The exhibition runs until June 10, 2019.

Roberto Matta and the Fourth Dimension

Despite being an eminent figure in the 20th century abstract expressionist and surrealist art, for a long time Chilean-born Roberto Matta remained a stranger to Russian museum-goers. This is to be rectified by a one-man exhibition in the Hermitage, running from April 10 to June 30, 2019. Roberto Matta and the Fourth Dimension will showcase a whopping 60 works by the artist, known for his unique handling of space. The name of the exhibition reflects this quality, referencing to the testimonial by the father of the surrealist movement André Breton: “Matta had a unique way of showing the necessity to visually depict the four-dimensional universe. In his works, nothing is intentional anymore, everything comes from the desire to submerge into the area of the divine.” Tickets start at 300 rubles, free for students.

This Friday, April 12, is Cosmonautics Day, and the St. Petersburg chapter of “Russia – my history” park will turn into a massive spacecraft engineering bureau, replete with authentic historic material tracing back to the Big Bang of Russian cosmonautics, to celebrate. The extraterrestrial expo will also include an interactive area dedicated to Yuri Gagarin, whose journey into outer space on April 12, 1961 broke ground and gave rise to the whole event, screenings of thematic movies and documentaries, as well as a display of replicas of spaceships as dreamt by Jules Verne, Alexey Tolstoy and Bruno Bürgel. Free admission.

Organized by the New Italian Cinema Events (N.I.C.E.) non-profit, which aims to promote up-and-coming Italian cinematographers worldwide, especially those hailing from or dedicating their work to the city of Florence and the region of Tuscany, the XXII N.I.C.E. festival has finally reached St. Petersburg, where it is to be held on April 11-14 at the Rodina movie theater.

The weekend program is conveniently the bulkiest one, featuring seven films and documentaries mooting the complexities of the modern Italian society. Highlights include Boys Cry, a drama of two friends in a predicament (April 13, from 7pm, tickets), Hotel Gagarin, an ironic yet poetic comedy about finding happiness and a sense of purpose when you’re 35+ years old and have neither (April 13, from 9.30pm, tickets), Easy, a comical road movie with gravitas (April 14, from 9pm, tickets), and As Needed, a comedy about a veteran chef “with minor anger management problems” forced to take on a couple of young padawans (April 14, from 7pm, tickets). The full program is available here (in Russian). Tickets start at 200 rubles. Films are screened in Italian with Russian subtitles.

Have a great weekend!