Halloween is almost here, and it's time for all things mysterious and scary. As we’ve already explored the spooky characters of Russian folklore in last year’s article, this time we’ve decided to focus on the many mystical sights of St. Petersburg. 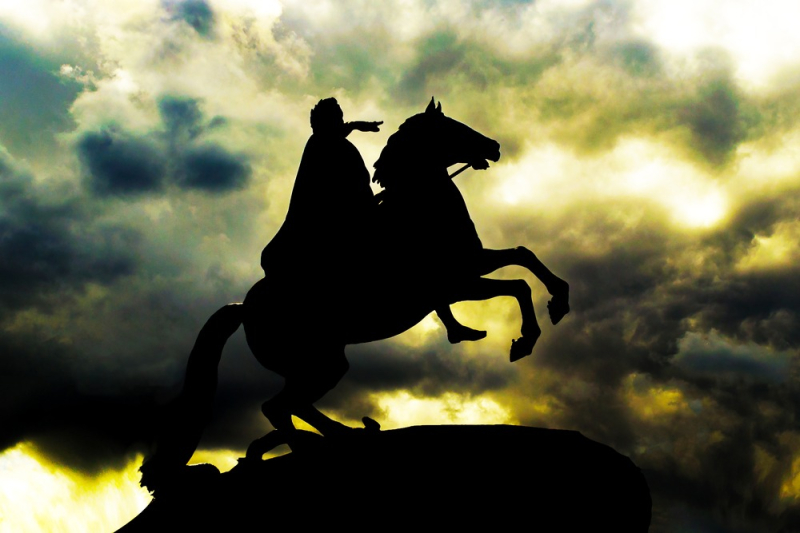 Apart from being one of the main symbols of St. Petersburg, this grand monument is also associated with a couple of grim legends.

The first has to do with the stone it stands on. Some say that once upon a time, sacrifices were made upon this imposing rock in order to quell the forces of evil! After the decision was made to transport it from its initial location outside St. Petersburg, the locals cursed the stone. Another popular urban legend states that the monument sometimes comes alive to patrol the city, and woe to anyone who meets it – they either go mad or are crushed by the steed’s bronze hooves.

While the Bronze Horseman is one of St. Petersburg’s oldest monuments, the two sphinxes in front of the Academy of Arts are about a dozen times older than the city itself. Once decorations for the mortuary temple of Amenhotep III (1,388–1,351 BC), they were brought to St. Petersburg in 1832 and since then have given rise to many myths. Some speak of the pharaoh's curse for moving the sacred statues; others say that they hide the location of some vast treasure.

One of the most popular beliefs is that the sphinxes’ facial expressions change throughout the day: calm and content in the mornings, they become malicious and wicked towards the night. In any case, the Universitetskaya Embankment gets quite deserted at night, and the presence of these ancient monsters makes it quite eerie.

Speaking of eerie places, the Mikhailovsky Castle is definitely one of them. Designed as a fortress to protect its owner, it became Emperor Paul’s deathplace, and is said to be haunted by his sorrowful ghost – which is just one of legends associated with it. You can read more about this truly enigmatic place in another of our articles.

Arguably the most famous mystical place in St. Petersburg, the Rotunda is the entrance hall of one of the city’s many old residential buildings. Though the building itself looks quite mundane from the outside, what awaits you behind its doors is a round room with double-return stairs encircling six high columns, a most surprising and peculiar construction given its plain purpose.

The unique layout of Rotunda is often associated with Freemasonry initiation rituals, which supposedly took place there; it is also said to had been frequently visited by Rasputin, Russia’s most famous mystic. In the 80s, the hall became a place of pilgrimage for Russian rock musicians thanks to its great acoustics, which resulted in even more urban legends surrounding it. It was then that graffiti had become a common sight on the Rotunda's walls, as many believe that whatever wish you write there will definitely come true – though at a terrible price.

Another of St. Petersburg’s strange constructs is the Griffin Tower located in one of Vasilyevsky Island’s courtyards. The eleven-meter red brick tower looks very much our of place even if you ignore that almost every brick has a number on it. As opposed to the Rotunda, though, the real meaning behind these obscurities is well-known: the tower itself is a chimney of a laboratory of one of the city’s oldest pharmacies, and the numbers are just an art project.

As the legend goes, Dr. Pel, the pharmacy’s owner, dabbled in alchemy in an attempt to create griffins and succeeded in finding the “formula of happiness”; the griffins still guard the tower’s secrets, but are invisible and appear at night only. Quite unexpectedly, the tower is said to bring good luck.

While the sphinxes and Rotunda are eerie, there’s one place in St. Petersburg that’s truly ominous. Obvodny Canal is the city’s biggest, but it’s not the only thing that it’s famous for. The canal separates St. Petersburg’s historical center from its “grey belt”, and boasts quite a depressing scenery; dirty and shallow, it’s surrounded by many derelict industrial facilities and residential buildings. The place has always had a bad reputation; some say it’s because it was dug through an ancient pagan graveyard. Whatever the case, Obvodny Canal can well be called St. Petersburg's most daunting place: gloomy at day, it gets plain creepy as the night falls.