Beyond Moscow: The Other Capitals of Russia

What if the capital of Russia was somewhere else but Moscow? Here’s our list of cities that could surely compete for this honorable title. 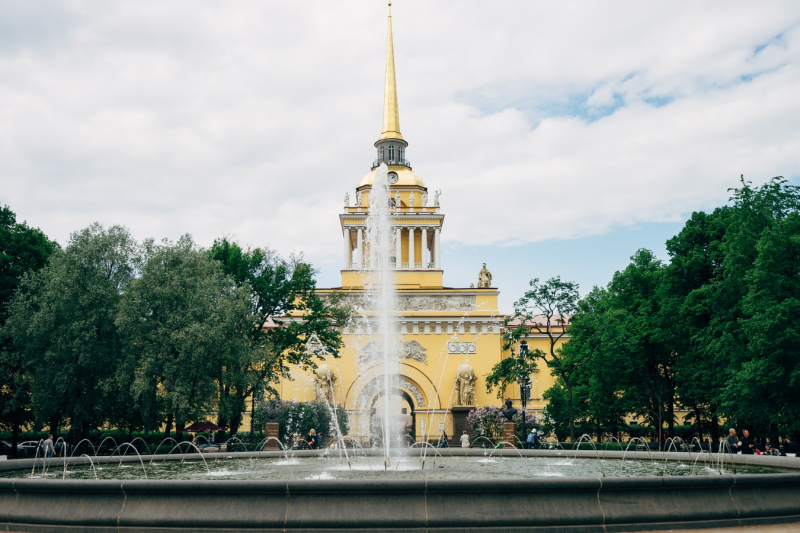 Meet St. Petersburg (also known as Petrograd and Leningrad) – the main contender for the title of the capital with near-200 years of relevant experience. Peter the Great, who founded it in 1703, was the first to take a course towards strengthening Russia’s ties with Europe. Due to its geographical position, Moscow was not suitable for this ambitious purpose, so in 1712 the capital was moved to the newly-built city, giving it a major impetus for development. Thanks to this, St. Petersburg rapidly grew in infrastructure, soon becoming a European metropolis. In 1918, at the height of the revolution, the Bolsheviks, fearing revolts, transferred the capital from then-Petrograd back to Moscow, and this sensitive question hasn’t been officially brought to us since then. Now, the city bears the titles of both the Cultural and the Northern Capital, yet the rightfulness of the event that occurred more than a century ago is still a topic of heated discussions among its citizens.

The capital of the Republic of Tatarstan, this city was also officially registered as the Third Capital of Russia with Rospatent in 2009. Yes, turns out acquiring such a title involves bureaucracy more than public recognition. Nevertheless, it has every right to be called that. Until 1552, it was the capital of the Kazan Khanate; then, it was conquered by Ivan the Terrible and annexed to the Russian Tsardom. As a result, the complex historical background of Kazan formed a distinctive juxtaposition of Russian and Tatar cultures in architecture, cuisine, and customs. Here, within the walls of the local Kremlin, the Orthodox Annunciation Cathedral can be found side by side with the magnificent Qol Sharif Mosque. Today, Kazan is a city with a business-friendly environment and a popular tourist destination, ready to excite even a visitor experienced in traveling around Russia.

The city that de juro lost in the race for the title of the third capital to Kazan, Nizhniy Novgorod in fact is absolutely in no way inferior to other participants. For years it was considered and still remains the capital of the Volga region. In the 14th century, it was the capital of the Principality of Nizhny Novgorod-Suzdal and in the 19th century, the Decembrists predicted that, after the overthrow of the autocracy, it could become the new capital of Russia. Today Nizhny Novgorod is a million-plus city that mixes a medieval atmosphere with the spirit of merchant Russia and the rhythms of a prosperous metropolis. From the Volga, the queen of the Russian rivers and ancient fortifications to modern museums, it has a lot to offer to its visitors and citizens.

The Capital of the Urals, the mining center of the Russian Empire, the homeland of the first Russian president Boris Yeltsin: this is all Yekaterinburg. Since its very foundation in 1723, this so-called “Window to Asia” served as an important industrial hub due to its mineral deposits and proximity to the countries of Central Asia and the Far East. A unique location at the interface of Europe and Asia shielded the city from possible foreign invasion, which was a strong point for moving the capital to Yekaterinburg (then called Sverdlovsk) in times of political crisis both during World War I, the Cold War, and after the collapse of the USSR. For better or worse, it hasn’t happened, and nowadays Yekaterinburg is a rapidly developing urban center, hosting major international events like the summit of The Shanghai Cooperation Organization. It’s worth visiting to enjoy the architectural gems of the constructivist era or visit the site of the execution of the Romanov family.

One of the most ancient towns of Russia boasts a unique thousand-year history of ups and downs and is traditionally considered to be a cradle of Russian statehood. In fact, long ago, from 864 to 882, it was the capital of Rus, a residence of Rurik, right before the foundation of Kyiv Rus. Later, Novgorod became the first democratic republic in the history of Russia, with an elected mayor and a developed structure of local government while remaining the center of international trade as a part of the Hanseatic League. Although prosperous times ended in 1478, when it was annexed to the Grand Duchy of Moscow and lost its political power, Novgorod has managed to preserve its historical heritage and authenticity to the present day. Adorned with around 60 orthodox churches and cathedrals, it’s a small but vibrant city where European air organically blends into Russian culture.

Explore Russia from the comfort of your room through our articles about the Yamal Peninsula, the Republic of Bashkortostan and the coldest places in Russia.