From an egg-shaped residence to a tractor-inspired theater, you can find inspiring and sometimes bizarre buildings scattered all over Russia. 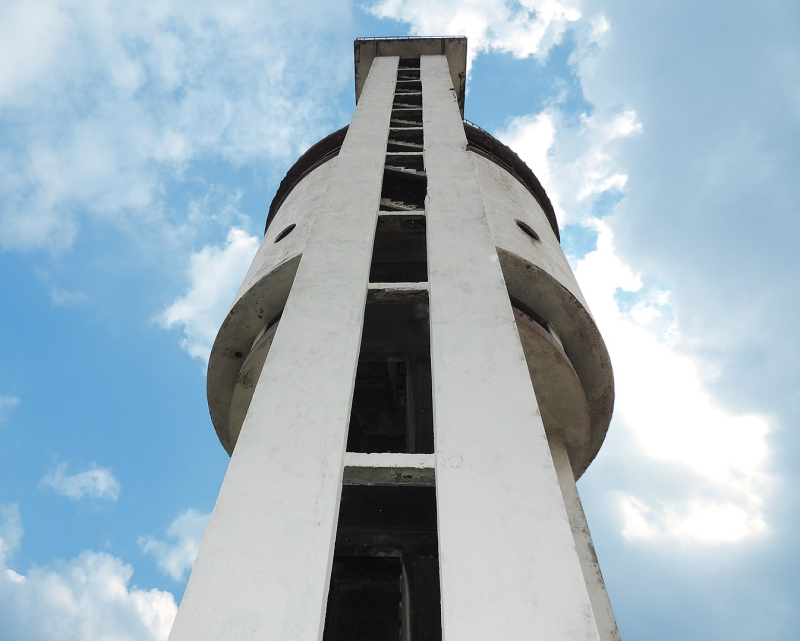 This constructivist water tower was built in the 1930s on the outskirts of Yekaterinburg, one of the most important administrative and cultural centers in the Ural region. The Tower itself came into being because of the factory and the residential areas of its workers located nearby. Made from reinforced concrete, the construction was fairly light while its style and appearance served as inspiration for other adepts of Constructivism in the later years. In the 60s, the tower fell into oblivion and was left to its own devices; in recent years, it gained public attention which has resulted in active renovation and beautification of this unique building. As of now, local activists host tours to the site and continue on their quest to turn it into a modern public space.

Quite controversial, this one is said to be a representative of the “High Luzhkov” style of Moscow architecture. Yury Luzhkov was mayor of the city in 1992-2010 and architecture-wise, this period is characterized by developers branding the city with almost any design they could think of – without the need to consider how it would fit into its surroundings. You can see now where the controversy might come from. Add to it the fact that originally, the project inspired by the famous Fabergé eggs was meant to be a maternity clinicin Bethlehem – and when it was cancelled, it became sort of a bee in its architect’s bonnet, and you might just see why the building keeps attracting tourists and spawning public debates to this day.

Originally built in 1935, this theater was created with one of the first Russian tractors in mind and is also one of the finest examples of Soviet Constructivism. Covered with marble inside and out, the building, although grand, lacked the good acoustics that are so crucial for theaters and concert halls. As it suffered during the war, the building had to be reconstructed and renovated with its original look preserved – its acoustics improved greatly, but, sadly, most of its original marble facade was done away with. The theater now has three different stages and is a popular destination for theater-goers from all over the country.

Founded in the 1930s, the theater was originally meant to attract youth and children and from the very beginning its directors tended to experiment with forms and creative decisions in the plays they produced. During the war, as the company had to move from location to location, more classical plays were adapted, making the repertoire more appealing to people of different ages and backgrounds. Then, in the 60s-70s, as the new director was able to attract the necessary funds, a new building was created – and it has been housing the company since 1984. The project was meant to represent a sailing ship and the key to the building, also made to look like a ship, is said to still be kept inside – perhaps as a token of luck that may or may not be partly responsible for the company’s many achievements and popularity.

Yet another controversial item to top this list, the House of Soviets is an unfinished building located on the site that originally hosted the Königsberg Castle. Originally, the plan, heavily inspired by works of Brazilian architects, contained 28 stories but was later proven to be inadequate for their weight, so the construction had to stop at 21 stories. In the mid-80s, the project lost its funding and construction was stopped completely – and so it had remained in its current unfinished form for many years – with only one recent attempt at redecoration, when the walls were covered in pastel blue. The locals have many names for the building – from “buried robot” to “SpongeBob” – and there is no public agreement on whether it has to be kept as a representation of Brutalism in architecture or completely rebuilt to give place for better-quality public spaces.