Down the River: Delightful Journey Through My Suddenly Unfamiliar Country

I have a lot of tender feelings towards my country (although I cannot call myself an ardent patriot), so sometimes I am disappointed by how little of it I know and have seen. During school geography lessons, instead of studying our homeland, we sang all kinds of songs; that’s right, our geography teacher was also our music teacher. While our choir was the pride of the district, my knowledge of Russian geography was limited to a general idea of Russia’s geographical outlines and the names of a dozen large cities and rivers, mostly thanks to the numerous maps hanging on the walls of the classroom. 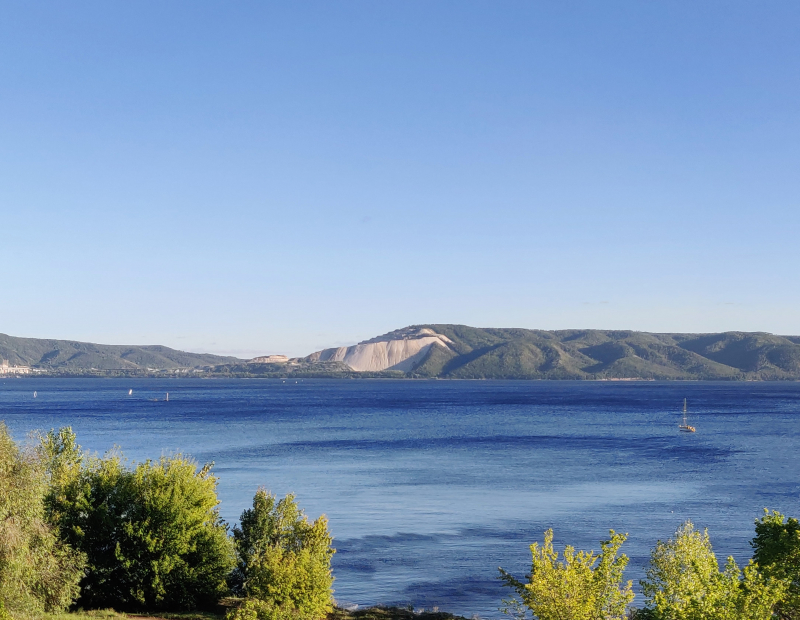 All other knowledge was acquired empirically – in conversations with people who came from different parts of our great homeland, from books, and, of course, from travel. And yet, in pre-pandemic times, my Russian trips were rare, and I’d only made it to a handful of cities.

But here comes COVID-19, and after almost six months of self-isolation and working from home, I realized that I was in urgent need of going on a real journey. When I thought about where I could go, in the conditions of partially-closed borders and reasonable precautions against the virus, my mother's stories about how she went on a cruise of the Volga River in her youth suddenly surfaced – and I thought, why not?

We joined forces with a wonderful and trusted friend and booked a cruise from St. Petersburg to Samara. It turned out that such a trip would take eight nights, which seemed like plenty of time to get bored (we were terribly wrong, but more on that later), so we decided to fly back by plane. If you’re thinking of taking a similar trip, just google “круиз по волге".

Finally, our suitcases packed, we came to a pier with the funny name Utkina Zavod' (Duck Backwater) and our journey began!

The first thing that struck us was that the ship was much more luxurious and prettier than we expected and we were fed so much delicious food. It’s as if they were deliberately trying to get us to gain weight by the end of the trip.

Secondly, we were practically the only people on the cruise under 60, and those few who were, were staff, not passengers. So here we were, getting up early in the morning, having almost no physical activity (limited space on the ship, most of the tours done by bus, etc.), enjoying classical music concerts, oxygen cocktails, and lots of food – it felt like we had retired a quarter of a century earlier than expected.

Of course, initially this terrified us. I mean, we were on vacation, we wanted to sleep till noon, walk and be with our peers! But then… at first you are amazed at how little effort, responsibility or initiative (things that make up our worlds 24/7) is required of you. Every day you are conveniently brought to a new place. Along the way, you are entertained and fed according to a pre-arranged schedule, and for the first time in your life you have enough free time (and literally nothing else to do) to sit on the deck and gaze at the shores as they go by.

Besides, the first couple of days that you go along the River Neva, Lake Ladoga, River Svir, and even Lake Onega, you are so close to home that you have not yet started spending a lot of energy on admiring new places, and you look at the world around you with a slightly lazy, but already satisfied gaze.

And then, suddenly, completely different places appear! The first city that really impressed me was Kostroma. To be honest, the name always seemed strange to me, and I expected this town to be a... big village? In short, nothing interesting. I only knew that the famous Ipatiev Monastery (cradle of the Romanov dynasty) is nearby. How nice it was for me to be wrong! The town turned out to be beautiful and unusual, with a huge number of interesting buildings, both wooden and stone architecture. We escaped from the bus tour and went for a walk – and found the most delicious coffee, amazingly interesting people and even an impromptu drummer show on the waterfront. Thank you, Kostroma!

Escaping from the bus proved a winning strategy at the stops that followed. It gave us a chance to explore and find our own adventures – like the time when we were riding through some serene pine forests and quaint villages and as we mused about the advantages of moving there, the pedal of my bike fell off. The boat was leaving in an hour with or without us, and my friend didn’t even have her passport with her, which would make it impossible to buy a train ticket to catch up. Balancing pedaling and fixing the bike every five minutes, we finally made it to the dock with minutes to spare and ran the last few feet. Sweat running down our backs, we were nervous about the temperature checks, a mandatory procedure to get on board, but it turned out that all the racing in the chill air brought our temps down to near dead-body levels.

Then there was Nizhny Novgorod, striking at first sight, while we were mooring to the pier in the very heart of the city, at the foot of the Kremlin. Historically rich, large and beautiful, surrounded on all sides by the deep rivers of Volga and Oka, full of life, culture and incredible cozy beauty, it made it clear from the very beginning that we’ll just need to return here.

An absolute shock for me was the Kuybyshev Reservoir (title photo) located on a river which is often known as the Zhigulevskoe Sea. Formed after the construction of the local hydroelectric power station, it is known for its enormous size: the third largest in the world, and the second among those on a river.

Our cruise went through Kazan and Tolyatti and concluded in Samara. Relaxed and happy, we did not want to leave our cozy ship at all and were ready to continue our journey along the Volga, hoping to even get to Astrakhan (I hope we will another time!).

Samara, known by the Russian folk song Ah, Samara-Gorodok, turned out to be not as small as it might seem from this simple song – a million-plus city, it turned out to be large and active, and it was here that we finally started (with all possible precautions) the theater season!

Now, looking back at this delightful, serene adventure, I understand that at other times I wouldn’t have embarked on such a "geriatric" and long journey – and it is all the more wonderful and surprising how much I enjoyed it. I look forward to the opportunity to once again plunge into this unforgettable atmosphere of the endlessness of Russian rivers and the tranquility of water cruises.