Saint Petersburg has a vast transportation network that is easy to pay for and use. You can get around town using the metro (“so deep it goes below the permafrost”), buses, trams, trolleybuses, commercial minibuses called “marshrutka” and many taxis. Here’s a primer on how to get anywhere without breaking the bank. 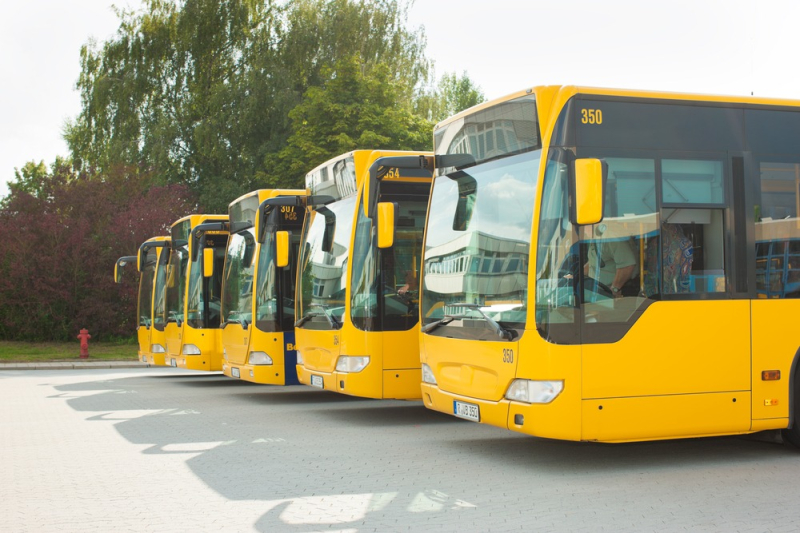 NB: An updated version of this article, published in September 2020, can be found here and includes the latest info on this subject as of its publication date. Please note that information contained in the article below may be out of date and no longer valid.

If you take public transport regularly, it’s a good idea to get a “podorozhnik” transportation card. It works on all public transport and can be refilled at your convenience. You can buy it at cashiers and ticket machines at metro stations. When you use it, by touching the turnstile at the metro or an orange validator in a bus, it will automatically deduct the cost of the ride.

You can just load money or you can also load different types of passes on the card. There is a one day pass (180 rubles, works for 24 hours from the first trip, can be used for all kinds of transport with no limit) and a monthly pass (2900 rubles, includes 70 metro trips and usage of other transport with no limit). There is also a similar discounted monthly pass for students, which costs about 1035 rubles a month. The card itself costs 60 rubles and is the size of a bank card. There is also a smaller keychain version that costs 100 rubles.

How do you load money onto a “podorozhnik”? There are a couple of options:

Important! If you load money in places other than at the cashier desk or machines of the stations, you need to activate the value! You can do this by placing the card on one of the machines to check the remaining value or the ones for loading value. You need to pick “Top up the unified E-Purse” and then place your card to the reader.

For those who travel to Moscow often there is a special type of “podorozhnik” that is called “troika”. This card can be used in both Moscow and Saint Petersburg. When you leave St. Petersburg or if you don’t need the card anymore, you can return it at the cashier at any metro station and get money back for it. The balance has to be 0 when you return it and you have to be prepared to show ID.

The Saint Petersburg metro is famous for its beautiful stations and long escalators and is worth a ride even just for the fun of it. If you don’t plan on using the special transport card, a more expensive, but one-time ride can be obtained for the metro by buying a token that is called “zheton”. One zheton costs 45 rubles (compared to 35 rubles which is what would be deducted from the card if you load money on it), and you can buy it either at the cashier desk or in machines that you can find in every metro station.

Mia Eriksson: “Don’t get confused when you get your change, the zhetons are also in there, they look just like coins! By entering one zheton in the metro gate, the gate will open. In the metro you can change the line as many times as you like with one ticket.”

A zheton can be used for one single trip in the metro. There is no time limit, so you can stay in the metro as long as you want. An unused zheton is always valid.

If you want to find the best route to get to a particular station by metro, to know how long it takes, and also which metro car you should board, you should definitely download the app, Yandex Metro. It’s available in both English and Russian, and it can be more efficient than google maps sometimes. It explains to you at which station to change trains and if it’s faster to travel by taxi rather than metro from a particular station to another, it’ll tell you how long it would take by taxi.

One of the great advantages of the St. Petersburg metro is the trains run very often. That painful feeling of “I missed my train” is something you almost never feel underground in St. Petersburg. By the time you walk to the other end of the platform another train has usually arrived.

Other payment methods: You can use the PayPass technology of MasterCard to pay for your trip. MasterCard readers can be found in all the stations, most commonly next to the operator’s booth. If you have an Android smartphone with NFC, you can also download the “wallet” app and use it to pay.

These types of transport run either according to a schedule that can be found at the stops or in certain intervals that usually vary from 10 to 15 minutes. Lately, on some stops new boards have been installed that show the arrival time of the next vehicle.

When entering the vehicle, if you have a “podorozhnik”, you can tap your card on the orange validator if they are available, and then your card will be checked by the conductor. If not, you can also buy a one-time ticket directly from a conductor in an orange vest who will approach you for a payment. When paying for the ticket in cash, you will receive a paper ticket that has a 6 digit serial number.

According to a legend, if you receive a ticket where the sum of the first three numbers equals the sum of the last three numbers, the ticket will bring you luck. If this is the case, you should save the ticket (some versions of the legend require eating the ticket, but we don’t recommend that, as the conductor is also handling cash that usually has a lot of bacteria).

In any case, you should keep the ticket until the end of the trip because it may get checked at any time.

Marshrutkas are usually minibuses that cover routes somewhat different from municipal public transport. They tend to be faster and more nimble but can also be more expensive, and more uncomfortable.

This type of transport differs from the municipal ones in a few ways.

1. Marshrutkas in Saint Petersburg accept the card “podorozhnik” as a payment method.

2. No discounts. In marshrutkas you cannot pay with student transportation cards.

3. Own routes. Sometimes the routes happen to be similar to municipal transport, but there are also ones that have their own route.

4. Stops on demand. They mostly stop at designated transport stops but will also stop to drop off or pick up passengers wherever their drivers deem safe.

5. Smaller size. Commonly marshrutkas are yellow or white microbuses for example from the Russian brand GAZel, looking a little like the Volkswagen Multivan, with 13 seats. Sometimes they are small buses with up to 40 seats.

6. Payment to the driver. The driver of the marshrutka will drive and take the payments at the same time (and sometimes they even talk on the phone on top of that). This magical multitasking practice has become a common topic for comics and jokes in city culture.

Most people use mobile apps with their favorite taxi services. You can choose from Uber, Gett, or Yandex.Taxi, which work in all the bigger Russian cities (also available in English), and Taxovichkof, which only works in St Petersburg (also available in English, German, French, Spanish, Italian and Chinese). It doesn’t hurt to download all of them and choose a service depending on which one is cheaper at the time you want to use it. Price often depends on availability of cars and demand at the time.

Mobile Apps for Getting There Faster

There are many different applications that make using public transportation easier. Yandex.Navigator is a program mainly designed for drivers, but it is useful if you want to know what’s happening with traffic jams and accidents. It works also in English, French and Turkish.

As mentioned before Yandex.Metro is an application that helps to find the optimal metro route. It also works in English. This app can also be used in other 5 other cities around the world that have a metro.

Available in English, Yandex.Transport is a very useful application for those who use public transport. It also works in English. It tracks buses, trolleybuses and trams in real time and can suggest an optimal route to your destination. “Trafi” is also a great app with similar functions, you can look at bus routes, or just see which buses are heading in your direction at any given time. It gives you live coverage of all buses, trolleybuses and trams and their movement.

Mia Eriksson: “To make getting around the city even easier, you might want to download the application “2GIS” to your mobile phone. This application has maps of most Russian cities, and once you download one of them, you can always use it even offline. The maps have information about different companies and public transportation. This means that with this one app, you can find shops, cafes, museums and other places, and information on how to get there. It will even tell you the opening times!”