St. Petersburg’s vast public transit network is easy to use and not overly expensive. In addition to being convenient and oftentimes quicker than a taxi or rental, it can also be a great way to explore the city on a budget. Visitors to Russia’s cultural capital can make use of the metro, buses, trams, trolleybuses, and commercial minibuses (marshrutkas). Here’s our primer on how to get anywhere in St. Pete without breaking the bank. 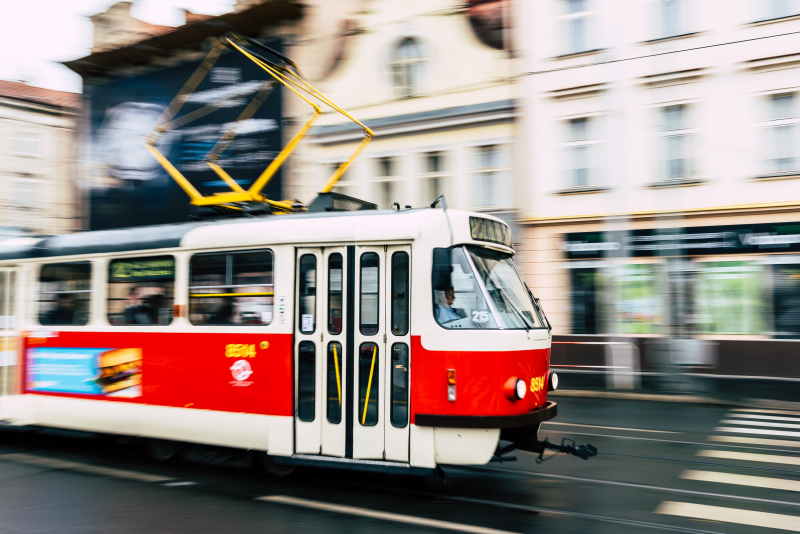 If you take public transport regularly – and you probably will – the first thing you should do is get the Podorozhnik card, which you can purchase for 60 rubles (100 rubles in key fob form) at any metro station, as well as official St. Petersburg Metro offices at Rubinstein St. 32 (near ITMO University’s Lomonosova campus) and Lenina Square 8/8 (by the Finlyandsky railway station).

In addition to the simple “e-wallet” payment plan, there are several time-based tariffs, ranging in price from 68 to 3015 rubles, that allow you to use any mode of transport within the span of 90 minutes, 1-7 days, or 1 month from the moment of first use. While the other plans are available for a fixed price, the cost of each individual ride when using the e-wallet option is lower than the “regular” ticket price and is discounted even further based on the number of uses in the past month, resulting in a discount of 17 to 21 rubles per ride.

Use your newly-acquired card by simply holding it next to a turnstile (on the metro) or a bright orange “validator” on a bus or tram. Select commercial minibus routes also accept Podorozhnik cards for payment, though without a discount price. Need to top up your card? There are several options:

NB: When topping up your card via text message, website, or app, you’ll need to confirm the transaction afterwards by placing the card into a special terminal at any metro station or pressing it to a validator for two 20-second intervals.

Students of higher education institutions in St. Petersburg are eligible for a special BSK (БСК) card that includes an unlimited 30-day plan. As of 2020, the monthly payment is 550 rubles for a metro-only card, 485 rubles for an above-ground transport card, and 1,035 rubles for a combined plan.

From September 1 till September 30 students can pick a temporary generic card at any metro ticket office by presenting their passport and student ID. The card will remain functional for a limited time; in the meantime, you’ll need to apply for a personalized BSK in the period between October 1 and December 1 in any of the following ways:

Don’t forget that you can always get in touch with ITMO’s Student Services Office in case you need help with any issues that emerge during your stay in St. Petersburg!

If this is your first time in the city or you’re simply planning a lot of exploring, you might also want to consider the St. Petersburg Card. Offering a pricing system similar to the Podorozhnik, it also includes free entry to several dozen of the city’s top museums, palaces, and so on.

Taking a ride on St. Petersburg’s renowned underground transit system is not only often the most convenient way of getting around the city – it is also a free lesson in Russian history and culture. If you’re interested in learning more, check out our articles on the unspoken rules of Russian transit, the metro’s must-see stations, and even the literary origins of their names.

Any self-respecting St. Petersburg native knows the metro map by heart, but even they sometimes have trouble finding the optimal route or gauging the time it’ll take them to get to their destination. This is where Yandex.Metro comes in – available online or as an app (App Store; Google Play).

As we’ve already mentioned, riding the above-ground transport in St. Pete can also double as a quick, self-guided tour of the city’s landmarks. One of our students has recently shared her list of the city’s most picturesque tram routes – from jaunts through the city center to a getaway into the overgrown suburbs. And there’s no way not to mention the T1 “tourist route” – the antique 1930’s tram that travels through the historical center of the city three times a day. Get your tickets in advance here.

If you’re no fan of uncertainty, download the Yandex.Maps app (App Store; Google Play) to keep track of all buses, trams, and trolleybuses in real time. Paying for your ride in cash? Don’t forget to keep your tear-off ticket till you get off: not only does that save you from paying the fare twice, but the common superstition says you might get lucky if the sums of its first three and last three digits are the same. Hardliners say you’re supposed to eat the “lucky ticket” while others say keeping it in your wallet is enough. The choice is up to you (though we strongly suggest the latter option)!

If you like to feel the wind or prefer to keep things a bit more eco-friendly, there are options, as well. The Smart Bike app lets you rent a bike and leave it in one of the many designated parking spots  once you’re done. The service is available throughout almost the entire city. Another way to explore the busy streets is on an electric scooter, such as Whoosh or Molnia. Good news for ITMO students and staff: you get to ride Whoosh scooters for free (as long as it’s between either of six ITMO-affiliated locations in the city). Just install the Whoosh app as well as the ITMO.STUDENTS app (App Store; Google Play) and use the latter to generate a special promo code that will let you get a free ride along the predetermined route (no more than twice per day; see additional terms here).