Change of Seasons: Autumn is Love

Autumn is a very special time of the year in St. Petersburg. As the Russian rock band DDT sang in a hit song, autumn is “ships burning in the skies” and “the city disappearing in a fog”. But it doesn’t have to be so dramatic. Autumn is a time of the year that brings with it new emotions and old memories. Here’s how we feel about it: 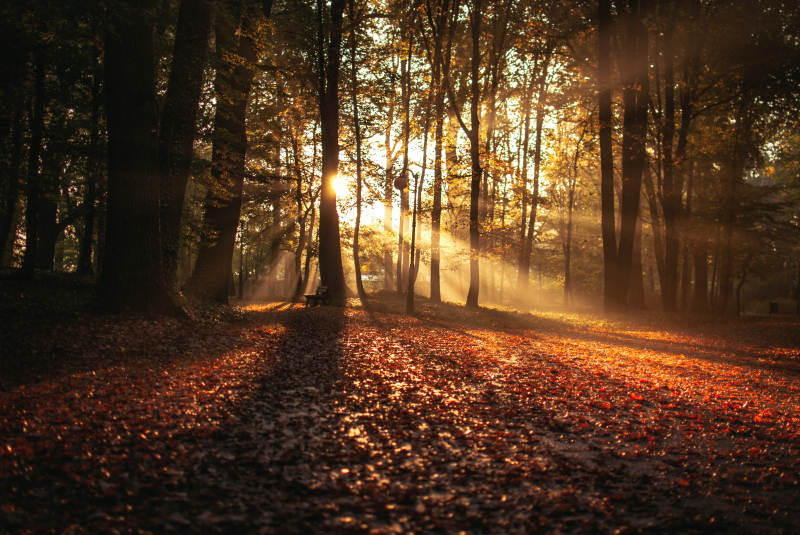 To me, fall means cozy food, catching up with family and friends over a nice steaming cup of tea, and long walks in the park. Rain or shine (the ‘shine’ part is mostly hypothetical, let’s be honest), I always take to the Summer Garden to wend my way through the delightfully crunchy (or disgustingly soggy, keepin’ it real) leaves listening to podcasts.

I devour lots of podcasts on a daily basis (especially in autumn when my brain starts to come round after the heat-induced summer slurp), but my all-time favs include the good ol’ science-based BBC Discovery, the movie-related MTV number Happy Sad Confused with the ever-affable presenter Josh Horowitz interviewing his glitzy movie star friends and inspirations, Ghibliotheque, a heaven for all Studio Ghibli junkies, and Adrift, in which the British radio veterans Geoff Lloyd and Annabel Port discuss their hilarious experiences of being socially awkward in a harsh world of fully functioning humans. A friend of mine recently let me in on Oprah’s SuperSoul Conversations, and I have to (sheepishly) say I’m pretty hooked, too, so I’ve got enough material to keep me going. I also have a tradition of rereading and rewatching Harry Potter come Halloween, hollowing the neighboring shops out of pumpkins (even though I don’t really like pumpkins), and starting to obsess over the impending Christmas holidays mid-November (at the latest). I guess you could say that I love fall.

Growing up in a country without real seasons I never had the opportunity to see the leaves fall down in the autumn and sprout in the spring, or the winter snow cover the ground. In Russia, the seasons hit you like a bullet; they’re beautiful and different and with every season your habits and lifestyle need to make some adjustments.

This year, we had a particularly long and warm summer, so the coming of autumn is much more welcome. I'm excited to bring out my autumn coats, and boots and to shake off my beanie, although the coziness of warm clothes wears off pretty quickly. Autumn goes by so fast and thus you have to make the most of that precious feeling of walking along a footpath covered in golden, crimson, maroon and purple leaves as if gliding through a little fiery paradise.

To me, autumn is a time of farewells - and new beginnings. Seeing the days grow shorter pressures me to make the most of them as if I wanted to atone for the time spent in the summer’s sweet slumber. As the air gets cold and lucid, I get the urge to catch any train, and leave the city to listen to the winds howling in the treetops, or watch the sun dip below the leaden waters of the Bay of Finland, meet my friends and feast like there’s no tomorrow. Then, wake up to my teeth chattering, throat sore from yesterday's yelling, and feel the primordial grief of a hungover morning, waiting for a new hope to kindle deep inside…

Seriously, if I ever wanted any season to last forever, that would be autumn - though I don’t think I would’ve survived it for long.

This autumn, I bought a new evening gown and new pajamas on the same day. My guess is that for many people who grew up in the Soviet Union, the new year truly starts in September, with the first day of the new school year, rather than in January. This is when you get to start from scratch, find new adventures, try new things.

Even many years later, every autumn still offers this glimmer of thrill, but with just enough melancholy for the depth of flavor… So here’s to glitzy outings as the music and theater season kicks off  (you can’t be in a better place than St. Petersburg for that) and to quiet nights at home, cooking, baking and enjoying apple cider. And as the soundtrack to a famous Russian movie goes, “There’s no bad weather. Every weather is bliss.”