We may be nudging you to spend fall in a vivid kaleidoscope of long park rambles and new beginnings, but before you start planning your agenda, there’s a big, fat, Falstaffian even, elephant in the room we haven’t discussed. Crunchy leaves, pumpkin harvesting, decorating for Halloween? Pfff. Ain’t no cinephile got time for that: we have a host of new series to attend to. For autumn means the start of a brand-new TV show season, and for good reason: what with the weather cooling down, nights closing in, and rain slowly but surely turning our streets into the Great Deluge apocalypse, the outside quickly loses its appeal – to the benefit of warm, marshmallow-esque couches, snug blankets, and cozily flickering TV screens. So if you’re up for a good ol’ cinematic binge, here’s our rundown on the best-of new fall TV. 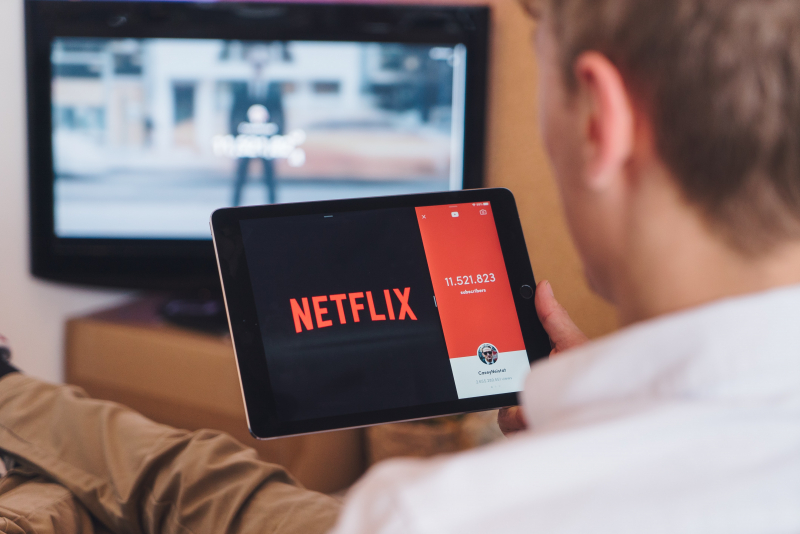 Let’s start with some good news, shall we: after many a moon spent off-screen, Jim Carrey is making a big homecoming with Kidding, a TV show that perfectly taps into his trademark ‘it’s supposed to be comedy, so why am I bawling my eyes out, but heck does that feel good’ kind of genre. And to double up on good news, this series marks Carrey’s reunion with Michel Gondry, a mastermind behind the Eternal Sunshine of the Spotless Mind aka one of the Canadian comedian’s most iconic acting works. Perhaps unsurprisingly, their new collaboration picks on much of the themes their first picture together ventured into so famously.

Kidding tells the story of Jeff Pickles, a lovable kids TV host simpatico leading a correspondingly goody-two-shoes existence until a familial tragedy stops him in his tracks. The pervasive publicity of his life in kliegs and the crumbling ruins of his family idyllic start crashing down on him, a fact that he tries to smooth over, but not for long, and he begins to spiral down to some real bad mental places (and that’s when Jim Carrey’s wonderfully wry and matter-of-fact comic talent steps in). Dark, funny, brooding, clever, bizarre, bittersweet – Kidding is top-quality TV show material.

A lavish period drama that bites: Gwyneth Hughes’s zesty rendition of William Thackeray’s most famous oeuvre, Vanity Fair gives the classic a modern twist so rapier-like and topical that it almost hurts. Not that this mutinous ‘novel without a hero’ exploring a seedy underbelly of a world 'where everyone is striving for what is not worth having’ ever loses its virulent relevance, but the show manages to refashion the message for the picky twenty-first-century audience, partly thanks to the unconventional, genre-defying acting of its youthful cast and clever cinematography that, as one critic rightly noticed, looks like it’s been through an Instagram filter.

Stealing the show is the effervescent Olivia Cooke, who gives the book’s main protagonist, the vivacious, calculating and dollar-eyed Becky Sharp, a refreshingly nuanced spin that challenges the established perceptions of the anti-heroine. Cooke’s Becky Sharp elbows her way to the top of the fuddy-duddy Regency society with much gusto and resourcefulness, fooling with the upper crust’s greats played by Martin Clunes, Frances de la Tour, and Anthony Head whilst shooting knowing looks to the camera as if letting spectators in on the joke.

Attention Black Mirror devotees: here’s your next big thing. Written by Patrick Somerville and directed by Cary Fukunaga, Maniac is a new Netflix production that vies to give the trippy masterpiece a good run for its money. The show’s ambitions shine both through its star-studded cast (with Emma Stone, Jonah Hill and Justin Theroux stepping in as leads) and weighty subject-matter (a near-future dystopia playing on the themes of loneliness, trauma, dysfunctional relationships and other existential ‘whats’, ‘whys’, and ‘hows’).

Hill and Stone play two broken protagonists (one a non-achiever from an affluent, modern-nobility family and suffering for it, the other sizzling from a personal drama), who try to find some solace in life by enlisting as guinea pigs in a shifty research center, lulled by its head’s (Justin Theroux) siren-song promises of a miraculous cure to all of their problems. But the experiment doesn’t quite go as planned, and they end up in a whirlwind of vivid hallucinations that transcend time, place, and even fandoms (let’s just say that Game of Thrones and Lord of the Rings make a lucy-in-the-sky-with-diamonds appearance).

Maniac is a madcap pastiche of different genres that risks leaving you a bit off-kilter, but one thing is certain: it’s worth checking out, and we recommend you do just that.

The show draws on le Carré’s emblem motif of a layman (laywoman, in this case) embroiled in an explosive spy affair. Following a discovery that her holiday romance Becker (Alexander Skarsgård) is in reality an Israeli intelligence officer, a left-leaning acting debutante Charlie (Florence Pugh) herself becomes a double agent, teaming up with her two-faced beau to eliminate a Palestinian terrorist threat. But as their plan advances, Charlie realizes that she’s probably not on the side she should be on.

Will the series live up to the hype? It better, or the crew should prepare for a furious pack of critics and le Carré’s fans waiting for them in some dark alley (and we can’t promise we won’t join them).

In other cinematic news, The Good Place’s back with a delicious third season, we’re promised fresh reboots of Charmed and Sabrina the Teenage Witch (only it’s called Chilling Adventures of Sabrina now and is hella spooky – a great contender for a Halloween night-in), humans finally arrive on Mars in a Sci-Fi drama tellingly called The First, Mad Men’s producer Matthew Weiner brings in an original present-day exposé on the descendants of the last Russian royal family starring Isabelle Huppert (a very interesting choice), and the brilliant John Krasinski tries his hand at playing the iconic American spy Jack Ryan – we’re in for some good times, folks.