As much as we want to give credit where it’s due, we have to admit that there’s no balance of power in Japanese animation, no level-playing field, no equal footings. Take a look at any best-anime list and what you’ll see will be one director and one animation studio calling the shots, and for a good reason. There’s no task more difficult for a cinephile that to pick a favorite out of Hayao Miyazaki and Studio Ghibli’s movies, but here’s our attempt; just be mindful of the fact that all of their works are a wealth of unique cinematic experiences, and we heartily recommend you give them a go! 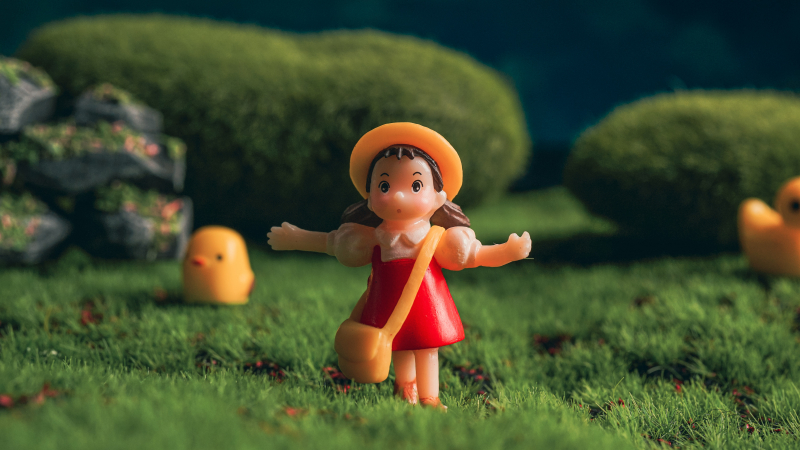 Charming, enchanting, and boundlessly inventive, Studio Ghibli’s creations are a great gateway to the Japanese culture, allowing us a peek into the key concepts that underlie the nation’s understanding of life, death, and beauty. Kawaii, the obsession with cuteness and all things childhood: however sophisticated, Studio Ghibli’s visuals don't compromise on this factor, though they never, never go over the top. Wabi-sabi, the imperfect and transient nature of beauty: there’s no way that Hayao Miyazaki would have cinematized the inherently British modern fairy tale that is Howl’s Moving Castle if it hadn’t hit this nerve. Komorebi, the observation of the whimsical dancing of sunlight, evokes the Japanese respect for the mother nature and her artful subtleties and shines through all of the Studio Ghibli’s works. Last but not least is Natsukashii, fond nostalgia for the past and one’s personal memories, which is channeled by the films’ convoluted narratives and magical scores with their deliberately unresolved and strange melodies that influence spectators’ perceptions on a subconscious level. Take these deep-seated cultural layers, mix them into a wildly imaginative plot, wrap it all up in an artistic packaging and put an elaborate bow on top, and you get a Studio Ghibli anime, which is weird enough to surprise, mystifying enough to beguile, and relatable enough to understand; a recipe for a perfect movie.

Anastasiia L.: Spirited Away is probably the most well-known film to come from Studio Ghibli and the legendary Japanese anime director Hayao Miyazaki and the first anime movie I ever watched. Often compared to Alice in Wonderland, this dazzling, mind-blowing extravaganza tells the story of Chihiro Ogino, a bratty ten-year-old girl who accidentally enters a magical world inhabited by all kinds of odd creatures.

It all begins in a misleadingly realistic key when Chihiro and her well-to-do professional parents are traveling to their new home until they take a wrong turn and bump into a deserted all-you-can-eat buffet. While the parents are devouring all the food that catches their eye, their daughter goes wandering around and discovers a peculiar gigantic bathhouse. At this moment, the film suddenly turns topsy-turvy and Chihiro finds herself in a bizarre spirit world reigned by Yubaba, a powerful and feared witch, who turns Chihiro’s parents into pigs and takes away the girl’s name and along with it her true identity. To save her parents and return to the human world, Chihiro starts making her way through this strange realm, befriended by some, shunned by others, and learning as she goes. Doesn’t this make for a great story?

But what makes this flick especially mesmerizing is its truly gorgeous hand-drawn animation so rich in detail that it is hard to decide where to look first. It is full of references to Alice in Wonderland, Homer’s Odyssey and The Wizard of Oz, to say nothing (basically, because I know nothing) of Japanese mythology. However, though rather exotic and even a smidgen psychedelic, Spirited Away is one of the few anime movies that don’t feel utterly weird to me (don’t get me wrong: with all my respect to Japanese animation cinema, I’m still a fan of good old Disney movies).

Based on the novel of the same name by British author Diana Wynne Jones, Howl’s Moving Castle is yet another masterpiece (yes, that’s the right word) by the acclaimed anime artist. Set in a fictional kingdom where magic is a part of life, this fairy tale follows the story of a young hatter named Sophie, who is turned into a ninety-year-old woman by a witch’s curse. Trying to break the curse, she leaves home and sets off on a journey, during which she meets a young wizard named Howl, his apprentice Markl, and the one-and-only fire demon Calcifer (who, in my opinion, is one of the most adorable cartoon characters ever created as well as one of the strongest supporting characters out of all Ghibli movies). Both the wizard’s castle and the magical world are full of questions Sophie has to find the answers to. What happened to Howl? How is his life bound to Calcifer’s? How to stop the all-destroying war that her world is quickly plummeting into? And most importantly, what should she do to set herself free from the wretched spell and become young again?

As with all Studio Ghibli’s films, the animation is superb: all these bright colors, amazing landscapes and the castle itself with its numerous turrets and gables practically jump off the screen at you in the best possible ways. That’s one of the reasons why this movie is worth checking out even if you generally prefer books (like I do). However, thematically it is slightly different from the book: though both explore the theme of old age, love, and compassion, the film focuses more on the destructive effects of war, as it was influenced by Miyazaki’s opposition to the United States’ campaign in Iraq in 2003.

Anastasia K.: A sign of a truly great, cult-status director is their ability to assemble a first-rate team around them and then take a small step away to let them shine. Although Hayao Miyazaki always was, is, and will be, his resignation notwithstanding, Ghibli’s primary torch-bearer, he’s not the only one to be credited for the studio’s tremendous success. Isao Takahata was the maestro’s most long-serving creative partner, and the two have often put their minds together to come up with something special, as demonstrated by the 1991 film called Only Yesterday.

One of Studio Ghibli’s earliest works, Only Yesterday stands out by its atypically both-feet-on-the-ground approach and a plot roughly revolving around one woman’s quarter-life crisis (a great pitch, isn’t it). Taeko Okajima is a 27-year-old, unmarried, urbane Tokyo dweller who decides to pay a visit to her relatives in the countryside during the safflower harvest. What could go wrong? Oh, nothing, only the striking contrast between her life in Tokyo and her distant family’s rural idyllic plunges her into the wild stream of throwbacks to her past and present, as well as existential reflections on repressive societal norms, relationships, womanhood, and her own sense of self, which in turn leads to some big life decisions.

Before it all gets a bit like a never-published work of Jean-Paul Sartre, I’d like to assure you that this is told with humor, warmth, and emotion, with Takahata’s skillful use of colors helping the protagonist narrate her bittersweet memoir. An absolute must-see, especially given its recent English-language release with the Star Wars’ Daisy Ridley and The Newsroom’s Dev Patel offering their voices to the main characters. And it has a 100% critics rating on Rotten Tomatoes if that didn’t swing you.

One of the most overlooked gems of the Studio Ghibli’s collection, The Cat Returns is a (relatively)-short-and-sweet fantasy story of a funny and endearingly clumsy girl named Haru Yoshioka, who is always late for school and a magnet for all kinds of awkward situations. Even her heroic deed of saving a cat about to be hit by a truck turns into an embarrassing gaffe which throws her into the depths of the Cat Kingdom, in an amusing and action-packed adventure featuring lots of catnip, a fat-’n-proud tabby Muta, wise raven Toto, and an elegant, knightly feline Baron.

Whimsical, cheery and colorful, The Cat Returns stays true to the Studio Ghibli classic formula, ending in the protagonist saving the day and rethinking her Bridget Jones-y life around, to boot. A thoroughly likable movie which ticks all the boxes and makes for some light but oh-so-enjoyable dose of entertainment if the 'subdued and contemplative' Only Yesterday proved a bit too much of a good thing.

Directed by Mr. Miyazaki's son Goro and scripted by the great master himself, From Up on Poppy Hill is another of the Studio Ghibli’s takes on growing-up and carving your own place in the world while at it. Set in 1964’s Yokohama, the film follows the story of Umi Matsuzaki, a school girl living in a boarding house run by her Japanese grand-dame matriarch of a grandmother. Going about her business and not wanting to be involved in stupid things her jejune peers are obsessed with, sensible and dutiful Umi nevertheless becomes embroiled in the campaign on saving the school’s student club, Quartier Latin, from the demolition masterminded by an evil Tokyote businessman. Helping her in this uneasy task are her sister and the school’s chief cool boy (in Japanese standards) Shun Kazama, who she’s majorly crushing on but little does she know that there’s a family secret out there that will make her reconsider.

Try to overlook the slightly underwhelming and sentimental main plot thread, and you’ll be rewarded with a richesse of nuanced, interesting characters and a caringly true-to-form reproduction of the 60’s Japan, which is only intensified by a stunning color palette and authentic soundtrack that transport you right back to this era: although at times it seems like a somewhat banal, dewy-eyed meet-cute, the film offers a curious study in Japan's history, social rites, and mentality, and that’s what makes it worth a watch or two.