Do you ever find yourself having deep internal dialogs about movies and TV shows you’ve seen? No? Just me? Well, then. Here’s a sneak peek of my madness for you to enjoy. All credits for the format, idea, and my split personality disorder go to The Guardian’s pass notes. Making your readers non compos mentis: that’s what I call engaging journalism. But I digress. Without further ado, please welcome a sister of our regular Movie Fridays, Movie Chitter-Chatter, with its first edition dedicated to a make-believe tale resting firmly in the British collective psyche, Pride and Prejudice. 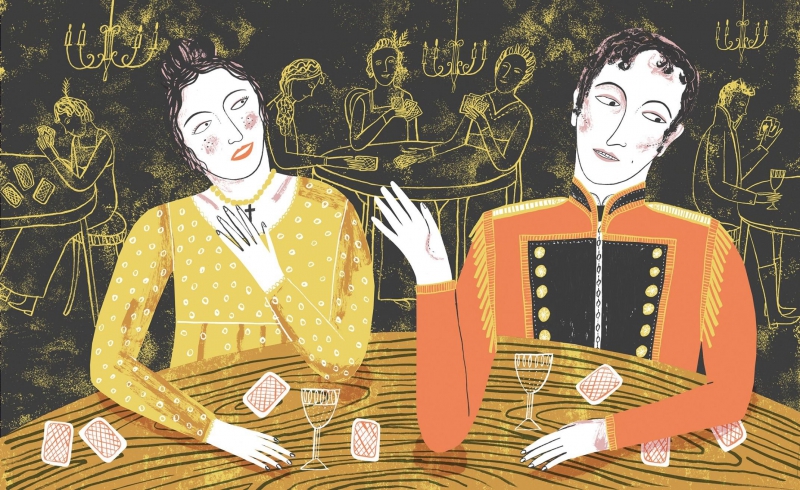 Age: It aired in 1995, so that makes it 23 years old at the time of writing. I was just going to call it ‘an oldie but a goodie’ but realized that we’re almost the same age. Worse than that, I’m the more ancient of the two of us. Blimey. The only consolation is that Colin Firth is still older than me, ha-ha. Joke’s on you, Colin Firth.

Speaking of Colin Firth. An ideal Mr. Darcy? Mr. Darcy and his whole wife-seeking shebang is an embodiment of the patriarchal society and therefore is repulsive. What’s the deal with everyone obsessing over him, anyway? How about the enraged Elizabeth telling Lady Catherine where to stuff it? Why is no one discussing Austen’s clever mocking of class and gender in the society of the day? Pride and Prejudice is all about relationship dynamics in a family with six very different women, for Pete’s sake. Rant over.

Still? He’s better than the 2005 Matthew Macfadyen’s one, that’s for sure.

What part about Macfadyen’s Darcy did you not like, may I enquire? The ghastly throbbing voice? Spasmodic eyelash batting? Intense staring? I mean, it looks like he himself is aware of how bad the whole sitch is, so he just lets his worst acting instincts push him off the crumbling edge into this bottomless abyss of infamy. But I would tell you one thing: this is a Mr. Darcy Keira Knightley’s Elizabeth Bennet truly deserves.

I don’t think even he is so bad to level up with Her Horribleness aka The Worst Female Actor On The Planet. I know. It’s like, at least he tried with his facial expressions, though he only managed to scrape three. She… is a whole other story.

D’you know, I feel that we’re being too hard on her. She has: a snarling duck face, a smirking duck face, an offended duck face, and a duck-face duck face. You have to cut her some slack. Keira Knightley should be covered in slack for all I know.

Just ban her from cinema already. Where can I sign this petition?

Any other thoughts on P&P? I saw it yonks ago and still up to this day wonder whether Julia Sawalha was ordered to snort-laugh in her role as Lydia by that Davies creep or it was her own initiative.

Cool. Yes, and I also like how theatrically the whole thing is staged. There is drama, there is attitude, there are pregnant pauses and exaggerated looks. You just expect Mrs. Bennet to suddenly pull a dagger out of her underdress and throw it at Darcy with demonic laughter, making him break down in tears and beg for mercy. Or for Mr. Bennet to run away with the cook.

Or for Mary Bennet to secretly be a free-spirited French double-agent wanting nothing more than to bring Napoleon back to power. You got it.

I think people would actually watch that. People watched Pride and Prejudice and Zombies, so yes, they deffo would.

Don’t say: Colin Firth’s Mr. Darcy is a whiny lil’ drama queen. And Andrew Davies should’ve stuck to his own literary heritage instead of ruining ours.

Do say: The 1995 Pride and Prejudice is a relatively unblemished take on Jane Austen’s classic title that can be fondly looked back at as the calm before the 2005, Joe Wright-induced nuclear catastrophe.