​Not so long ago, we did an article about the greasy, hearty pleasures of Russian fast food. So, how about some Russian words that you can describe it with? 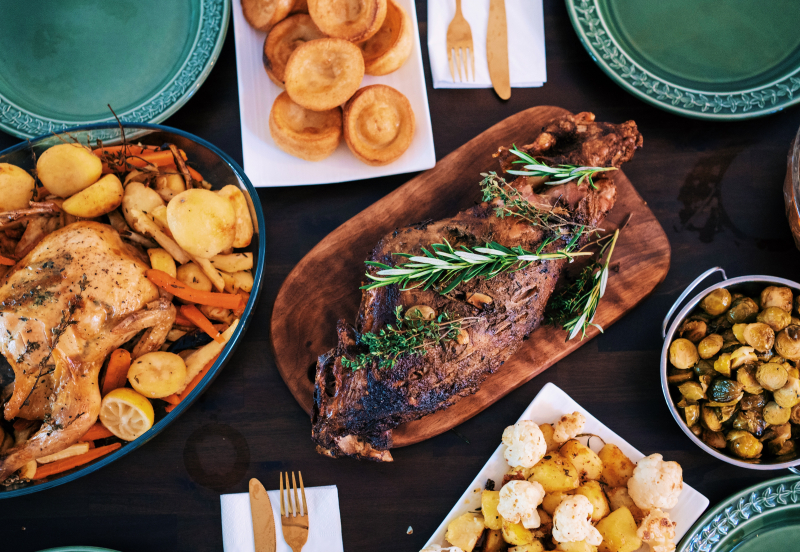 “Сытный” - this is what food generally has to be: filling. Any good meal can be called sytniy, but it’s much better when it’s also “нажористый” (nazhoristiy), or hearty. Just think about a soup with lots of beefy bits or scrambled eggs that can rival a pizza component-wise: something hearty that you get lots of pleasure from digging into.

The antonym to syitniy is “пустой”. Pustoi (literally “empty”) means that there’s not much substance to it. A great example of such a dish is the so-called pustie shchi: a soup that traditionally has to contain meat but does not, and is basically a cabbage broth. Another word you can use is “постный” (postniy, lean).

A pustoi dish is certainly bad, but when a pustoi dish is also “пресный”, or bland, that’s even worse. Presniy means that there’s no salt or spices in your food, especially when this makes it completely tasteless.

The opposite of presniy is “ядреный”: really spicy. Have you ever tried Russian horseradish? Well, it’s definitely yadreniy. As for something that just has a really bold flavor, you can use “смачный” (smachniy), and if it’s sugary to the point of being disgusting, the taste becomes “приторный” (pritorniy).

Apart from describing how various foods taste, you might also want to learn some words that describe how you eat.

“Кушать” is a word associated with some controversy. Basically, it's a synonym to “есть” (eat), but a very polite one. Still, most Russian grammar-nazis can well go for a kill if they hear someone use it, and consider it really bad style. Nevertheless, many believe that kushat just means eating steadily and with pleasure, and many babushkas use it when talking to their grandchildren. Also, kushat podano! (the food is served) is a common way of asking others to the table.

“Жрать” (jrat) is an entirely different process. In essence, it means to eat like an animal, in a most messy way. Any food can be disparagingly called jrachka. Also, najratsya means either to overeat, or to get sloshed. A slightly less offensive word is “лопать” (lopat).

“Давиться” (davitsya) is to force yourself to eat, whether it’s something you don’t like or you’re too full but plan on eating even more, while podavitsya means to choke on something.

“Уплетать” is to eat fast and get much pleasure from it. Remember your childhood days when you were really hungry after spending the day outside and hastily dug into any foods, even the ones you disliked? Well, that’s what upletat is all about.