Affairs of the Heart: How to Fight Cardio Diseases by Medicine and IT

Today, as the world celebrates the World Heart Day, we would like to talk about a unique collaboration between the medical experts from Federal Almazov North-West Medical Research Center and programmers from ITMO University — they use interdisciplinary approaches to research heart disease causes by analyzing large quantities of genetic data. 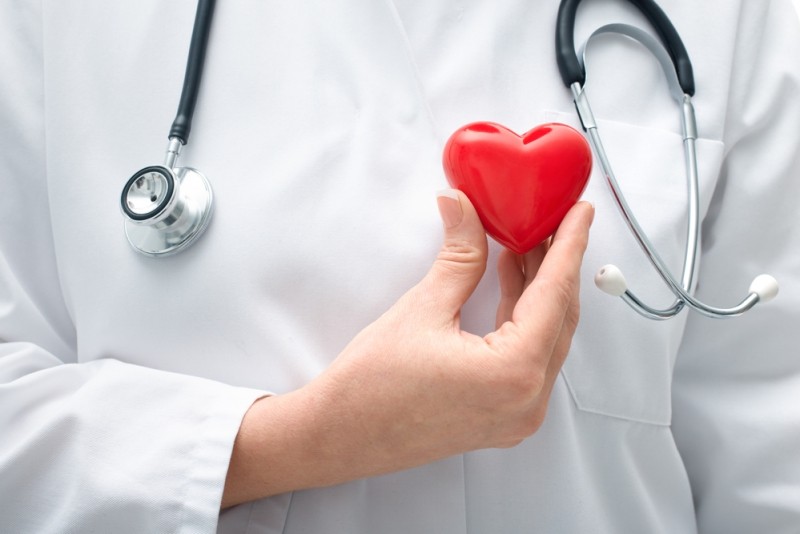 «When analyzing at the cellular level we deal with genes and proteins — it results in such amounts of data that we cannot process it without the assistance of experts. ITMO’s specialists use various informatics methods- though they have no relation to living objects. That is why the interdisciplinary approach we use is very fruitful. It gives the specialists in bioinformatics the opportunity to get analysis patterns that are impossible to be generated,» — shares Anna Kostareva, head of the Institute of Molecular Biology and Genetics at the Almazov Federal Center and engineer of the Computer Technology Department.

According to Ms. Kostareva, medical experts can work with most data by themselves, however only with the assistance of professionals in bioinformatics they can extract the necessary information from this large amount of data. While geneticists generate and manage the data, bioinformatics scientists process it. As Anna Kostareva mentioned, working on the project PhD students sometimes find the data, which biologists could hardly hope to get. Thus, the 12 months collaboration has resulted in the launching of five new parallel projects. «The main thing is that we have learnt to understand each other. We use completely different approaches to the research. Programmers can solve tasks quickly by using data processing. But biological processes need more time — some of scientific experiments take up to six months before one gets the necessary results. To get some common ground, we show the programmers our equipment and explain the basic principles of our research projects. So don’t think that they just work with Excel tables on their own,» said Anna Kostareva.

One of the joint projects by ITMO University and Almazov Center has to do with hereditary and congenital heart diseases that have many aftereffects and often call for transplantation. It is already known that these diseases originate from genetic defects, but the subject is yet to be researched. They are related to cardiac arrhythmia, for instance, cardiopathy. To find genes responsible for it, scientists need to process lots of data. They also plan to publish the first results of their collaboration at PLOS ONE journal.

Another research is on congenital heart and aortic diseases that are more widespread than cardiopathy. People suffering from them don’t die in their early years but face aftereffects after the age of 40 and then, in their 60's, they need surgical treatment, which can can pose serious risks. For instance, sometimes prosthetic care of cardiac valves is required — it provokes blood loss and often results in complications. There is also the project that focuses on microbiological issues. According to Ms. Kostareva, here the researchers study hepatitis and encephalitis. Using new analysis methods they want to find the yet undiscovered factors of bacterial and viral genome responsible for a microorganisms' sustainability. Bacteria and viruses are very flexible because their genomes change easily and adapt to new conditions. Each modification is worth describing, as it can explain the principles of a microorganism’s existence. The scientists work on this research in alliance with colleagues from the Pasteur Institute and one of Tallinn’s research institutes.

The specialists also deal with epigenetics field. They study how environmental factors such as chronic diseases, oxygen deficiency, polluted air, stress affect the human genome. They also pay special attention to atherosclerosis as one of the common diseases. Despite the plenty of research works dedicated to it the treatment is yet to be developed. The specialists from ITMO and Almazov Center research the vessels' peculiarities together with their colleagues from Karolinska Institute (Stockholm, Swiss) and the University of Oslo.

For providing epigenetic research data the scientists chose descendants of those who lived in Leningrad (ex-name of St. Petersburg) during the Siege of Leningrad. Thus experts want to understand how harsh conditions affect the genetic structure.

To analyze biomaterial, the researchers conduct expanded genetic analysis using different DNA sequencing methods. According to Artem Kiselev from the Research Lab of Molecular Cardiology and Genetics, the experts use various sequencing devices from their lab. One of them is based on sanger sequencing method, which was used in the Human Genome Project, the large international scientific research projects. Mr. Kiselev also noted that Almazov Center has a new sequencing technology, which gives the opportunity to receive much more information than previous generations of equipment. As of now, it helps to analyze thousands of genes from dozens of patients simultaneously. However, the specialists use both sanger sequencing method and the new one so as to compare the results.

«Activating the device is much easier than the preparing biomaterial for sequencing. We study genes using the „target-enrichment“ strategy, which requires the construction of genomic libraries. Sometimes, to develop the necessary libraries a single specialist has to work for up to two weeks,» shares the expert.

While doing the research Russian researchers work with yet unresearched genes. Using bioinformatics data processing, they also detect new disease causes and correlate them with the material they already have. All the factors are taken into account — disease progressing rate, onset of illness and the severity of its stages. Clinical trials and bioinformatics analyses are conducted simultaneously- and the experts compare the results and try to find out the similarities. Looking for mutations is a point when the non-trivial part of the research starts, because every person has his own unique mutations. «While analyzing mutations one can find new mechanisms of how a disease starts. Using this knowledge, pharmacological companies will manage to create a treatment. This research gets us closer to the development of personalized medicine. It sounded unreal many years ago but now it is possible,» said Anna Kostareva.

Nowadays, thanks to the new technologies, even hereditary diseases can be treated. It costs a lot, but it will give an opportunity to cure disabled people. Moreover, it is reasonable in terms of economics, supposes the expert.

«Previously we believed that it was very difficult and expensive to cure genetic diseases by genetic approaches. But today it’s possible to treat some of them, for example, Duchenne muscular dystrophy. Unfortunately, these approaches are not widespread in Russia — but they are gradually becoming part of the clinical practice.»