Being a scientist doesn’t just mean going to work – it means enjoying one’s work and turning it into a lifestyle, says Silvio Hrabar, ITMO University’s visiting scientist from University of Zagreb. He is conducting research into so-called “active” metamaterials which could provide a method of removing the physical limits of metamaterials. After all, these limits are the main reason why it’s so difficult to find an application for this technology. In an interview with ITMO.NEWS, Silvio Hrabar shared his thoughts on how this could be achieved, what should inspire a scientist and what are the advantages of bringing together physicists and mathematicians to study metamaterials. 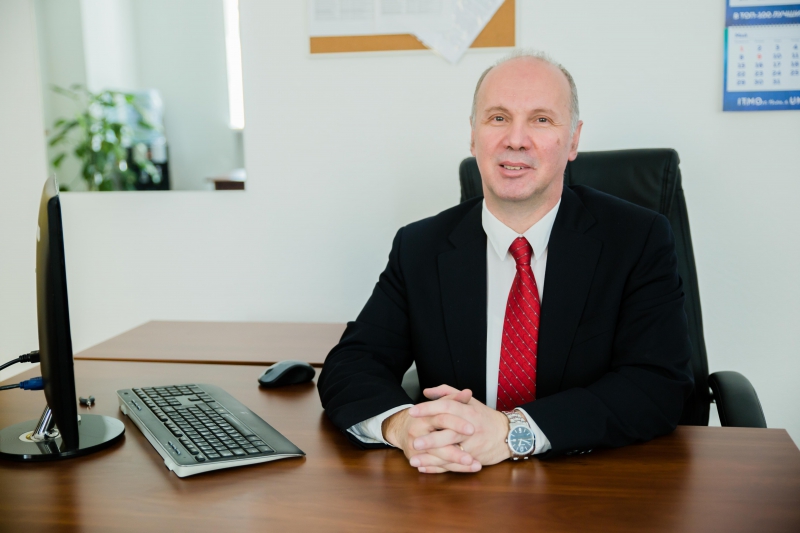 What are the particular features of your research on metamaterials?

Metamaterials let us create devices and structures with such properties that could never be achieved with natural materials. This means that we’re able to create very interesting things, for example, the ‘cloaks’ based on an ensemble of miniature antennas organized in a way that allow an object to become invisible to the human eye. Such a ‘cloak’ can be used for camouflage.  Based on a similar principle, a seismic metamaterial ‘cloak’ can be used to streamline the seismic waves to bypass some target area during earthquakes, saving cities from destruction. Yet, there aren’t many examples of metamaterials’ practical application. This is due to a few physical limitations: generally, the most attractive properties of metamaterials only manifest themselves within a narrow frequency band. On the other hand, most mobile and satellite communication, wireless internet and navigation systems use broad frequency bands. This drawback of metamaterials has been known for many years. My research team at University of Zagreb and I are hard at work studying the so-called “active” metamaterials. Using “active” devices we could surpass this physical limitation and significantly increase the metamaterial bandwidth.

What do you mean by “active” devices?

“Passive” metamaterials are made up only of “passive” components including metals and dielectric materials. An “active” metamaterial implies the presence of a certain energy source in its structure that removes the aforementioned bandwidth limitations. These ‘’active’’ elements allow us to better control the metamaterials’ properties. The kind of energy source would depend on the type of frequency regime being used: it could be radiowave, microwave or optical signals. With the latter, lasers could serve as energy sources; while with a radio-frequency band regular batteries will serve as sources. When a properly designed metamaterial is “supplied” with energy by such a source, its properties change in a way that allows broadband operation. My research group was the first to demonstrate experimentally such an approach to metamaterial properties control – today there are 10 research groups, more or less, in the world working on this, so it’s quite a popular field of study.

If we create such a broadband metamaterial, what could be its possible applications?

One promising area among many is the construction of miniature antennas. The antenna is the only modern compact device that hasn’t been scaled down to a microscopic size. Take transistors – they keep getting smaller and smaller. Yet the antenna remains the same size as it’s been. There are certain physical laws that are stopping us from reducing the size of the antennas below the wavelength of the signal, but it could finally be done with “active” devices. If that happens, the miniaturized antennas would find widespread use in all kinds of wireless communications. This is an innovative area of research, as the design of classic ‘‘passive’’ metamaterials has reached its limits. It’s time to move on to something new.

How long will we have to wait for metamaterials to gain widespread use?

People often ask me that. They wonder why after 15 years of studying metamaterials there are still so few practical applications. But one has to keep in mind that this is a new field of study. Look at the history of things that are well-known and widely used today, like, say, LEDs. 60 years had passed between the moment they were first proposed and planned out and until they were finally commoditized and became widespread. This is why I believe that we’ll see a lot more uses for metamaterials in the next 10 years.

Were your lectures at ITMO University also related to “active” metamaterials?

I had delivered lectures on both ‘’passive’’ and ‘‘active’’ radiofrequency and microwave metamaterials. That is a broader topic and my main intent was to give the students a comprehensive idea of what has been happening in the metamaterials field in the last 15 years. I had spoken about basic physical background and the real-world applications of metamaterials. I hope that my coming to ITMO University will be the beginning of a close partnership with the Laboratory of Nano-Photonics and Metamaterials as the lab’s scientific team and my research group complement each other very well. Here, scientists have a strong theoretical training in physics while my group is well-versed in engineering. And right now there’s a global trend of these two scientific fields becoming combined.

What do you think of ITMO students’ knowledge of metamaterials?

First off, I want to underline that the Master’s students here have different educational backgrounds. Some are more familiar with physics, while others come prepared with knowledge of engineering. These two fields employ different scientific language, so there are some issues regarding terminology. But the area of metamaterials is a multifunctional one: you need knowledge of both physics and engineering. That’s why I think that it’s a good thing to bring together physicists and engineers who are interested in metamaterials. There’s unpleasant trend for people who study physics only to concern themselves with recent developments in their field, and it’s the same for engineers. It happens in many areas of science, including metamaterials. For that reason the following often happens: a group of scientists publish something remarkable that appears to be a breakthrough in their field, and later on come to find out that it has been discovered in a slightly different way by scientists from another field 60 years ago, or vice-versa. The point is that physicists and engineers don’t interact with each other. That’s why universities need to create interdisciplinary groups on metamaterials. This will result in more practical uses for metamaterials. A lot of time and money could be saved if scientists started showing interest in what their “neighbors” are doing.

Have there been any “Eureka” moments in your research when you received any incredible results?

Yes, I’ve had a few moments like this. The one I remember best is back from when metamaterials research had just begun. I was looking through the earliest publications on the matter and found presented mathematical explanation clear and correct. However, I had no idea how it works physically and whether it could be described using classic engineering methods. Then I finally managed to put it into the right words and built a prototype that worked exactly as it was expected.  It indeed felt like a discovery to me. But a month later I had stumbled onto a publication dated 75 years ago that partially accomplished what I had done. It’s happened to me a few more times. The first time I was displeased, but now I see these things differently: if it happens, then, at the very least, I’m doing something right. Many things we’re looking for have already been found. But they’re being used for something else. The beauty of it is when you find out how something works in a different field and fulfills a different need. I’ve been working in engineering for 30 years now and after all that time, despite the great wealth of knowledge I’ve acquired, there are still things I encounter that I can’t understand. And that’s great.

What inspired you to become a scientist?

I knew who I wanted to be since I was six. That is when I built my first radio receiver and, in a way, became a radio enthusiast. This curiosity didn’t wither. When I applied to university, I only picked engineering programs. My mother doubted that choice – she was worried that I wouldn’t be able to find employment, but I didn’t want to do anything else. And now I love my job. Indeed, a scientist is not an occupation but a way of life. It’s more difficult than working in many other fields and it takes a lot more time. But there’s an Indian saying – if you want to be happy for a day, fall in love; if you want to be happy for a year, get married; and if you want to be happy for the rest of your life, find a job you’ll love. And that’s why I am happy.