Today representatives of ITMO University presented the university’s Road Map for the implementation of the 5-100 Russian Academic Excellence Project. 16 out of 21 universities that participate in the project have presented their Road Maps to the Council on Competitiveness Enhancement of Leading Russian Universities. The Council’s sessions will be held on October 27 to 28 at the Sverdlovsk Oblast Governor’s Residence in Yekaterinburg. Among the top-performing universities are HSE, ITMO University, MEPhI, MIPT, NSU, MISiS and Tomsk State University. 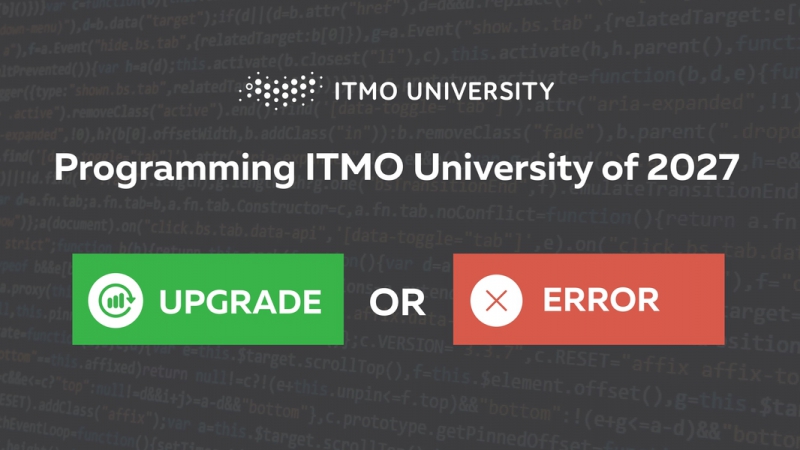 Representatives from 21 Russian universities involved in the 5-100 Academic Excellence project met to present their Road Maps for the 2018-2020 period. Universities outlined their vision for their development over the course of Project 5-100’s fourth stage and refined their strategic goals and plans to align with their chosen target models.

Each university was allotted 10 minutes for their presentation and 20 minutes to answer questions from Council members and take part in a discussion. Another 10 minutes were given to provide summaries and closing remarks. Before the session, the universities were inspected and evaluated by a number of criteria to provide a basis for an overall ranking of participating institutions. Universities were evaluated according to their presence in rankings – including subject rankings –, and the various qualitative indicators, such as publication activity, level of internationalization and others. The third criterion was the score they received from members of the Council after their Road Map presentation. Council members considered the qualities that cannot be measured in numbers, such as the universities’ understanding of their development strategy, the viability of their target model, ambitiousness and achievability of their goals and the presence of a qualified team able to implement them.

After the presentations, universities were sorted into three groups. Results of the International Council's meeting and university ranking

“The Council has been working steadily since 2012. The first stage of Project 5-100 will conclude in 2020. I expect that the project will continue beyond that point,” – commented Andrei Volkov, Deputy Chairman of the Council.

Members of the International Council have noted that the universities from the "first wave" have come far in their advancement on the educational, research and administrative levels. In just two years, they have come to understand how to change and develop in accordance with their chosen models. The top universities have shown impressive results in some unexpected areas: for instance, all of the universities from the first group are present in the TOP-100 subject rankings by QS and/or Times Higher Education – and that’s with another three years left until the first stage of Project 5-100 ends in 2020!

ITMO University was represented in Yekaterinburg by Rector Vladimir Vasilyev; First Vice-Rector Daria Kozlova, who was also the university’s keynote speaker; head of ITMO’s School of Photonics Vladislav Bougrov; Evgeny Pidko, professor at the Department of Chemistry and Molecular Biology; and Daria Yakovleva, Master’s degree student at the Computer Technologies Department and winner of Google Code Jam for Women. The time that has passed since the previous session of the International Council was a time of great achievements in IT for ITMO University. Since March of this year, the university’s programmers have become champions of ACM ICPC for the seventh time; the Kotlin programming language, developed by ITMO graduates, was chosen by Google as an official language of development for Android; the university has been included in the top 100 of THE’s Computer Science subject ranking for two years in a row. For that reason, the university’s presentation was focused around the idea of “programming” its future, the language of that programming and the code that will serve as basis for ITMO’s success in the next few years and in the coming decade.

ITMO University’s “code” is expressed in the formula V+F+PS+SS, where V stands for “values”, F for “fundamental”, PS for “professional skills” and SS for “soft skills”.

The code was used to represent the university’s development strategy in the areas of education, science and research, ecosystem creation and the transformation of its management model and system.

“At the Council session, ITMO University’s team had presented its Road Map for the implementation of Project 5-100 in the next three years. They outlined the university’s trajectory of development and the key elements of its transformation. A vision of ITMO’s future was formed during strategic sessions that involved professors, scientists, students and members of the administration, as well as during expert discussions at sessions of ITMO University’s International Council and Supervisory Board. Plans have been formed and approved and now we start fulfilling them!” – says Marianna Chistyakova, head of ITMO’s Strategic Development Department. “After the presentation, we had an insightful discussion with the members of the International Council. Questions were asked about ITMO University’s new ITMO Highpark: its management model, business model and the estimated launch dates. We discussed issues related to the rehaul of our Master’s degree educational model: quality assurance mechanisms, international accreditation of our educational programs. Our plans to introduce a set of subjects on digital culture also drew some interest: what exactly we mean by the term “digital culture”, whether that includes digital ethics, and other questions. Individual educational tracks and the students’ freedom in choice of subjects were spoken about, too. It was a positive, constructive discussion and it has given me insight on several high-priority goals which we will begin to tackle soon,” – shares First Vice-Rector Daria Kozlova.

ITMO University’s presentation is freely accessible in Russian and English.