The results of this year’s THE World University Rankings 2018−2019 (THE WUR-2019) have just been revealed. This year’s rankings include 155 more universities than last year’s, with a total of 1,258 higher education institutions from 86 countries. Russian universities have grown in presence: 35 against last year’s 27 universities made it to the top of the table. ITMO University has preserved its 501-600 place, but managed to improve its nationwide results, ranking fifth among other Russian higher education institutions. 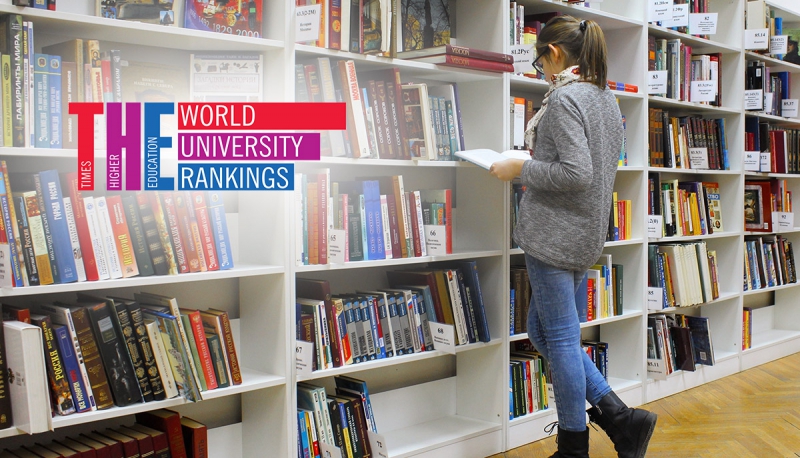 THE World University Rankings are based on 13 indicators, grouped under five main criteria that represent key areas a university should excel in to be admitted to the list: teaching, research, citations, industry income and international outlook. Evaluation data comes from three sources: statistical information provided by participating universities, the Scopus database, and surveys of academic experts. Survey respondents are selected randomly from a number of researchers with a Scopus profile, with their geographical location and specialization factored in to make the survey pool diverse. Both this year’s and last year’s survey results are taken into consideration, making for a total of more than 20,000 responses.

The 2018-2019 ranking’s methodology remained the same as last year. The ranking considered the number of scientific papers published between 2013-2017 and evaluated their citation rates for the period of 2013-2018.

THE WUR-2019 proved to be a success for Russian higher education. Thirty-five Russian universities were included in the ranking, beating last year’s record by eight more spots on the list. Eighteen of this year’s high-achievers are part of the 5-100 Russian Academic Excellence Project. According to THE World University Rankings editor Phil Baty, the fact that more Russian universities have joined the ranking is an unmistakably good sign for Russian higher education, and is evidence of the region’s increasing openness to international practices and expertise.

“We can already see the positive impact made by Project 5-100. But given that many other countries have also taken this route of allocating considerable amounts of funding to implementing high-profile programs for supporting national universities, what Russian higher education needs to ensure its long-term success is consistent funding, change in the established frameworks and approaches to supporting scientific research, promotion of science in universities, integration of research into the general education process, an increase in universities’ international outlook, and expansion in the number of international research collaborations,” said the expert.

Lomonosov Moscow State University regained its leadership of the Russian segment of THE World University Rankings, having made it to the world top-200 universities to boot. Second place in the national segment of the rankings was taken by the Moscow Institute of Physics and Technology, which was also listed in the rankings’ top-300. Other A-listers include the Higher School of Economics, which rose to the 301-350 position, and the National Research Nuclear University MEPhI, which moved to the fore of the table by assuming the 351-400 place.

This year’s biggest national winner turned out to be the Peoples' Friendship University of Russia, which managed to make a big jump from the rankings’ ‘below 1000’ faraway to the esteemed 601-800 category.

ITMO University remained in its 501-600 position, gaining in all five of the ranking’s criteria. This growth contributed to the university’s prestigious fifth place among the 35 Russian institutions included in this year’s list (in 2017, ITMO ranked ninth out of 27). ITMO has seen its most positive dynamics in teaching reputation, papers per academic staff, and the number of international students indicators; however, the industry income criterion remains the university’s strongest point: ITMO resides in the category’s first quartile in regards to other graded universities’ record.

“It’s evident that each year, THE rankings attest to the increasing competition among universities all over the world, and not only in the number of institutions evaluated (with the sometime 800-position rankings expanding to encompass 1258 universities) but also in terms of quality. Universities step up their publication rates, intensify their international activities, extend their collaboration with the industry, multiplying their revenues from the commercialization of research. The bar set by the rankings’ leaders is always on the rise. I think that one of the Russian universities’ main growth assets is their reputational record, which is defined by the international expert community. The majority of Russian education institutions measure rather modestly in the reputation criterion, and internalization of education and research could be one possible strategy for long-term growth, as it would give us more recognition in the eyes of international community,” comments Ilya Kuftiryov, head of ITMO University’s Rankings Research Center.