Teens in Tech, a school of technological entrepreneurship for high school students, was recently held at ITMO University. During the course of four days, the school’s participants listened to lectures, solved various tasks and worked on their own projects. Read about the most exciting ones in this article. 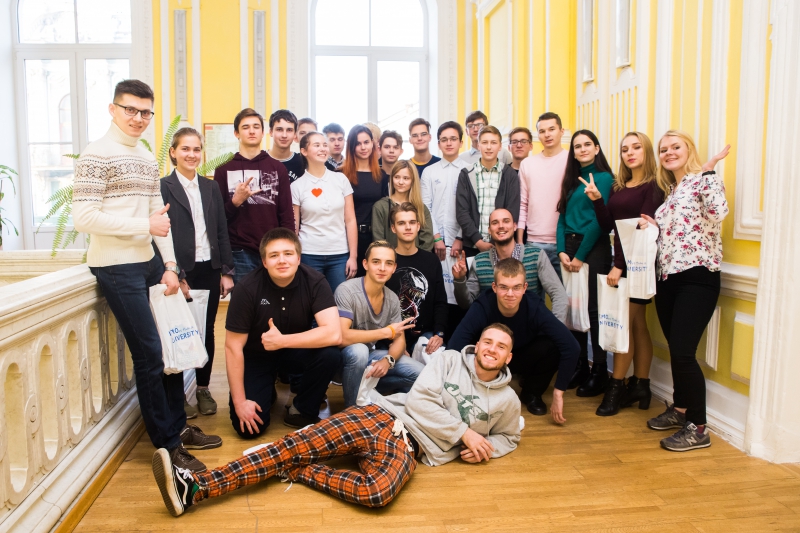 Teens in Tech School at ITMO

The school is aimed at teaching school children theoretical aspects of entrepreneurship, as well as training them to create their own startups. The program consists of several courses such as ‘Philosophy of Innovative Entrepreneurship’, ‘Modern Technologies and Their Applications’, a lecture on ‘Time Management and Goal Setting’, and other activities.

According to ITMO graduate and one of the school’s speakers Nikita Lopatin, a technological entrepreneur serves as a mediator between science and business.

“Technological entrepreneurs don’t just earn money; they understand the way the system works. That’s what we try to teach our students: how the market functions, how to present your project, how to make a business model. It’s not only technical skills and theoretical knowledge what matters; we want our participants to understand that they can achieve everything if they try hard enough. I see it in their eyes that they’re ready to learn something new. And they’ll be rewarded. I hope that in the future, these kids will join ITMO University,” comments the expert.

A total of 25 school children took part in Teens in Tech. Among the selection criteria were a good motivation letter and strong academic record.

When the school was coming to an end, the participants were given the last task, to prepare their business project with a detailed description of their business model, team, target audience and values. They had only one evening to complete this task.

Among the most interesting projects was the one called FBip. This is a software that creates book illustrations using neural networks. The project’s target audience is book publishing offices and freelance illustrators, who don’t have enough money or skill to illustrate their books on their own, without using extra tools. FBip will help illustrators avoid copyright holders’ claims about the illegal use of intellectual property, and allow them to create unique neural network-generated pictures.

The main idea is that the software’s users will be able to either use the service online or buy a subscription and download the app. The students plan to use their earnings to buy American video cards for neural networks.

LOOM (which stands for look+mole) is yet another great project, which eventually took first place. Aimed at protecting eyesight and saving time, LOOM features a collection of menus from different cafes and restaurants where you can pay for your meal.

According to the team members, they made this app for glasses-wearing tourists struggling to make out the printing on the menu. If it sounds familiar to you, with this application, your life will become much easier, as all you have to do now is to open the app, choose your meal and pay for it with your card.

The authors of the project want to launch it in collaboration with restaurants. Though they know that negotiations won’t be easy, they have no doubt that this project will be beneficial for everybody.

The participants of the school share that this experience was really useful as it helped them understand what field they want to pursue in the future.

“This was the most productive holidays ever,” says Pavel Belogrudov, one of the LOOM project’s authors. “This school made me think about some very important things. For example, we were advised to schedule every day in order to make it more efficient. And it really works.”

According to the school’s coordinator Tatiana Tokareva, the main goal of the project is to support talented school children during their high school and then during their studies at ITMO’s Faculty of Technological Management and Innovations.