ITMO University continues to invite established lecturers from different universities. Sergei Tihodeev is a lecturer from Lomonosov Moscow State University who is renowned for his research in the field of electrodynamics and nonlinear optics. During a course that ended last week, Mr. Tihodeev told the students about an effective method for solving Maxwell's equations. ITMO.NEWS asked the professor about the possible applications of his research, the achievements of ITMO's Faculty of Physics and Engineering and further collaboration plans. 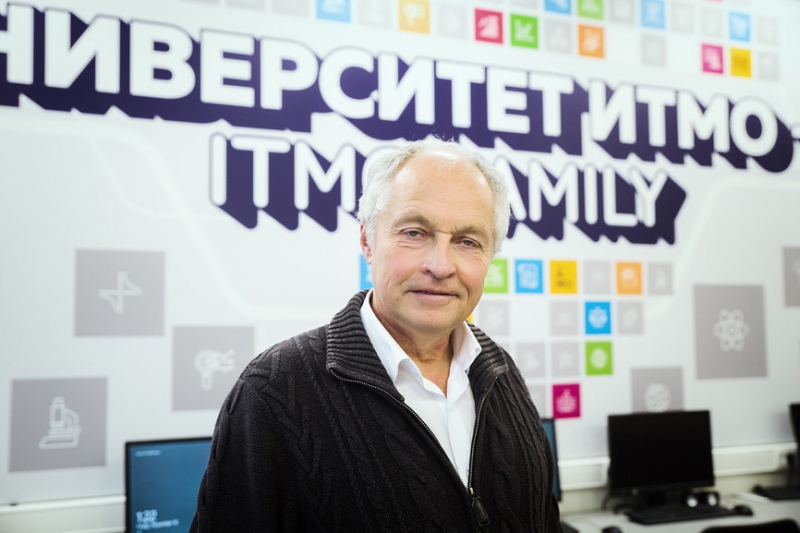 Tell us about the research fields you've been recently working in.

It is believed that a theoretician has to completely change their research area every seven years, otherwise they "slumber" and lose qualification. Still, I've been focusing on the field of electrodynamics for 15 years already, as it interests me the most. When I just started, I worked on the general theory of nonequilibrium processes, a topic that only some ten of my colleagues would've understood. I focused on the Keldysh diagram technique during my studies at the university and then during my PhD program at the Lebedev Physical Institute of the Russian Academy of Sciences. My teacher was Leonid Keldysh, whose contribution to science can be compared with that of Enrico Fermi and other founders of solid-state physics.

The Keldysh diagram technique for relaxation processes with regard to correlation is a topic of such complexity that after my research was published, my articles got ten, twenty citations at most. At the end of the Soviet era, when financing issues became most pressing, I understood that I just couldn't continue like that and I had to find tasks that would be interesting to not just five, but at least 50 colleagues. I started research in the field of semiconductor nanostructures (long before Rosnano was founded), then found a research field where I could apply the diagram technique for nonequilibrium processes (spectroscopy and manipulation of single molecules, nanomotors). Then I also started research in the field of electrodynamics, namely solving Maxwell's equations in complex spatially-modulated media: photonic crystals and metamaterials. I also started teaching.

During the Soviet times, a scientist could work on an important, complex, but obscure topic and get stable financing. Nowadays, you have to consider the demand and work in fields that are currently popular. What do you think about this change?

I was in the USA during the dissolution of the Soviet Union. At that time, I knew for sure that I didn't want to stay in a foreign country where all they do is write projects to compete for financing. Still, in just a couple of years, I had to start doing the same here.

I guess it's inevitable in the conditions of the market economy. Scientists have to constantly prove that their activities are useful. Just think about it: in the 20th century, humanity literally got addicted to science. Thanks to scientific achievements, our lives changed dramatically. Still, few really recognize that. By cutting down on financing science governments eat the seed corn. If this goes on, there'll soon come a time when people will no longer understand how the simplest switches work. Without public interest in science and well-organized education it is complete degradation that we'll be facing. In order for the high-tech production to function, we need to "produce" highly educated people.

Another problem with advanced science in Russia is that we don't have the consumers for it. In countries like the USA, Germany, and France, most university graduates continue their careers at hi-tech enterprises. In Russia, young specialists do the same, but they have to leave the country for this purpose. Fortunately, we now witness the emergence of new enterprises, and many major companies open branches in our country. As soon as our students will become sought-after by our industry, there'll be a demand for science in Russia.

Tell us about the two-week “Optical array for scattering of photonic crystal layers” course that you've given at ITMO University.

This new course has to do with theoretical electrodynamics method that is largely based on my own research and research of my former students, colleagues and friends Nikolai Gippius (Skoltech), Egor Muljarov (Cardiff University) and Thomas Weiss (University of Stuttgart). This is a very advanced method that helps understand the optical manifestations of resonance electromagnetic states in complex modulated structures.

Our method is effective for solving Maxwell's equations and describes how light interacts with a solid-state structure that enhances the electromagnetic field. It's quite interesting that humanity started using these effects long before we began to understand how they work. For instance, the stained-glass artworks in Medieval cathedrals: their many colors are created by minuscule particles of metals and semiconductors that the ancient masters added into the molten glass. As opposed to molecular coloration, such structural coloration does not fade with time. Similar techniques can also be used to record information in dye spectrum. The development of such technology can well eliminate the need for license plates: their function will be performed by individual dyes. Some of ITMO students may well research it in the future.

It wasn't easy for me to arrive here from Moscow: I had to tighten my schedule at Lomonosov Moscow State University and give twice more lectures in September and October.

Was the course worth all this trouble?
I suppose so. The students who attended the course were really motivated. Sure, we couldn't try the most advanced approaches during our practice sessions, but the students have at least made their first steps and got valuable experience.

And what is your opinion about the Faculty's research?

In this field, you might well hold leadership positions in our country. Pavel Belov's team works on a good international level. You have not just a few, but a whole institute of talented lecturers and young specialists. Per my experience of this two-week course, you attract really promising students.

I hope that our collaboration will be beneficial to both sides. I have already invited one of your students for a short internship in Moscow. He will come with a task of his own, and I will try to share some of the most advanced methods with him. What is more, we've already discussed topics of a joint article with Andrei Bogdanov. I hope that I will continue to collaborate with ITMO in the future, as well.