International Web Design Training Course in Annecy: What It Was Like

International exchange programs have long been popular among students. Bearing that in mind, ITMO University offers a wide range of exchange opportunities for its students, including the International Web Design Training Course hosted by the IUT University in Annecy (France). Pavel Vorobyev, a Bachelor’s student from the Faculty of Software Engineering and Computer Systems, took part in the event. In this interview with ITMO.NEWS, he shares about his experiences. 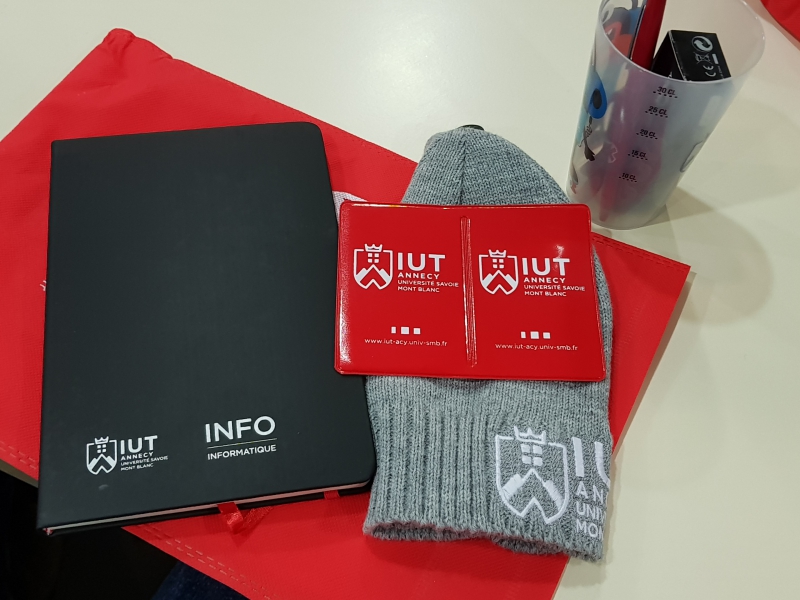 Tell us a bit about the event you participated in.

The event I took part in together with other ITMO University students is called the International Web Design Training Course. This is a competition for international students from all over the world, held in the French city of Annecy. This year’s competition brought together six international teams, which were mixed with French students. Each team was assigned a task of creating a website.

The main goal of the competition was to give students an opportunity to work in an international team and immerse themselves into a foreign environment. It didn’t focus on teaching us to develop websites, which was quite a challenge both for me and other participants.

What was the biggest challenge for you?

There were quite a few, in fact. First, I found some French students very unsociable. Each team was made up of four French participants and two students from other countries. The French in our team didn’t want to socialize with us at all; they only spoke to us when it was necessary and were surprised when we acted in a friendly manner.

The majority of French students didn’t speak English, they only said ‘hello’ and ‘goodbye’. But even when they did, it was very hard to understand them because of their accent. Thankfully, there was a guy named Theo in our team, whose English was rather good, and he acted as a bridge between Russian and French students, while German students and other participants had to use body language and Google Translate to communicate.

Second, the university we went to didn’t have all the necessary equipment to host such an international competition. For example, all keyboards in the city don’t have the QWERTY layout, but AZERTY, which is used in France and Belgium. I didn’t notice a notification from the event’s coordinators and didn’t find a keyboard with the right layout in any of the local shops, so I had to use the AZERTY one, which was very inconvenient. Thank goodness, my teammate Alisa Shaikhetdinova took a laptop with her. Maybe that was what helped us win.

In your opinion, what sets your website apart from others?

I don’t think that our project was in any way better from other teams’ results. It was a recipe website for three categories of users: complete beginners, advanced cooks, and professionals. Our French supervisors advised us to focus on Russian cuisine only: blinis, Olivier salad, borsch, and so on.

Did you find it easier to communicate with other international students compared to the French?

Absolutely. In the hostel that the competition’s coordinators rented for us and other international students, the atmosphere was very friendly. We gathered there to talk and work on our projects together. We even tried to teach some international students to sing Soviet rock band Kino’s songs, which was fun.

So, you enjoyed your exchange?

Yeah, I really liked it. As this was my first time taking part in such a program, I didn’t expect anything special, so even though there were some things that surprised me in a bad way, it didn’t spoil the fun. Besides, the nature in Annecy is so amazingly beautiful that this alone made it worth visiting.

Apart from that, I’m glad that I had an opportunity to visit IUT. I really liked its architecture, both inside and outside. The university’s students have lunch in either a cafeteria or a cafe nearby. A typical French lunch consists of fried potatoes, some cola, and maybe nuggets. They have two hours to have lunch. In these two hours, they forget about the outside world completely, they just take their time and rest. Nobody works during lunchtime, not only at the university but in the city as well.

I participated in a partial funding competition for participation in short-term international events and research internships. Any ITMO University student can take part in short-term international events twice a year, with ITMO University covering up to 70% of expenses. This is how I became part of ITMO team and went to France.

Would you like to participate in an exchange program again?

Yes, but next time, I’d like to go for two weeks or maybe a month. I’d also like to go to an English-speaking country to improve my language skills, as well as acquire new skills in the field of design and 3D modeling in particular.