Last week, the latest in a series of public lectures about science and technology, organized by ITMO University’s Science Communication Center, was held at the New Holland creative space. This time around, attendees had the pleasure of hearing from Alexander Boukhanovsky, PhD, the head of ITMO University’s School of Translational Information Technologies and the eScience Research Institute, who spoke about the modern state of digital identity technologies and their applications. Below are the key highlights of his talk. 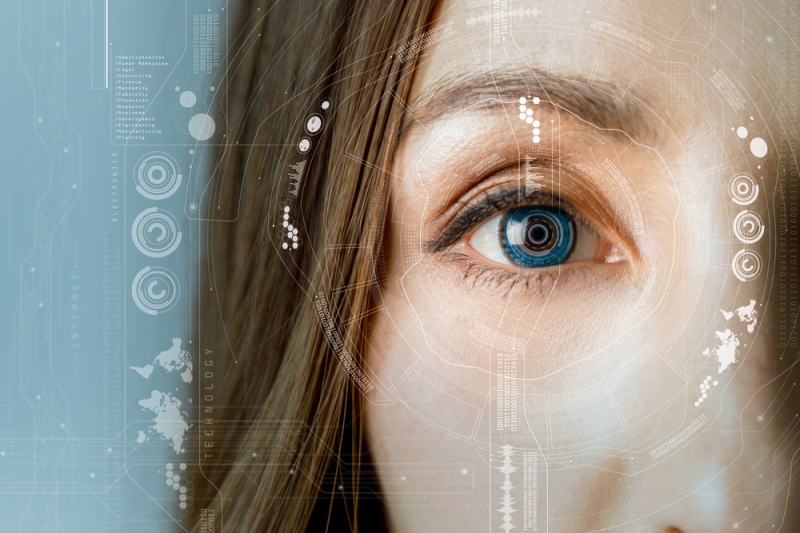 We’ve all heard the word “digitization”, although “digital transformation” is the more appropriate term. But what is that process, really? It is the explosive development of technologies that collect and store data, the virtualization of business processes, the propagation of data at speeds exceeding the speed at which humans can comprehend it, and more. Along with digital transformation comes a new profession: a specialist who can fish the right data from that stream. But is it possible to go even further and digitize that specialist?

Truth be told, the concept of digital identity has been a long time in the making. There are all kinds of projects these days: social networks populated by virtual beings, a bot that adapts to users’ emotional states, a library of human memories, and even a project that aims to develop biological brain preservation tech. The latter suggests preserving a consciousness and converting into an integrated chip some 200 to 500 years in the future. All of these examples are different, but they ask the same question: how do we boil a person down to a digital result of intellectual activity?

When people say “digital identity”, they often refer to the digital near-human, or the digital profile. We all live in a digital world. We carry our smartphones everywhere, we hang out on social media, and we use bank cards to pay for things. All traces of our activity remain in the digital realm. That data may be used to understand our personal qualities, our needs, our surroundings, and even our health.

Our colleagues from Sberbank have done quite well with that concept; in 2018, they came out with the idea of the so-called “resident AI”. According to their proposal, it would be based on data from several sources: the individual’s physiological and genetic traits, their knowledge, skills, and competencies, and the data gathered by replacement organs such as prostheses or implants. The developers hope to digest that data and create a self-sufficient entity.

But here’s the problem: it’s possible to build a digital person, but not based on just that data. That’s the near-human I’m talking about. Even if we know everything about ourselves, that’s still only passive data. You need three elements to create a functioning individual: first, there’s data as an analog of our memory. We use memory to extract information, adapt it to the current situation, and use it. From a mathematical point of view, that is none but a model: a relationship between bits of data, or the second important element. But models only concern the experience that’s already acknowledged and linear. What about intuition and creativity? This is where the third element comes in: an inference engine, a concept from artificial intelligence theory. This triad is what makes it possible for us to talk about a truly digital individual.

What is a digital identity?

In formal terms, it is a system of interconnected data, models, and inference models that allows us to imitate the processes of conscious human activity while interacting with various objects and other persons. That definition applies to at least two types of digital identity (DI). The first is abstract DI. It doesn’t matter if it has a real prototype or not. It’s a synthetic person with “suitable” characteristics, taught using other digital profiles, including real people. The second type is the associated DI, which retains and develops the traits of an original prototype based on its digital profile.

A digital identity’s structural elements are artificial intelligence (what we control), a digital model (how we control it), and a perceived environment.

The current state of technology

Today, scientists are developing several computer models of digital identities capable of formalizing the connections between the data points in their memory, forecast their state, and evaluate the response from their environment.

Take the simplest model of information-based psychological influence. It’s pretty much of jokingly telling someone they have something on their back. Say it once, they’ll laugh. Say it twice, they’ll laugh again. By the eighth time, they’ll be genuinely concerned about finding a mirror. Soon, they’ll start telling the same to others. That’s how information-based psychological influence works: we control the model via the environment and connections.

To make it work, we need big data. It is a necessary evil. It’s characterized by low efficiency, a diversity of sources, fragmental coverage, informational pollution, and low accessibility. In a way, big data is another kind of passive experiment, i.e. one where we don’t collect data in advance and simply use what’s already there.

Current-day models are either good at forecasting and bad at creating scenarios, or good at making scenarios, but in need of subject-specific models. Either way, a whole range of tasks fit into the logic of a digital identity’s ecosystem. Let’s analyze each of them.

HOMO DIGITALIS PHYSIOLOGICA: a digital body for a digital identity

This is a digital identity without an identity. This model is a physiological atlas of a human. We can use it to solve personification issues by reproducing the specifics of physiology and biometric and group identities. One example is training medical staff to work with actual humans.

HOMO DIGITAL DOMUS: a digital identity with its own everyday behavior model

This is a genuine person: a digital identity with a simple behavior model. This is the basis of almost all modern decision support systems. These are the ones that give us content suggestions: what to read, what to watch, what to talk about. They analyze people’s actions towards specific types of content and categorize them by type.

But this is not the only possible use for such a model. Our students play around with auto-generated environments. A program builds a certain kind of model and then checks the user’s ability to navigate through unfamiliar spaces.

HOMO DIGITALIS PRO: a professional assistant… or a digital minion

This is not the kind of digital assistant that makes sure you don’t overspend or reminds you to buy some salt. This one works with professional decision support systems. In today’s world, systems of that kind answer the question of “What should I do to reach my goal?” They use process-based logic. For instance, the support systems that prevent flooding in St. Petersburg answers a simple question: “When do we close the gates to stop the city from flooding?” But systems like that are quite expensive. There’s just one process, but plenty of questions. So what do we do?

This is the case for using an amalgamation of systems – a “digital professional”. Such an entity consists of three parts. First is the digital identity (conversational intelligence), which, like an operator, uses a digital profile’s data (information, mathematical models, a priori knowledge) to find answers to questions. It could be said that we substitute a human’s imperfect memory for the perfect memory of a system. But there is a third element needed for this to work: a digital supervisor (validation and support system) that “keeps an eye” on the identity and profile’s activities. Remember the Terminator movies? They didn’t have a digital supervisor in those.

We can expect the establishment of a digital identity ecosystem. Some will predict the weather, others the arrival of public transport, all while communicating with each other and exchanging data. As for the direction of development of artificial intelligence, I can see two primary directions: the creature intelligence (image recognition, machine vision, verbal synthesis), and decision support systems (thinking and professional support). That is probably the way we’ll go.