Genome Goes Digital: IT in Genetics and Medicine

Vladimir Uliantsev, head of ITMO University’s International Laboratory “Computer Technologies,” has presented the lecture "Bioinformatics: How genomic data helps study the origin of people and the mechanisms of disease development" at the New Holland Island Open Lecture Hall. Those who came to the event learned how today’s scientists acquire genome data, the role of programmers in that process, and what makes the results of that research so valuable. Find the highlights of last week’s lecture in the article below. 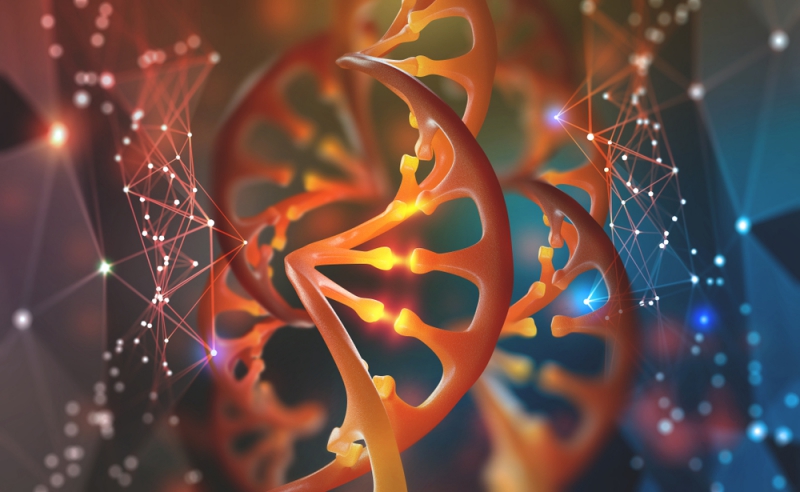 Bioinformatics is an interdisciplinary field that employs Big Data analysis techniques to automate data processing for purposes of biological research.

“Programming is associated with a high level of abstraction; biology, on the other hand, deals with a great deal of detail. That’s why their symbiosis has so much potential: these sciences complement each other. But there are very few people who understand both. And, in my experience, researchers who are able to work at the intersection of sciences are the most valuable staff. There are many such symbiotic sciences today, but computer science is included in most of these pairs. Humanity exists in a digital world, and thus it’s easier to store and analyze information in the digital format,” says Vladimir Uliantsev.

In 1975, scientists proposed the first methods of DNA sequencing, i.e. the extraction of data from the genome. The first full human genome was made public in 2001, and the research cost billions of dollars. Today, we can decrypt a full genome for $1,000. This is made possible by the increased efficiency of sequencing machines; now, scientists can procure the same amounts of data in much shorter times.

Sequencing results in a massive amount of DNA data. Scientists call the entirety of one genome’s data the DNA library. But analyzing that library manually is a problematic task. Bioinformatics specialists develop new algorithms to determine the initial position of each gene. For instance, they’ve developed mapping software, which identifies the proper gene sequence and the relative distance between nodes in a linkage group.

Another key task faced by bioinformatics researchers is the simplification of DNA sequence assembly.

“Grab a stack of newspapers, shred them, and then try to put together at least one page. It’s extremely difficult. Since 2011, researchers have been developing a genome assembler. The St. Petersburg State University’s SPAdes assembler is one of the world’s best products of its kind these days,” explains Mr. Uliantsev.

Metagenomics is a subsection of molecular genetics which studies genetic material procured from natural samples. Common subjects include seawater, soil, or part of the human organism. In the latter case, the most common source of samples is the human intestinal ecosystem.

One application for the findings of such research is in the treatment of antibiotic resistance. Resistance to antibiotics has two common causes: in one case, the patient has not completed their treatment and ended it halfway through. In such an event, the surviving bacteria end up becoming resistant to the medical product in question. In the other case, there is an external source of resistance. Poorly prepared meat of animals treated with antibiotics may contain bacteria with a cultivated resistance. The danger is that there are fewer than ten types of antibiotics in the world. According to even the best-scenario forecasts, 300 million people will die due to antibiotic resistance in the future.

“We developed an algorithm that would assist medical specialists in testing various hypotheses regarding the horizontal transfer of intestinal ecosystems. Biologists are particularly interested in treatment by way of fecal transplants. In addition, our bioinformatics scientists’ research allows us to gauge the similarity between two different environments: for instance, which body of water is the most like Lake Baikal, or which healthy patient’s bacterial ecosystem is the most like that of a patient undergoing treatment. In the future, this technology will help us to determine the most effective treatment methods,” comments Vladimir Uliantsev.

Another important subsection of bioinformatics is the assembly of genetic algorithms that simulate the evolutionary process. Researchers establish a fitness function and model future generations based on cross-breeding and mutations.

According to Vladimir Uliantsev, this approach helps establish a demographic model and reconstruct the history of a species’ development, opening up new avenues not only for biology but also for anthropology and history.