The Experiment: Living Zero Waste for a Week

No one is perfect, but some people still manage to eat a well-balanced plant-based diet, read a gazillion self-development books a month, meticulously reduce, reuse and recycle everything that comes their way, have stress management down to a T, and be totally mindful and present in every moment like the little Buddhas that they are. We are not these people; but in a hopeless attempt to drag ourselves at least an iota closer to that ideal, we’re introducing a new series, The Experiment, in which we try on different parts of an eco-friendly lifestyle and see how painful it is – so that you don’t have to. First up is zero waste living: top, flop, or a lifestyle only befitting to the fairies dwelling in the Neverland? Let’s see to it. 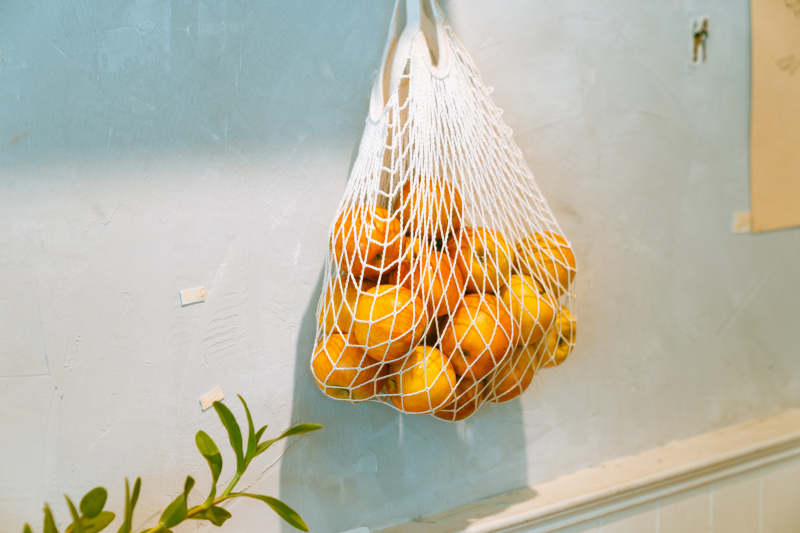 Friday: Sorting it out

To start things off on a good note, I decided to amass all the plastic grime I had and recycle it all away out of my sight and conscience. Hand on the heart, the first part of this task had already been done: I have a no-go zone in my apartment where I store all the things that demand the recycling treatment but fall victim to my usual can’t-be-arsed ways. So my Friday evening agenda was to sort it all through (which you’d think belongs to the realm of “go get a life” activities, but with some TV show playing in the background, is actually kind of grounding) and to bring all this scourge to the environment to my local recycling initiative’s waste collection event set to take place the following day.

I’d been fully aware that recycling is just at its onset in Russia, promoted only by grassroots enthusiasts like the good peeps over at Razdelny Sbor (Russian for “separate waste collection”) initiative, but the unpleasant realization that awaited me was that they stopped accepting a lot of stuff at their collection events because, as I was told, they want people to make use of the facilities nearby. It’s all fine and great, but I the first world problems sufferer am deeply traumatized about what to do with my stocks of PET, or single-use, plastic, as the closest collection point is a significant way away and there is only so many times one can unglue oneself from the couch to venture outside. Oh well.

These gripes aside, I did manage to dump my trash at the event. What’s more, even as I was standing there thinking what to do next with my life, I made a pleasant discovery that all this painstaking effort seemingly didn’t go unmissed by the universe, karma, the source or whatever else people believe in, because throwing my two Tetra Pak boxes (as in, cents, geddit?) into the urn of common undertaking granted me a 10% discount at my local zero waste shop, FreeDom (located just five minutes away from ITMO’s Lomonosova 9 campus, FYI), for the whole whopping weekend.

It would have been rude to refuse, and so I assessed my pantry, wrote a shopping list in a special app (it makes a nice, well-done-you sound when you tick things off, ain’t no paper-squandering notebook is able to do that), rummaged around for some random containers and jars to pack it all in, and headed to the shop. There, I bought some lentils, quinoa, rice, oats, pasta, spices, nooch (also known as, parmesan who?), nut butter, chocolate and even some toothpaste, a nice-smelling solid shampoo bar and some coconut oil, because Fleabag taught me that it is a great body moisturizer and you can also eat it and stuff. And that’s only a fraction of what they sell, and it isn’t even the largest zero waste shop in town.

I’m only writing all this to show that turns out, coupled with some fresh produce from a regular shop (which you can buy in reusable produce bags to avoid their plastic counterparts – did you know it takes the latter 500 years or more to decompose, meaning that the first bags ever produced are still very much alive and kicking – us closer to the swift demise of the planet, that is?), you could fully live off of zero waste shops nowadays, especially if you’re plant-based (here’s our article on being plant-based in St. Pete). It all comes at a bargain too, and the food is really delicious.

Sunday: To snack or not to snack?

Engrossed in calculations of all the money I have been saving from escaping the godawful plastic atrocities of excessive consumerism, moseying around the next day I didn’t notice exactly how I entered my local Prisma and ended up at my favorite place, their hummus stall. As I began to mindlessly stuff my cart with boxes of my favorite hummus and some Korean pickled veggies, I discovered, with light leaving my world and chills all over, that it all comes in plastic packaging (it’s weird how you stop noticing that).

Upon closer examination, I established that it’s of 5 PP type which technically makes it recyclable, but still not ideal, because plastic can be recycled only for a limited amount of times. So I spent the lion’s share of my Sunday morning scouring the nearby shops for a better option and found glass-packaged hummus at Vkusvill, which turned out to be okay-ish in taste. I guess that the moral of the story is, look for more eco-friendly options for your snacks of choice, and you shall find. (Or change your snacks of choice, you know, as an alternative, though a hateful one.)

Waking up on a Monday sucks as it is, but it is even more horrible when you realize that taking zero-waste vows means that you need to do a meal prep. But I think I’m onto something with my motivation boosting solution: I printed out a photo of some yucky plastic waste found in our oceans (boy the Earth must be missing the times when there were just dinosaurs and single-cell amoebas around), and hung it opposite my bed to see it first thing when I wake up.

Hygge-inducing it is not, but it does help resist the temptation of throwing in the towel and ordering a takeaway, or at least for now (there are worse photos around, I suppose, in case I get desensitized). So, teeth clenched and cursing rather unseemly, I did do a meal prep, thanks to which I wouldn’t be dying of hunger bereft of lunch for the following five days. Yay.

Tuesday evening, I was stuck between the disheartening choice of either reading a tedium-central book for that book club I started attending or practicing French grammar (read: the actual torture), so, naturally, I went on YouTube to procrastinate. But the green lifestyle I have been living must be doing something, because instead of going for my usual rabbit ASMR and downright kook like “What Happens When You Fall Into a Black Hole” (you guys, there’s a 360 degree simulation of this and I’m obsessed), I got sucked into KonMari decluttering content (another kind of black hole, you would say).

It all started with the discovery of KonMari folding method, which fools you in because it’s kind of sadly comforting to watch, and continued with 3+ hours of Tidying Up with Marie Kondo, which is like a televised meeting of Hoarders Anonymous with floating-in-air conclusion that you, yes you, you watching, also need to seek help, ASAP.

I duly did, by attempting to do some decluttering the following day. A couple of hours, meltdowns, and snack intermissions later, I had two bags full of old clothes which through doing some research I discovered can be taken down to H&M and Monki stores for recycling (you also get a small discount as a result, which, granted, is no more than a fast fashion ploy to make you spend more money on supporting their rather murky business model). A more reliable option is Spasibo, a St. Petersburg charity shop which recycles worn-out garments and hands out those in better condition to people in need. It obviously also functions as a regular thrift store, as in you can shop for clothes there, which saves you a lot of money and makes you a real-life environmentally-conscious superhero at the same time.

Every success story has at least one failure, and mine came in the form of trying to make a DIY dishwasher detergent. They do sell it at FreeDom, but this experiment has led me into a state of major bargain intoxication, causing me to think that I can easily do it myself. Little did I know that apart from being an inveterate cheapskate, I am also a bumbling idiot, and would cut myself dicing lemon and ruin my cheap-ass blender at a later stage, despite the fact that the recipe was pretty straightforward. I guess I will be sticking to wrapping-free household soap from now on.

But mine is a helpless case really and I would encourage you to give DIYing a go. There are tons of recipes out there with all kinds of ingredients and maybe my mistake was not choosing a more foolproof option.

Taking stock on my day of reckoning, I came to the conclusion that committing to a zero-waste lifestyle isn’t as impossible as I imagined. This judgement does come from a more-or-less privileged position in that I live in Russia’s second-biggest city and there is infrastructure to live that life, but the more universal lesson I’ve learned is that in most cases, there is a better alternative available, and you just have to grasp the basics of what’s good and what’s bad to see it.