For most guests and citizens of St. Petersburg, the name “Pulkovo” brings thoughts of packed luggage, check-in lines, and airline peanuts. But just a mere 4 kilometers away from Pulkovo Airport you’ll find the Pulkovo Observatory – a UNESCO World Heritage Site and underappreciated landmark that you’ll enjoy whether you are down to earth or have your head up in the clouds. 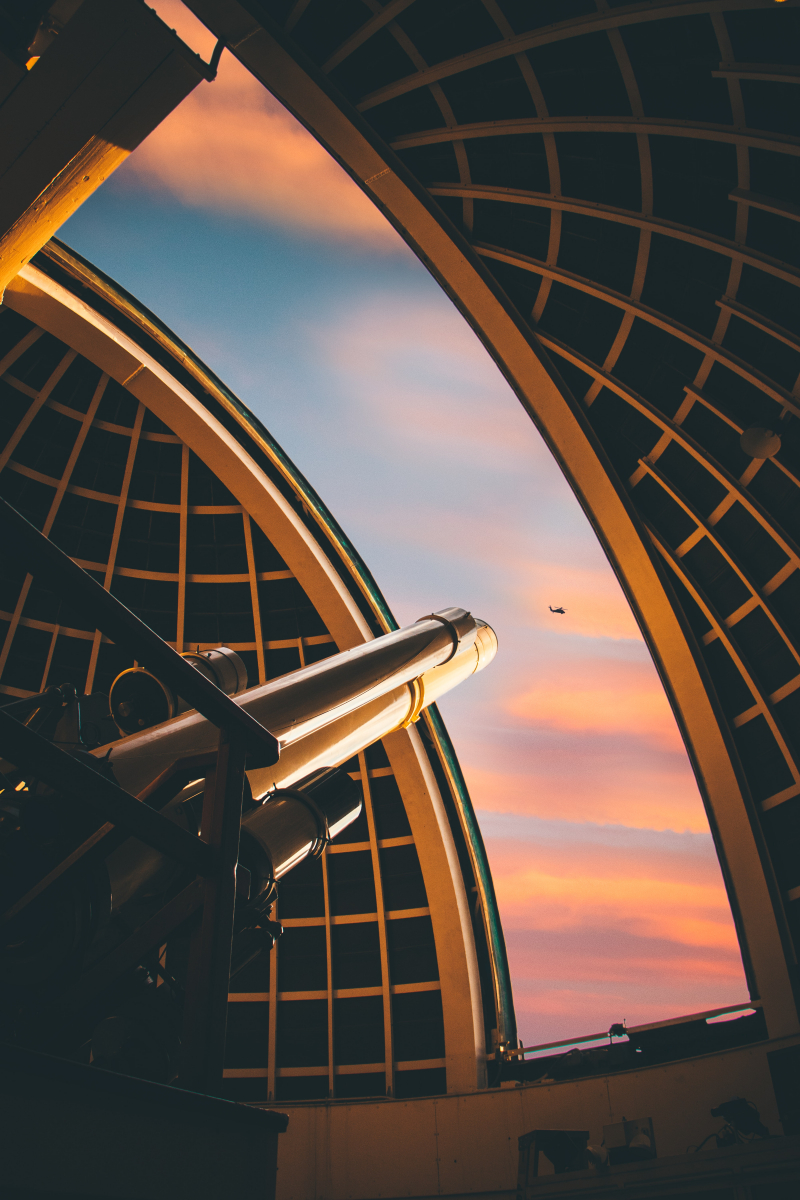 Founded in 1839, Pulkovo Observatory, or Imperialis Primaria Rossiae Specula Academica as it was known at the time, had once been home to the world’s largest refractor telescope. Established during the reign of Emperor Nicholas I, it has operated ever since and even survived two wars at its very doorstep. In that time, its staff has been expanded from eight to 282; its research covers numerous areas of modern astronomy: celestial mechanics and stellar dynamics, astrometry (geometric and kinematic parameters of the universe), the Sun and solar-terrestrial relations, physics and evolution of stars, and astronomical engineering. The Pulkovo Observatory was the point of origin for the Struve Geodetic Arc, the unique chain of 265 triangulation points stretching from the Black Sea to the Northern coast of Norway.

As befits a place with such a storied past, Pulkovo Observatory is home to a vast array of astronomical equipment: from a recently-restored 19th century meridian circle to a massive Soviet-era radiotelescope array and modern-day astrographs.

As visitors enter the Observatory’s main building, they stumble on a small circle marked with a rope fence; this circle marks the Pulkovo Meridian, which passes through the very spot and was the point of reference for all Russian maps until the 1920s!

Of course, the highlight of any visit to the observatory are the many stargazing instruments, – some of which you might get to use – but if you lower your gaze towards the ground, you’ll discover the beauty of the surrounding park. Small though it is, Pulkovo Observatory Park is often praised for its serenity and views of St. Petersburg from 75 meters above sea level – one of the highest natural spots in the city’s vicinity. Walking through the park, you might stumble upon a yellow dome-shaped building housing the 65cm refractor telescope; stories say that the Carl Zeiss-produced instrument was designed as a gift for the amateur astronomer Benito Mussolini from Adolf Hitler, but was captured by the Red Army during World War Two and sent to St. Petersburg.

Although the Observatory’s grounds are freely accessible during most of the day, those wishing to visit its Astronomy Museum will need to sign up for a guided tour. The museum’s website includes a handy calculator to help you figure out the price (do mind that payments are in cash only!) for any of the tours on offer for a group of anywhere between one to twelve members. There are two day tours, – Standard and Advanced – during which visitors may get the chance to explore sunspots using a projection telescope, and the evening tour, during which you may join a professional astronomer in observing planets, the Moon, stars, galaxies, and other breathtaking celestial phenomena. Provided there is a clear sky, of course.

Once inside the Museum, visitors will learn the history of Russian astronomy, explore various artifacts dating between 19th and 21st century, stand on the Pulkovo Meridian, and, most importantly, get close to some of the Observatory’s sophisticated equipment: the main refraction telescope, the Large Pulkovo Radio Telescope, the Solar Telescope, and many more.

The Observatory, despite its placement outside the city proper, is not that difficult to reach; outside of rush hour, a taxi ride to Pulkovo Heights from the city center may only take as little as 30 minutes. Using public transit is a great option, too: the bus and minibus routes 90, 150, 155, 290, 301, 431, 403 and 449 all depart from the Moskovskaya metro station and stop right outside the Observatory at Pulkovskoe Highway 65.