Russia is known as a multinational country, and rightfully so – around 200 ethnic groups inhabit it and each of them has its own unique culture. Today, let’s talk about the Finno-Ugric peoples of Russia and where you can learn more about them without having to leave St. Petersburg. 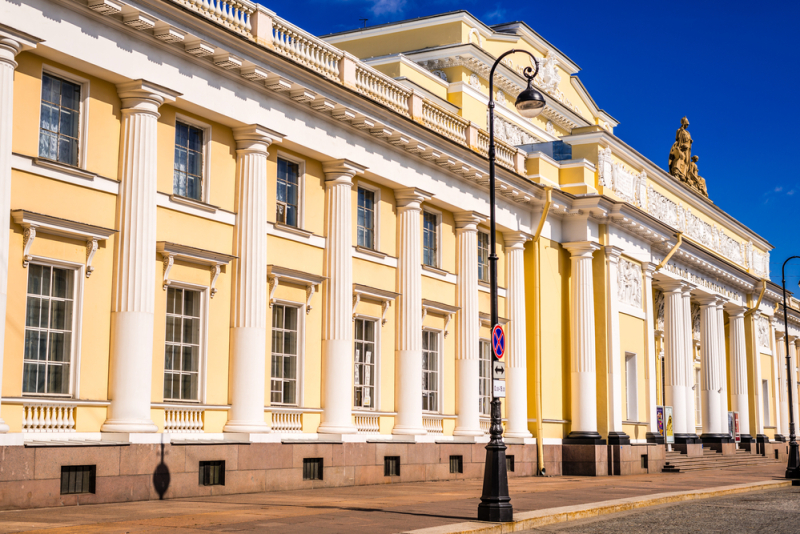 Finno-Ugric peoples are believed to have originally inhabited the Ural region, but over time, they have spread as far as Central Europe, forming many separate peoples. As of now, only three of them are represented by independent states, which are Hungary, Estonia, and Finland. Other, smaller Finno-Ugric peoples – Mordvins, Karelians, Komis, Izhorians, Vepsians, Khanty, Mansi, Udmurts, Maris, Votes, Livonians, and Sami – inhabit various regions of Russia, Estonia, Norway, and other countries.

St. Petersburg happens to be located near some of the areas where Finno-Ugric peoples live: for example, there are Izhorians living in Leningrad Oblast, Karelians and Vepsians in the Republic of Karelia, and Setos in the nearby Pskov region, not to mention the close proximity of borders with Finland and Estonia. Therefore, it’s not surprising that there are several local venues you can visit in order to find out more about Finno-Ugric culture.

For starters, you can visit a couple of libraries where you’ll find lots of useful information on the topic in various languages. You can visit the National Library of Russia, one of the world’s major libraries. One of its departments – the National Literatures Room – stores books in more than 100 languages used in Russia, the Baltic countries, and the former Soviet republics. Among them are rare editions of books in languages of indigenous peoples of Russia, including the Finno-Ugric peoples.

Another multilingual collection of more than 7,000 books is available at the Library of National Literatures on Sadovaya St. 33. It’s a very cosy place where you can find literature in small languages of the Russian Federation, including textbooks and other language learning materials, as well as visit exhibitions, workshops, and lectures. You can find more info about upcoming events on its VK page.

Among other local venues with a Finno-Ugric spirit there is the Finnish Institute in St. Petersburg, which helps establish cultural connections between Finland and Russia. In order to achieve that, the Institute not only holds various events, such as exhibitions and movie screenings, but also has a library on its upper floor with a lovely book collection.

Many interesting events also take place at the beautiful St. John's Church, perhaps the most Estonian location in St. Petersburg. Its history goes back to the mid-19th century, when St. Petersburg had a rather large Estonian population. Now, it functions not only as a church, but also as a concert hall. You can learn more about upcoming events on its website.

You can also find permanent and temporary exhibitions related to Finno-Ugric culture at the wonderful Russian Museum of Ethnography. For example, until December 12, 2020 the Solar Symbolics in Traditional Embroidery of Baltic-Finnic Peoples exhibition is open there. It displays objects of Vepsian, Izhorian, Karelian, Seto, Finnish, and Estonian cultures.

In Leningrad Oblast – more specifically, in the village of Vistino (about 100 kilometers from St. Petersburg) – you can find a museum dedicated to Izhorian culture. The Izhorians are one of the smallest Finno-Ugric peoples and had originally inhabited the Baltic coast between Narva, Estonia and St. Petersburg, Russia. The Izhorsky Ethnographic Museum is not only a place for exhibitions, but also a center for the preservation of Izhorian culture. Here, local school students can learn their native language and study traditional crafts such as embroidery, pottery, and wood carving.

As you can see, there are many great places you can visit to learn about Finno-Ugric culture even in St. Petersburg alone, so – explore and get inspired!

If you would like to learn more about the diverse culture of the Russian Federation, check out our previous stories about the country's coldest places, the Yamal Peninsula, and other regions.