In 2019, the Peter the Great Museum of Anthropology and Ethnography, or Kunstkamera, a longtime partner of ITMO University, is celebrating its 305th anniversary. Among the events held on this occasion was the lecture “Kunstkamera – the First Russian Museum: 305 Years of Tradition” by tour guide Natalia Rikter. Here are some of the highlights from the history of Russia’s first museum. 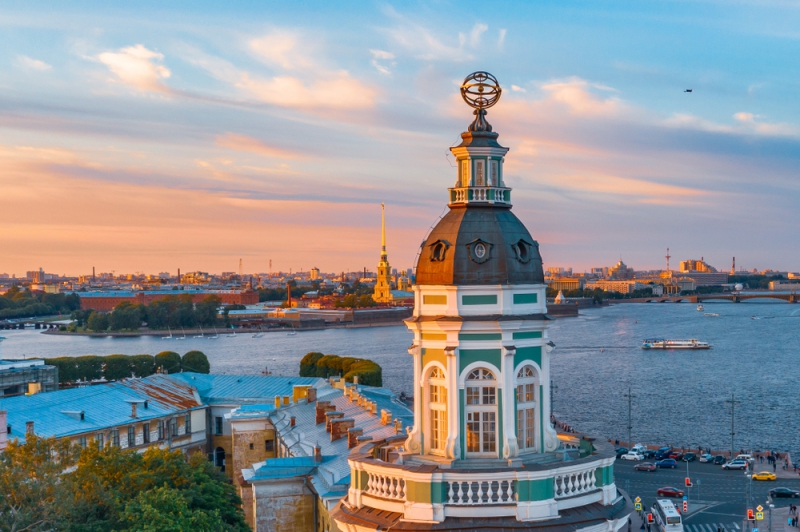 A child of ten architects

The Kunstkamera, Russia’s first public museum, was established in 1714 when Peter the Great had ordered to bring his collection of rarities and curiosities from Moscow to the newly-founded St. Petersburg. The items were placed into a room dubbed the Kunstkamera – “a cabinet of curiosities”. A special building began construction in 1718.

The project, however, suffered from bad luck. Its first architect, Andreas Schlüter, died before the foundation was laid having only managed to produce the initial design. His assistant, Georg Johann Mattarnovi, took over his mentor’s project, which he oversaw for just a year before dying in 1719. He was followed by Nicolaus Härbel, who also did not live to see the project completed and died in 1724. The building’s fourth architect was Gaetano Chiaveri; reportedly, Peter the Great personally took part in his work.

“Some of the Kunstkamera’s halls have these large windows that are a present from Peter himself. When Chiaveri presented his sketches, the windows were smaller, to which the Emperor said that here in the North, where it’s overcast and gloomy, larger windows would provide more light,” explains Natalia Rikter.

Chiaveri, too, was unable to finish his work: after him, the building was completed by architects Zemtsov, Schumacher, and Trezini. In 1747, after the building was severely damaged by a fire and its tower partially destroyed, the reconstruction was carried out by Savva Chevakinsky, an architect and friend of Mikhail Lomonosov. According to Rikter, when the great scientist saw sketches of the new grand hall where scientists would assemble, he jested that it “smelled less of academic debate and more of dinner”.

Yet, the tower was never restored. For over 200 years, the building stood “headless”, and only after World War II was the decision made to restore its upper tower section and dome, a project carried out by architect and historian Robert Kaplan-Ingel.

Peter the Great had put a lot of effort into expanding his collection, ordering others to bring him rare and curious items: from unusual animals to stones inscribed with ancient writing. Sometimes, the nobility’s desire to please the Emperor and make an especially valuable contribution to his collection resulted in humorous outcomes.

“The St. Petersburg Vedomosti newspaper, which has remained in publication practically since the city’s founding, reported that “Hetman Skoropadsky of the Malorossiya sent in two “monsters” (archaic term for children born with severe genetic mutations – Ed.), one male and one female, conjoined, and a two-headed calf. Duke Golitsyn, meanwhile, sent two ordinary dogs which, according to a certificate, were born to a 60-year old spinster,” shares Rikter.

Besides being a museum, the Kunstkamera has also been known as one of the nation’s most important scientific centers. Its staff made several world-class discoveries. For instance, Yuri Knorozov made a breakthrough in linguistics when he deciphered the Maya script.

His research on the history and language of the Maya peoples brought him not only national but global fame. During his thesis defense, the board had decided to immediately award him the highest degree of Doctor of Science – even though he had been applying for the lesser Candidate of Sciences degree.

Knorozov based his studies on the collection and analysis of a large amount of data which allowed him to pinpoint some 355 non-repeating symbols in the Mayan writings. Then, he identified the root words in the form of common groups of symbols, and then – other groups of symbols connected to these roots. All this allowed him to uncover the meaning of these ancient symbols.

“He would be invited to international conferences and not even know it – the KGB replied on his behalf that Knorozov is very busy and cannot come,” says Rikter. “He only went abroad once, to a congress in Copenhagen. After that, he was not allowed to leave the country. Knorozov was a harsh man, quick to speak his mind, and even his handlers didn’t know what to expect from him.”

Yuri Knorozov’s creative legacy lives on at Kunstkamera today. In the summer of 2019, a compendium of the scientist’s best works was unveiled at the museum.

“The Kunstkamera continues to carry out the mission it was given by Peter the Great: not only to show and to enlighten, not only to teach but to learn, as well. Our museum continues to do all of these things to this day,” concludes Rikter.