ITMO University in Top-300 of THE Physical Sciences Subject Ranking

The latest Times Higher Education subject ranking of world universities in the field of Physical Sciences has just been published. ITMO University made its debut in the ranking two years ago and has been improving its position. In this year’s ranking, which includes over 1,000 universities, ITMO is placed 251-300. 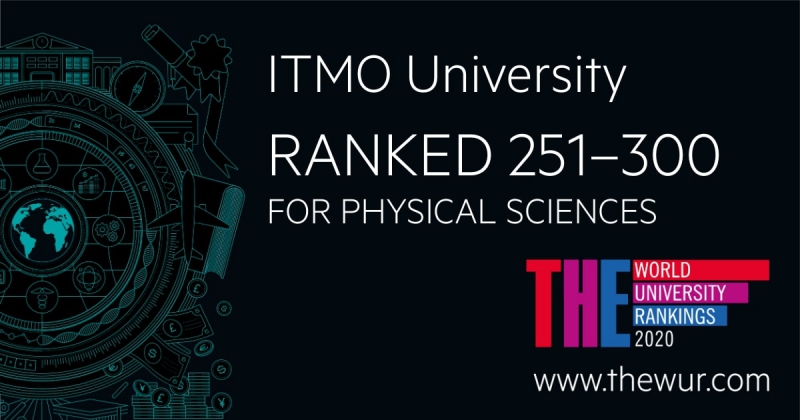 The Times Higher Education subject ranking in Physical Sciences includes the world’s universities focusing on STEM fields, such as mathematics, physics, astronomy, chemistry, geology, statistics, and environmental sciences. ITMO University made its debut in the ranking two years ago in the 401-500 place. In 2018, it managed to move higher and was placed in the 301-400 range, while this year, it has made it to the top-300 and was placed in the 251-300 range.

ITMO University is gradually improving its positions in the subject ranking, even though the number of universities assessed by the ranking’s experts is growing. While last year, it included a total of 963 universities, in 2019, it’s already 1,054.

In order to be featured in the THE Physical Sciences ranking, a university must have at least 500 publications in the corresponding subject area in the period between 2014 and 2018. In addition, no less than 5% of its staff must work in this subject area. The overall number of university staff is also taken into account.